Contrary To Popular Belief, Seafood May Be The Key To Human Fertility And Healthy Babies

Believe it or not, seafood and pregnancy might just go hand in hand. 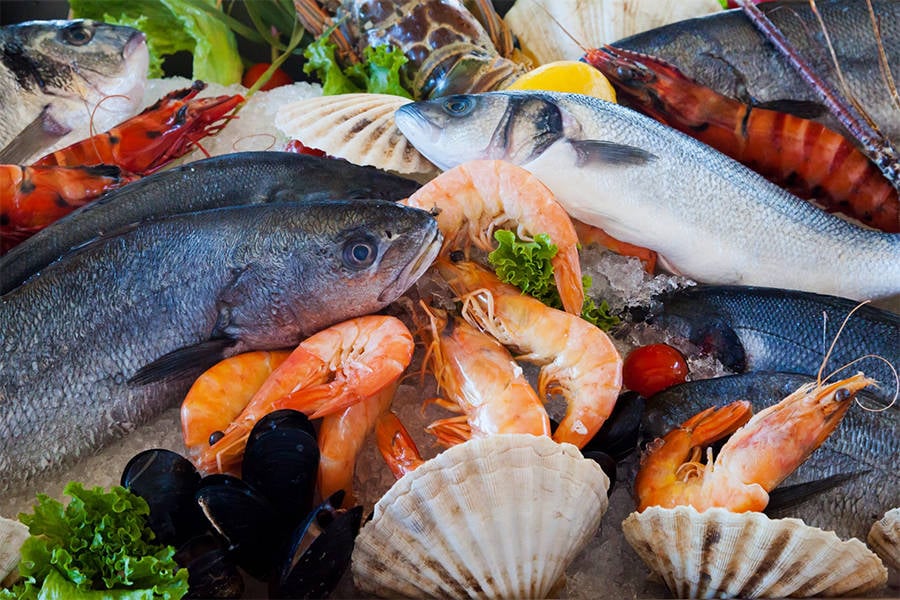 Public DomainSeafood may not be bad for you during pregnancy after all.

For years, women who are pregnant or hoping to get pregnant have avoided seafood like the plague. Fears of mercury poisoning them or their unborn babies were backed by science, resulting in the consuming of sushi, fish, and shellfish becoming wildly taboo.

Now, a new study claims that eating seafood not only is fine for pregnant women but could help couples conceive faster.

Published in The Journal of Clinical Endocrinology & Metabolism, the study claims that a diet rich in seafood increased the frequency of sexual activity, and reduced the time to conception.

According to Audrey Gaskins, one of the study’s authors from the Harvard T.H. Chan School of Public Health in Boston, Mass., the researchers found that a higher dosage of omega-3 fatty acids (present in seafood) were linked to better markers of fertility. Things like semen quality, menstrual cycle function, and embryo quality were all improved with higher amounts of omega-3’s.

While some questioned whether the relationship between a diet high in seafood and increased sexual activity was simply correlation and not causation, Gaskins pointed out that the link is biological, in addition to psychological.

“We postulate that the observed association between seafood and fecundity independent of sexual activity could be driven by improvements in semen quality, menstrual cycle function (e.g. increasing the likelihood of ovulation and levels of progesterone), and embryo quality as previous studies have observed these benefits with higher seafood/long chain omega-3 fatty acid intake,” she added.

As far as eating fish during pregnancy goes, the study addressed that as well, citing data from the Food and Drug Administration that shows mercury levels in fish are actually lower than most people think.

“Fetal methyl-mercury exposure has been linked to adverse neurocognitive consequences. So yes, these concerns are based in fact,” Gaskins said of pregnant women’s wariness toward fish and seafood. “However, according to the Food and Drug Administration and the Environmental Protection Agency, 90% of the fish eaten in the United States is low in mercury and safe to eat.”

“Moreover, although these agencies recommend women to consume two to three servings of lower-mercury fish per week, 50% of pregnant women still eat far less than the recommended amount,” she said. “Our study has previously published findings on the associations between male and female blood mercury concentrations (in the same 501 couples) and found no association between mercury concentrations and TTP.”

So, it seems that the age-old wives tales warning against sushi consumption while pregnant may not be true. While there is still mercury in fish, it is more than safe to eat while pregnant and if you aren’t pregnant, it may help you get there.