Seattle May Launch Housing Where Homeless Can Use Heroin 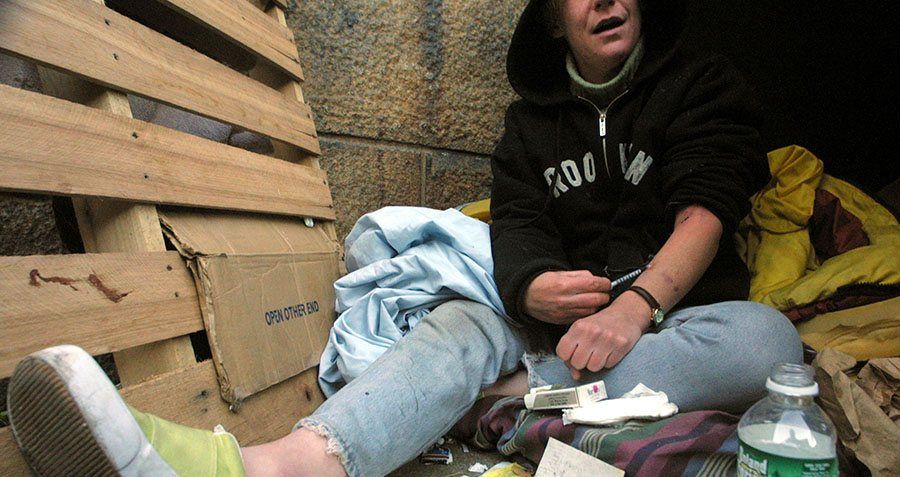 It’s no secret that the United States is in the throes of a heroin epidemic — it remains comparatively less known what exactly to do about it.

In the face of what the United Nations has deemed a 20-year high in heroin users across the country, the city of Seattle has endorsed something bold: Create spaces for addicts to consume the drug safely.

Such a measure, announced on Monday by Seattle’s Heroin Task Force, would be a national first, the Seattle Times reports.

That the proposal comes from Seattle is not entirely surprising. In March, Seattle Mayor Ed Murray announced the official launch of the Heroin Task Force, which the Times reports is charged with finding ways to expand treatment for heroin addiction — including providing heroin on demand.

Seattle, like many other parts of the country, has seen a sharp rise in heroin overdoses over the past several years. Indeed, the Times reported that 2014 marked a nearly 60 percent spike in heroin-linked fatal overdoses, the sharpest rise in 17 years.

The city’s homeless population is particularly vulnerable to the drug; the Times reports that overdoses are the leading cause of death among the homeless.

Thus the safe-consumption sites for addicts serve a dual purpose: They will allow addicts a place to manage their addiction in a supervised environment — and keep them out of alleys, streets and homeless encampments such as The Jungle where use of the drug spells physical danger beyond overdose.

The Times reports that the task force will release formal recommendations next month, and in the meantime is exploring just what these sites might look like.

Some task force members have looked to a Seattle building known as “1811.” That estate, located on 1811 Eastlake Avenue, provides a home to 75 chronic alcoholics who can drink in their rooms and receive on-site treatment should they choose, the Times reports.

According to two studies — one published in 2009 by the Journal of the American Medical Association and another in 2012 by the University of Washington — 1811 saved both money and lives, to the tune of a $4 million-per-year break to taxpayers and decreased alcohol consumption among residents.

Task force members like Patricia Sully believe that 1811’s successes can be applied to an array of illnesses. “1811 Eastlake has shown great results, and there is every reason to believe that a similar model for people who use drugs would show equally impressive results,” Sully told the Times.

That’s not to say that these on-site consumption centers will be an easy sell, though. In the past, taxpayers have balked at the idea of funding housing that permits residents to consume illegal drugs, and have criticized models which they think only aid the addiction and enable “criminal” addicts, and treat neither.

Still, task force members argue that simply telling people to stop their addiction does little in the way of solving anything — and that past programs that encourage supervised use of a given substance have actually worked.

“We heard the same objections around needle exchanges and methadone, that it was just enabling,” Dr. Jeffrey Duchin, a task force co-chair, told the Times. “Now we know those are wrong. Methadone is a very important tool. I’m optimistic we’ll see sort of an evolution of thinking.”

“You just can’t drop a habit because people say you have to,” Jackie Godfirnon, a 60-year-old recovering addict, told the Times. “This is why people stay on the streets, because sometimes you need something else to get by.”