The Westchester County, New York, resident has since filed a lawsuit. 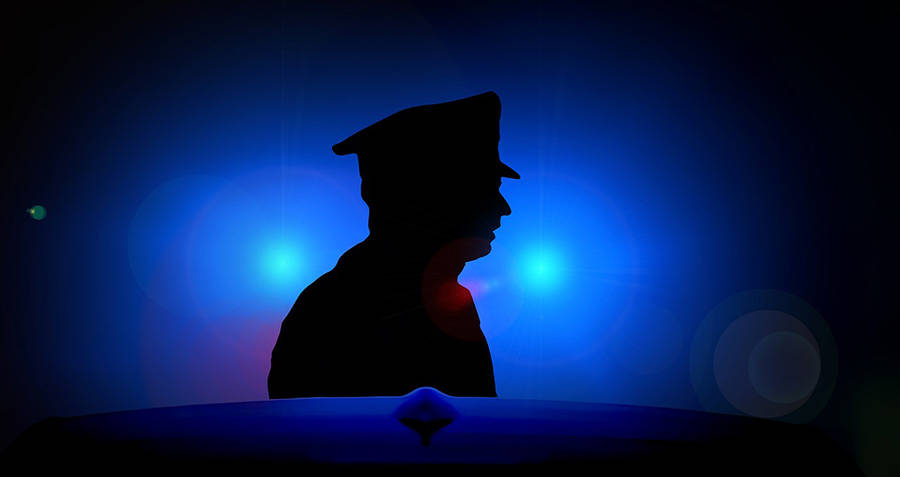 “They had my arms pinned and their knees to my chest and they’re still shining the light in my eyes…and then they turn me around and squeeze my elbows together behind my back, and one of them has a knee in my back, and my legs go numb.

I tell them I can’t breathe but the knee’s still there. I hear something crack and they crisscross my hands and cuff them and pull me up by the back and my chest starts killing me.”

Those are the words of Louis Tramunti, 37, who had his back broken by police in Greenburgh, New York, just after he had a heart attack, the Daily Beast reported on Thursday.

It all happened in April of 2016. According to Daily Beast reporter Harry Siegel, who is friends with Tramunti and whom Tramunti implored to tell his story, Tramunti’s wife Szilvia awoke early one morning to find her husband in the throes of what she believed was a heart attack.

Szilvia proceeded to call 911 “for the first time in [her life],” telling the operator that Tramunti was having a heart attack.

The EMTs arrived, and saw an out-of-it Tramunti with Szilvia, who has blood on her shirt from a stress-induced nosebleed. At this point, the EMTs called the police, assuming that they had arrived on a domestic assault scene.

The police arrived soon after they received the call. According to Tramunti, barely standing at this time and not responding to police, they shined a light in his eyes. Before he knew it, he was on the ground.

“I’m landing on my back and hitting my head at the same time,” he said.

They then started telling Tramunti that he had abused his spouse.

“Someone’s saying to my wife ‘Don’t sugarcoat it, honey, we know he beat you up,’” Tramunti said. “And then I’m outside, in my fucking underwear, in the fucking snow, before all my neighbors.”

By Tramunti’s account, the cops handcuffed him while inside the ambulance, and said “You beat your wife up. Is that the kind of man you are?”

When Tramunti finally arrived at the hospital, doctors said that he had a seizure, not a heart attack — and a broken back.

“They found I had four fractured vertebrae,” Tramunti said. “I was in so much pain from my back and then on so much pain medication that I didn’t realize, and the doctors didn’t find until days later, that I’d also torn the tendon between my chest and my ribs.”

Tramunti spent five weeks recovering from the incident, and has since filed a lawsuit against the Greenburgh Police. In a statement provided to the Daily Beast, Police Chief Chris McNerney wrote:

“We are committed to vigorously defending yet another frivolous lawsuit against a police department. We are looking forward to the facts being presented in a court of law, as there is not one credible piece of evidence to support this outrageous claim.”

According to Tramunti’s lawyer, Steven Falkoff, it may be a hard case to win.

This wasn’t 20 minutes but 15 or 20 seconds,” Falkoff said. “EMS tells the cops to get in there fast, because they see the wife bleeding and Louis out of it. Cops get there and maybe it’s reasonable to take Louis down to the floor when he doesn’t respond. It’s the amount of force they used to take him down that’s the issue here.”

Amid the legal battles and enduring consequences, Tramunti appears to have found new common ground with his friends.

“When I tell my black friend [about lack of support], he just says ‘that’s how it is.’”