Inside Semana Santa, One Of The World’s Strangest Easter Celebrations

See the beautiful, mysterious traditions of Semana Santa, the annual commemoration of the Passion of the Christ.

On the Sunday before Easter, many Catholic countries begin celebrating Semana Santa, or Holy Week, an elaborate religious observance that will last until the day before Easter. Among the festival’s many rituals, the solemn street processions held in the main participating cities arrest the eye with their intimidating aesthetics and aura of mystery: 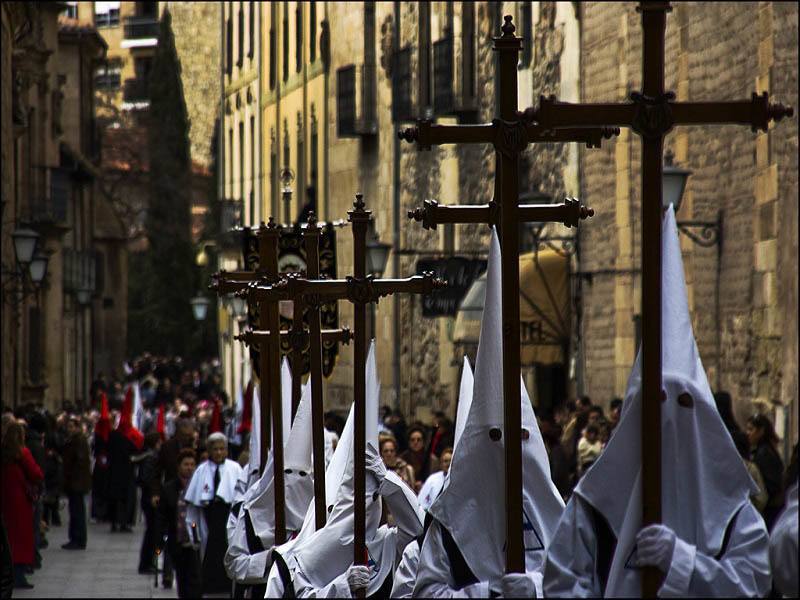 In the Roman Catholic world, Semana Santa marks the commemoration of the Passion of Christ. The week-long holiday is dedicated to the remembrance of Biblical events, from Jesus’ arrival in Jerusalem to his burial following the Last Supper and the Crucifixion. Wikimedia Commons 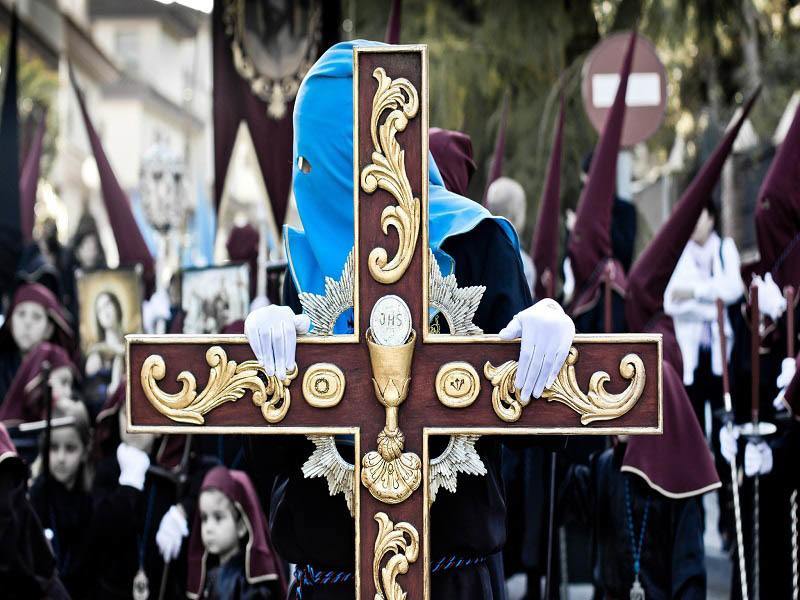 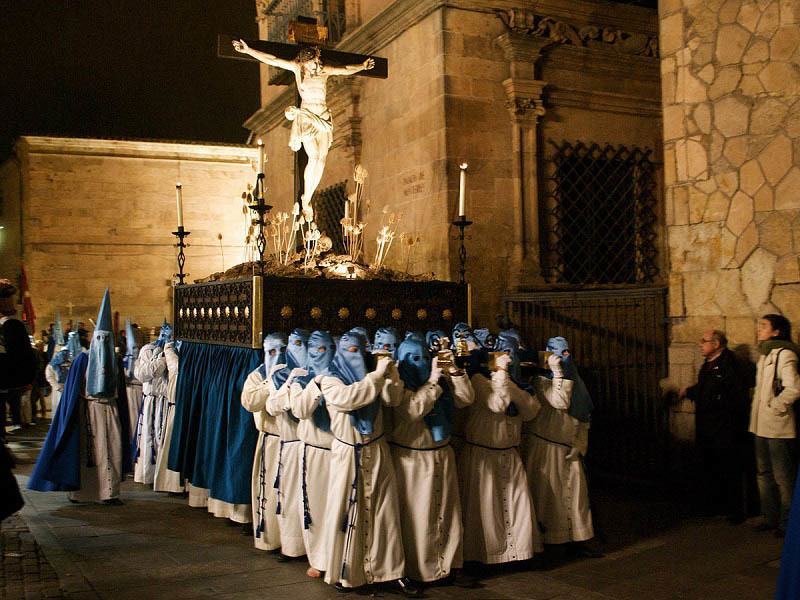 During Holy Week, religious brotherhoods and fraternities perform penance processions in the streets of observing cities as a spectacular expression of popular piety.Wikimedia Commons 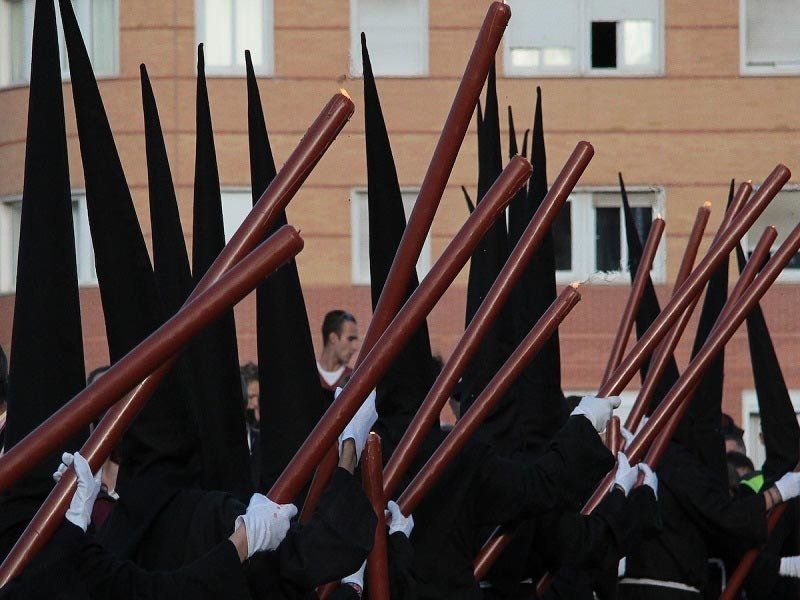 Most of the Semana Santa traditions and brotherhoods have their origins in medieval times, although a number of them were created during the Baroque period and recent centuries. Flickr 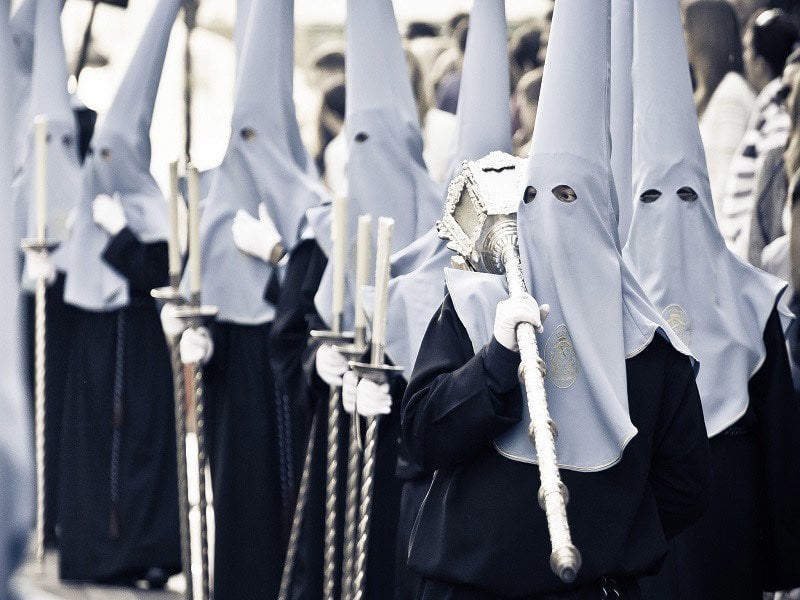 Any Catholic person can become a member or “hermano,” but family tradition has a significant influence on the choice of, and acceptance into, one of the brotherhood circles. Flickr 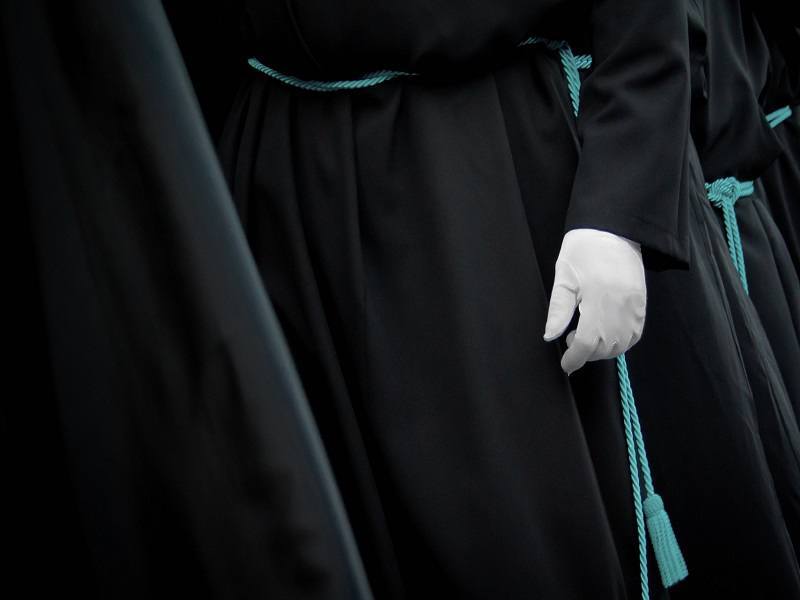 Most participants in the parades wear the traditional penitential robe, or nazareno. Flickr 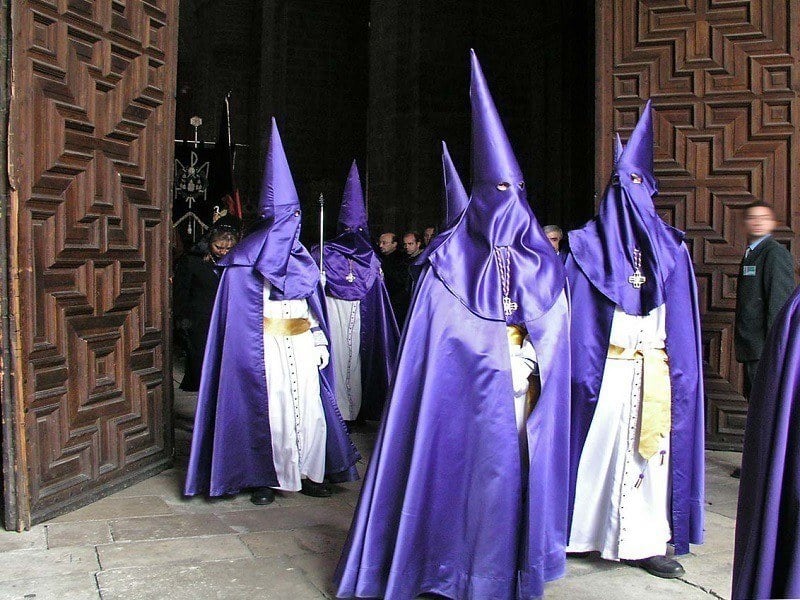 The shapes and colors of the garments vary according to the fraternity and procession, although purple is favored in a number of locations.Wikimedia Commons 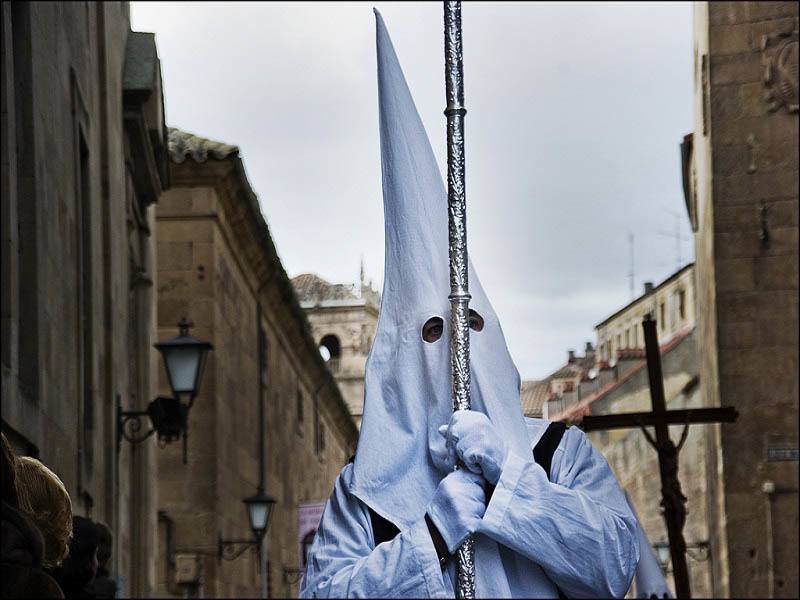 The nazareno outfits involve a tunic and a long, conical hood with a pointy tip, called capirote or capuchon. Flickr 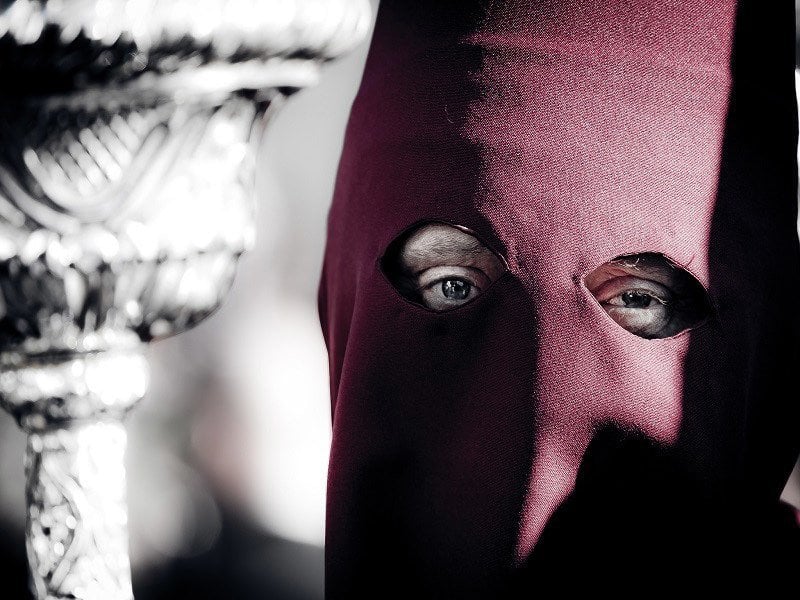 In the Middle Ages, the dissimulating robes and masks allowed participants to show penance while concealing their identity. Flickr 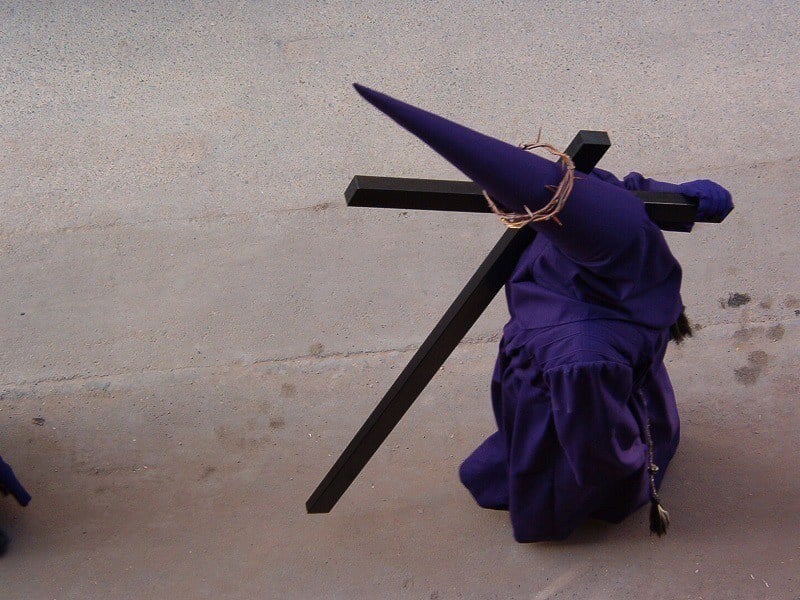 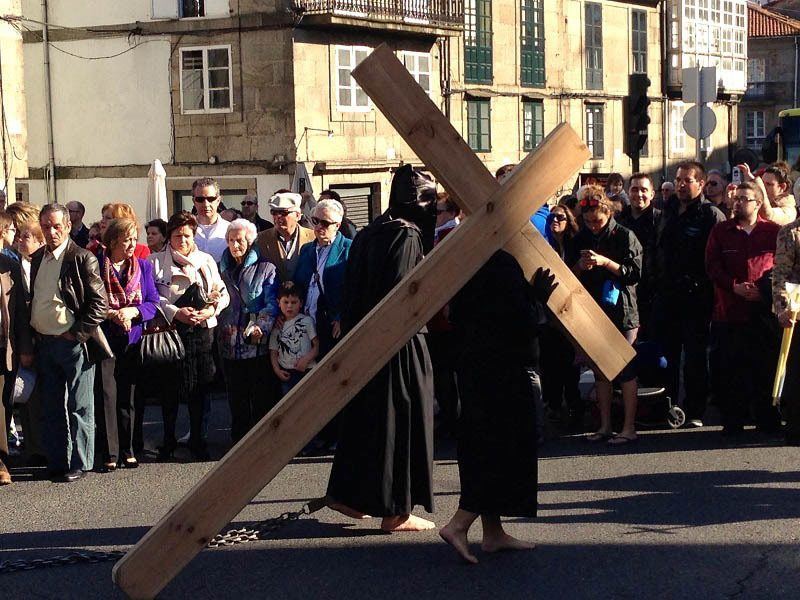 Penitents may also occasionally walk barefoot and wear chains or shackles around their ankles. Flickr 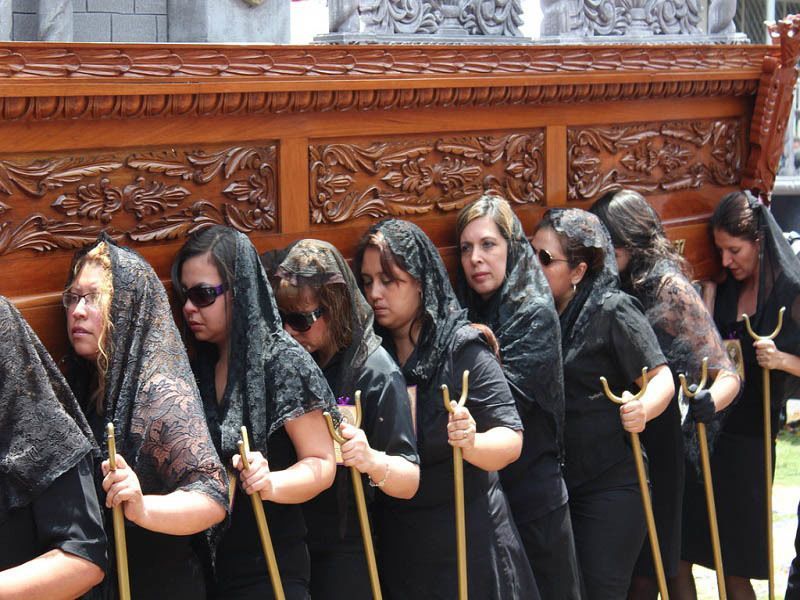 They are normally followed by women dressed in black who carry processional candles.Flickr 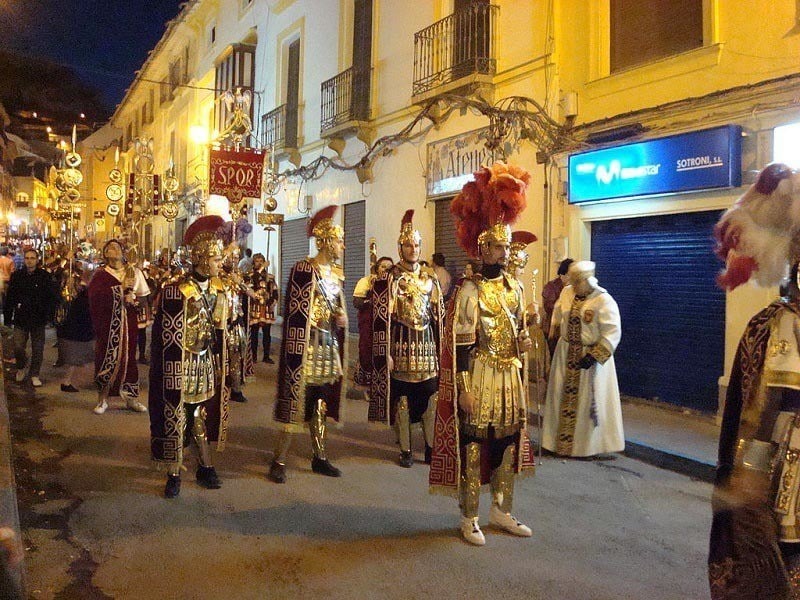 Other members of the processions dress up as soldiers of the Roman Legion. Wikimedia Commons 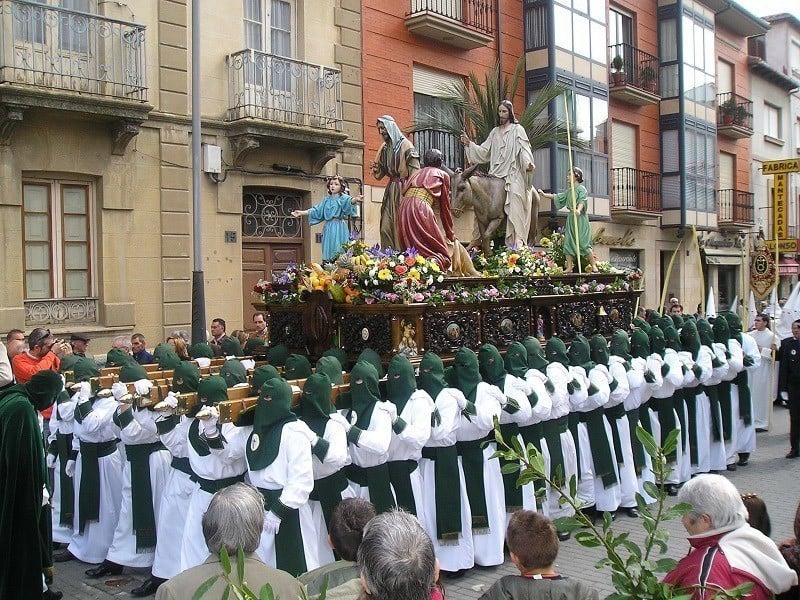 The fraternities carry giant floats with Biblical sculptures representing scenes of the Passion, called pasos, on their shoulders.Flickr 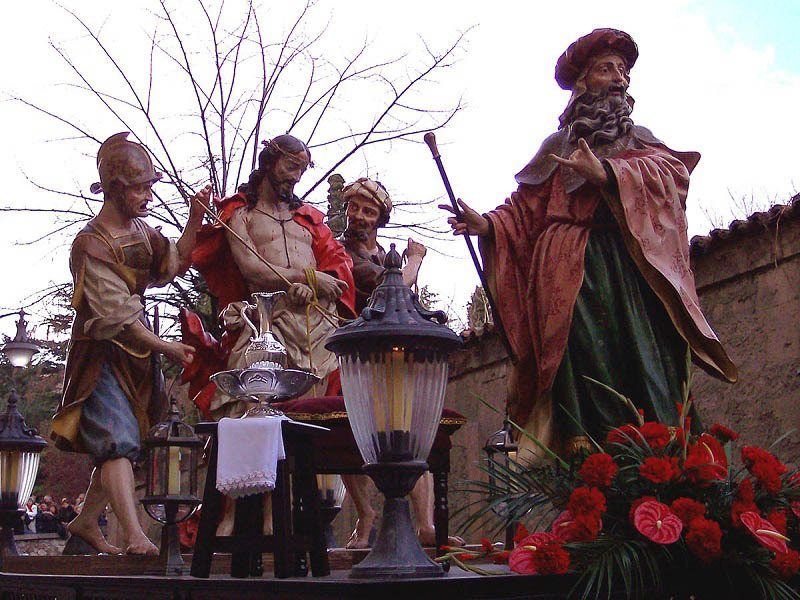 Some of the pasos have belonged to the brotherhoods for centuries, and many are artworks created by renowned Spanish artists.Flickr 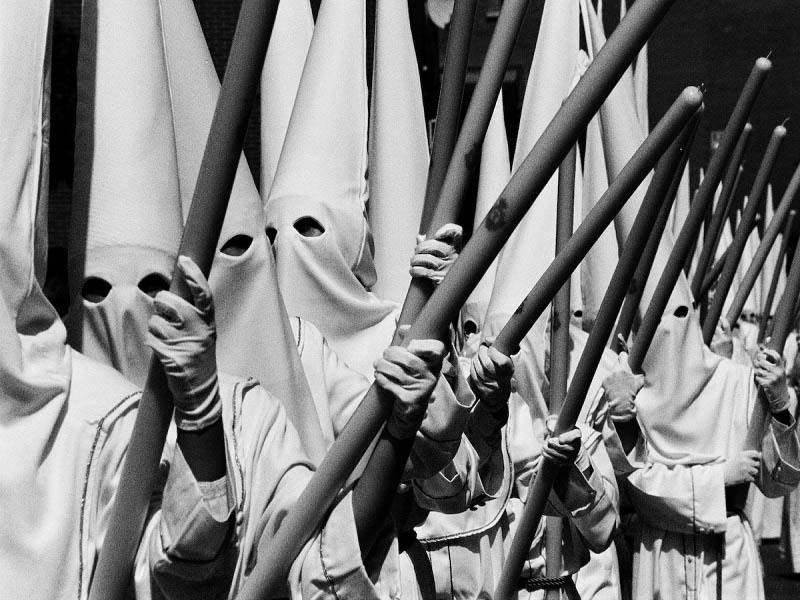 In Spain, the largest and most famous Semana Santa processions are found in the cities of Cartagena, Málaga, Seville, Valladolid, Zamora, and Léon. Flickr 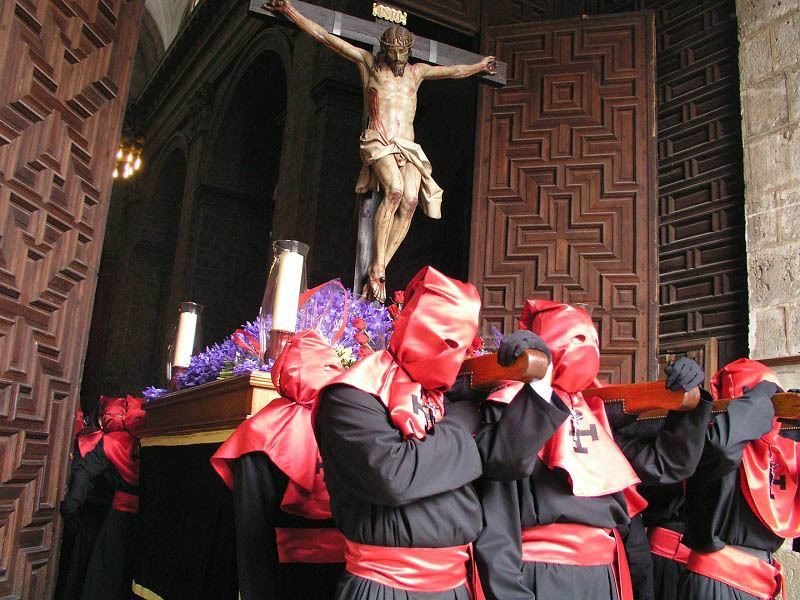 The celebrations in 23 cities around Spain have been declared of international tourism interest, drawing hundreds of thousands of visitors each year. Wikimedia Commons 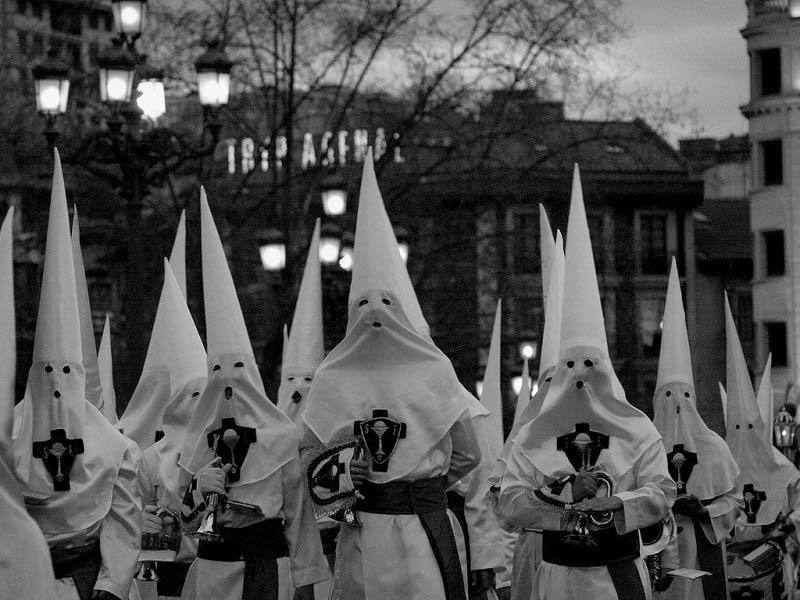 The region of Andalusia is known to host more “glamorous” processions, while those of Castile and Léon generally have a more somber atmosphere. Flickr 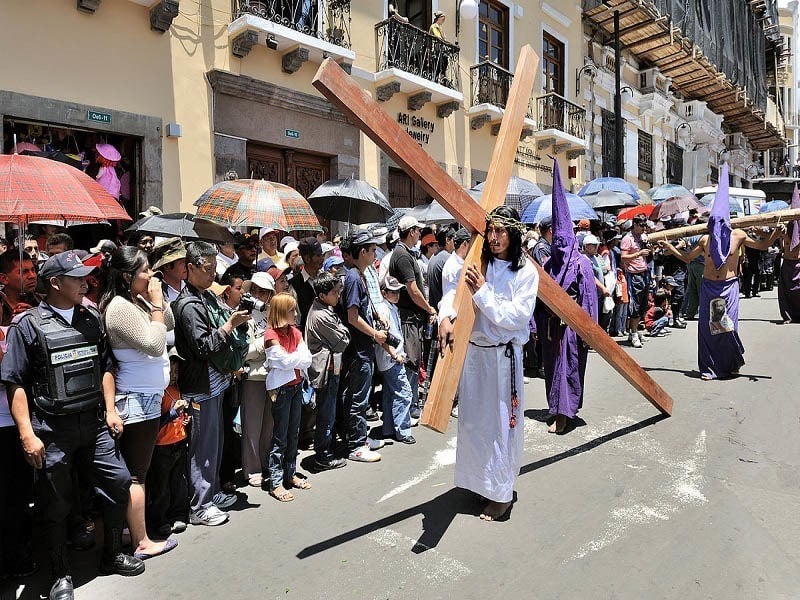 Outside Spain, Semana Santa is actively celebrated in Catholic European countries such as Italy, Portugal and Malta, and in Hispanic countries around the world, including those of South and Central America (pictured above: Quito, Ecuador) and the Philippines. Wikimedia Commons 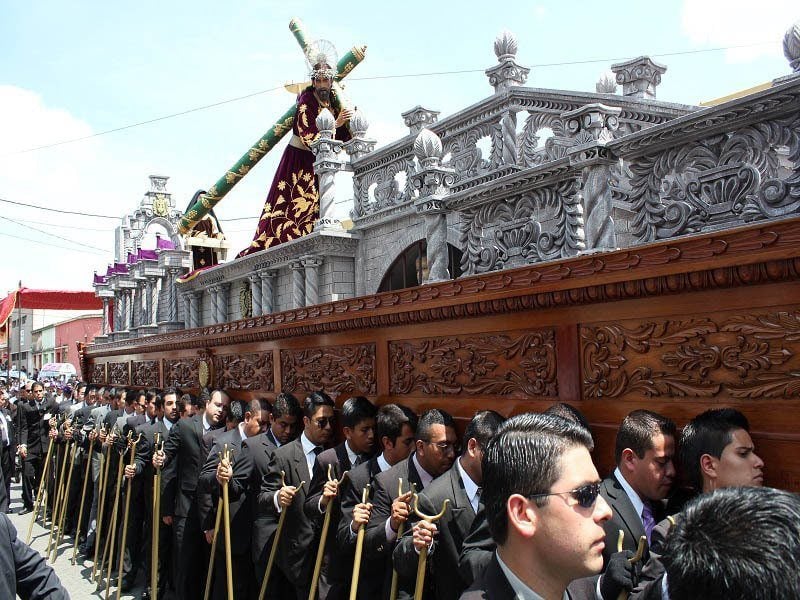 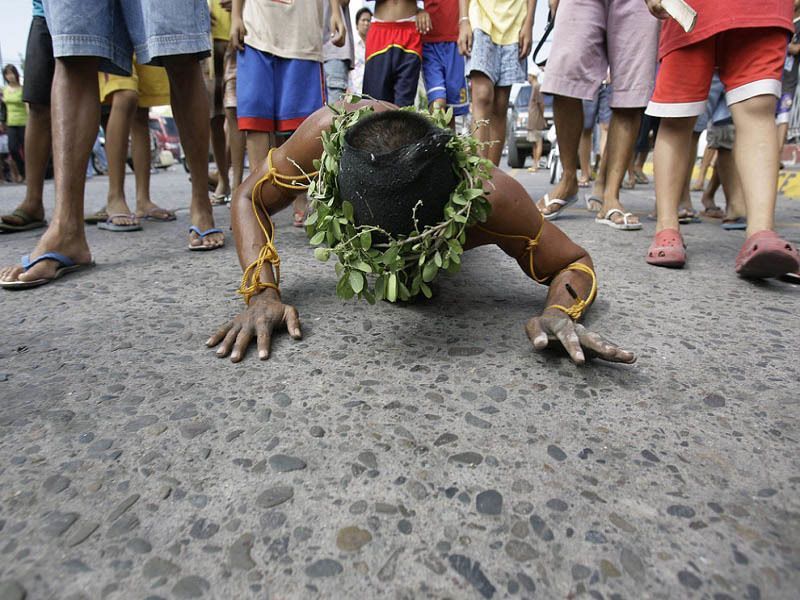 In the Philippines, the proceedings take on an altogether more extreme and sinister turn: some participants engage in deep self-flagellation and actual cross nailings, despite those practices being condemned and banned by the church.Boston.com

Next after learning about Semana Santa, discover the seven most unusual religious rituals and beliefs. Then, check out 17 incredible vintage Easter advertisements.