Authorities have no idea where they came from, who they belong to, and how they got there. 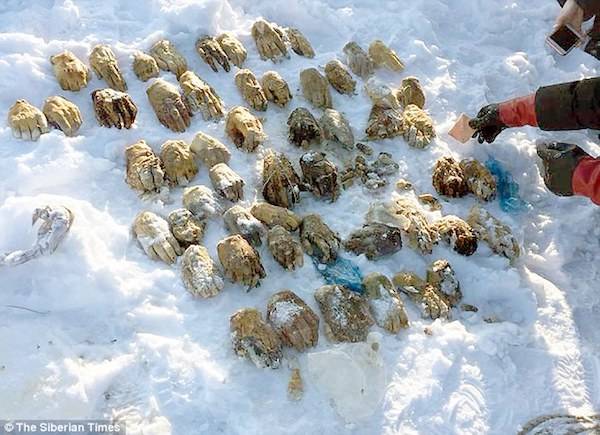 The Siberian TimesThe 54 severed hands laid out in the snow in Khabarovsk, Russia.

A bag containing 54 severed human hands was just found near the Siberian city of Khabarovsk, near the southeast border with China, according to The Siberian Times on March 8.

Initially, just a single hand was spotted near a popular fishing spot along the Amur River. Shortly after, the entire bag of the remaining 53 appendages was discovered on a small island in the river.

Investigators then rushed to the scene. However, locals who go there to fish regularly have stated that they had seen nothing suspicious.

Then, once investigators laid out all the hands in the snow, they found that they had 27 matching pairs. 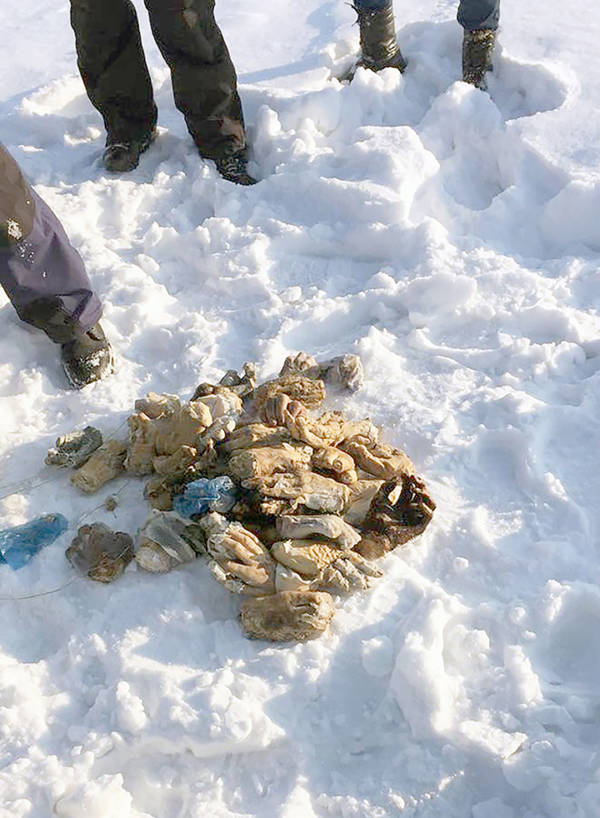 But beyond that, what do the investigators and cops actually know about this puzzling case?

Local media have taken to speculating where the hands could have originated from.

Some believe they could be the result of punishment for theft. A tamer theory is that the hands belong to the remains of cadavers dissected by medical students that have been improperly discarded. Another, similar, theory is that they are from medical amputations.

A more gruesome scenario is that the hands were taken by black market body part dealers.

Despite having only theories and almost nothing in the way of hard leads, the investigators looking into the case have found fingerprints on one of the hands. They are hoping that the hand with fingerprints will prove helpful in bringing some clarity to this uniquely disturbing situation.

Next, read up on the epidemic of severed feet washing up in the Pacific Northwest. Then, read up on the gruesome crimes of Andrei Chikatilo, Russia’s “Red Ripper” serial killer.