Shark Dies After Tourists Drag It Out Of Water For Photo 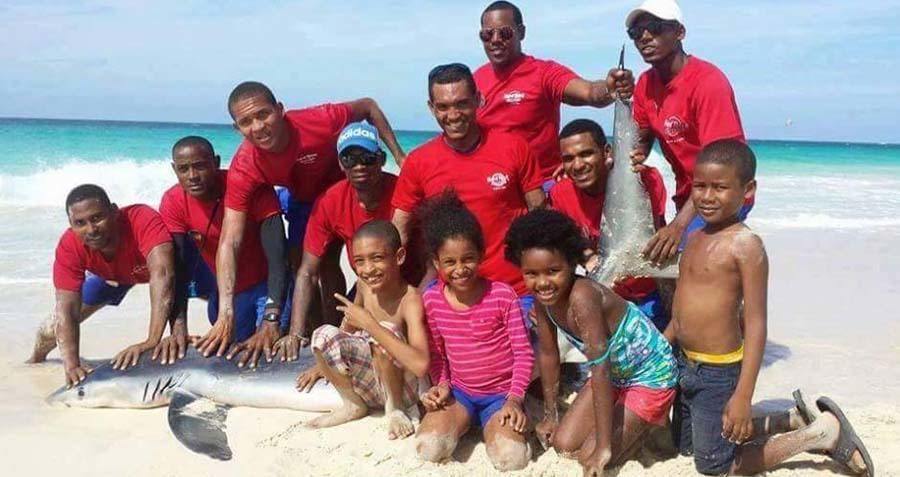 A shark died after a group of tourists pulled it out of the water for a photo, the Dodo reported.

In a video posted online last week and recorded in Punta Cana, Dominican Republic, men run to the water and pull a blue shark onto the beach with ropes. The shark then appears to thrash amid the ropes, as men and children stand over the dying animal.

According to the video, some of the men posing with the shark worked at the Hard Rock Hotel & Casino in Punta Cana, and placed a life preserver in the shark’s mouth as beachgoers observed.

In response to public outcry, on Twitter Hard Rock said it does “not condone this behavior” and that “staff involved will face appropriate action.”

Despite their representation in popular culture, humans pose more of a threat to sharks than sharks do to humans. While the blue shark that died for the group photos is the world’s most abundant and heavily fished open ocean shark, it is still classified as “near threatened.”

Indeed, the International Union for the Conservation of Nature reports that a third of open ocean sharks are treated with extinction, primarily due to overfishing.

Next, learn more about sharks with these incredible great white shark facts.