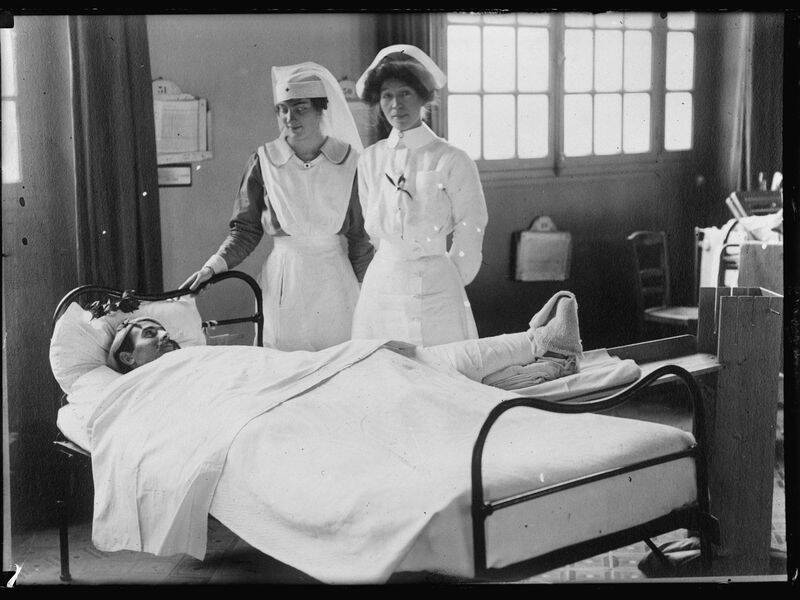 Library of CongressCellucotton, the material used to make Kotex sanitary pads, was used in World War I as surgical dressing because of its absorbency.

When World War I ended, paper manufacturer Kimberly-Clarke, which had been producing gas mask filters with its innovative material cellucotton, wanted to turn its absorbent invention into a mass-market product.

In addition to tissues, the company began marketing cellucotton as sanitary pads for women. The company allegedly got the idea from the American Fund for the French Wounded, which had informed the company that they “received letters from Army nurses claiming they used Cellucotton surgical dressings as makeshift sanitary napkins,” wrote historians Thomas Heinrich and Bob Batchelor in a study.

Before Kotex sanitary napkins hit the market in 1921, women relied on cloth pads which were either homemade or store-bought. The Kotex pads, by comparison, were lightweight, thin, and five times more absorbent than cotton bandages. They were also much less expensive.

The new product quickly changed the way women managed their menstruation. However, the company is also believed to be largely responsible for perpetuating the stigmatization of women’s menstruation in mainstream media. 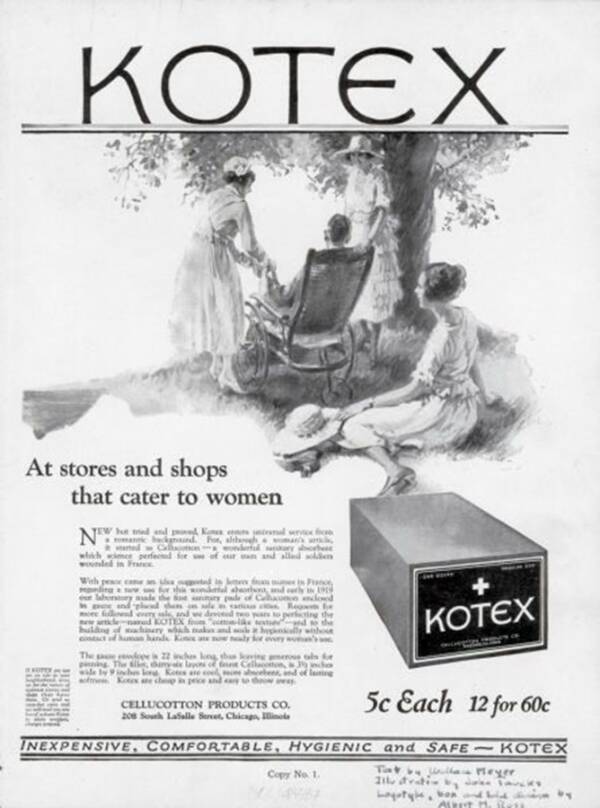 Wisconsin Historical SocietyVintage Kotex ad mentions the material’s initial use during the war.

In her research, communications scholar Roseann Mandziuk discovered that the company’s early ads for their Kotex sanitary pads exploited women’s embarrassment about their periods.

“It was really playing off the anxiety of women wanting to fit into this new, confusing modern culture and be a part of it,” Mandziuk says. “And yet, to be a part of it, you had to hide even moreso that you had this secret, or this thing that was disturbing to men.”

Thankfully, women now have a plethora of product options to manage their periods, from menstruation cups to specially-designed underwear, and the stigma around women’s menstruation is slowly disintegrating.