Man Shoots Self In Penis While Robbing Wiener Stand

Pouncy was found slumped over on the stoop of a home across the street from the hot dog stand, bleeding profusely. 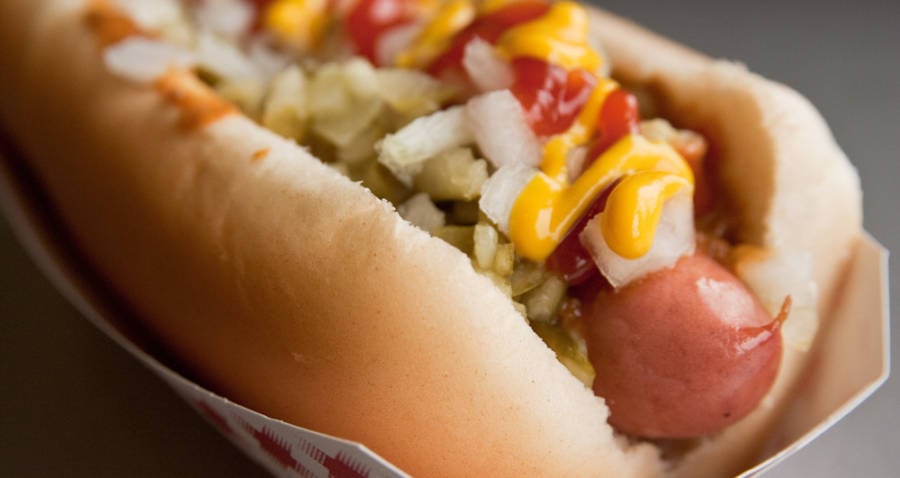 In an ironic turn of events, a man robbing a wiener stand this Tuesday accidentally shot himself in the penis with his own gun.

19-year-old Terrion Pouncy was robbing a hot dog stand on West Pullman in South Side Chicago this Halloween when he accidentally shot himself in the penis, reports the Chicago Sun-Times.

Around 6 a.m. on Oct. 31st, Pouncy entered the hot dog restaurant, Maxwell Street Express, and placed a .38-caliber handgun to the head of a 39-year-old employee and demanded cash. The employee gestured to a co-worker, who produced the money.

They placed the cash and their wallets in a bucket on the counter, which was accidentally knocked over, spilling money across the floor. Pouncy kept his gun pointed at the two restaurant workers as he picked up the money and started to run out.

As he was running out with the cash, Pouncy accidentally shot himself in the penis while adjusting the gun in his waistband.

The employee threatened then tackled Pouncy but was unable to stop him from making it across the street, where he finally collapsed from his injury.

He was found slumped over on the stoop of a home across the street from the hot dog stand, bleeding profusely.

Emergency services transported him to Christ Hospital where he was treated for his injury. He was arrested by police in his hospital room shortly after arriving.

Police discovered the wallets he stole from the two employees on him, as well as blood-stained boxers that match those visible on surveillance camera footage from the robbery.

He is currently still at the hospital but has been charged with two counts of armed robbery. He will face trial once he has recovered from his self-inflicted gunshot wound.

Next, read about the pregnant teen who fatally shot her boyfriend in a botched viral video attempt. Then, learn about the Denver nurses who were caught admiring a dead patient’s penis.