Using A Smartphone At Dinner Makes You Have Less Fun, Study Says

The study proved what you've been worried about all along... your phone may connect you to the world, but it wont help you connect to your dinner date. 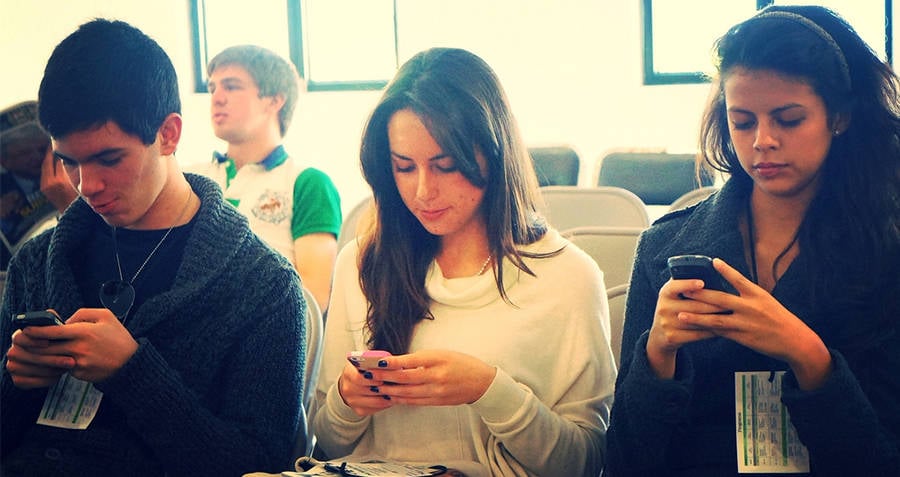 Being on your smartphone during dinner could actually increase your boredom.

A new study is confirming what your parents have told you all along – your smartphone has no place at the dinner table.

The study, performed at the University of British Colombia, claims that while smartphones make people feel more connected, they’re detracting from the enjoyment of a dinner with friends.

According to the study, the participants who used their smartphones while out for dinner with friends actually enjoyed themselves less than those who did not.

All That’s Interesting caught up Ryan Dwyer, the study’s lead author and PhD student in the department of psychology, to speak about the findings.

“As useful as smartphones can be, our findings confirm what many of us likely already suspected,” said Dwyer. “When we use our phones while we are spending time with people we care about, apart from offending them, we enjoy the experience less than we would if we put our devices away.”

The study was performed without the subject’s knowledge and consisted of 300 people having dinner at a restaurant. The participants were randomly assigned to either place their phone on the table, or put it away during the meal.

“We wanted our participants to act naturally and to report honestly about their experience,” said Dwyer. “Thus, in order to avoid modifying the behavior of our participants, we did not disclose that we were interested in phone use.”

The responses from the participants came via the results of a survey, distributed after dinner.

“At the end of the meal, we asked all the participants to complete a short survey on iPads that we distributed to them,” Dwyer said. “The survey asked participants about how much they enjoyed the meal, how distracted they felt, etc. on 7 point rating scales.”

Dwyer and his co-author Elizabeth Dunn, a professor in the department of psychology at the University of British Colombia, hoped that the results of their study would lend themselves to the conversation about smartphone use, and the impact it has on human interaction.

“Phones have infiltrated nearly every area of our lives,” Dwyer said. “If you go out to a restaurant these days, you’re likely to see couples staring into their phones instead of into each others’ eyes. We wanted to understand if phone use during social interactions is having any impact on the benefits we derive from those interactions. I think our findings provide solid evidence that phone use can indeed undermine our well-being in some situations.”

“This study tells us that, if you really need your phone, it’s not going to kill you to use it,” said Dunn. “But there is a real and detectable benefit from putting your phone away when you’re spending time with friends and family.”