Unlike conventional robots, soft robots like this one mimic the way living organisms move and adapt to their surroundings. 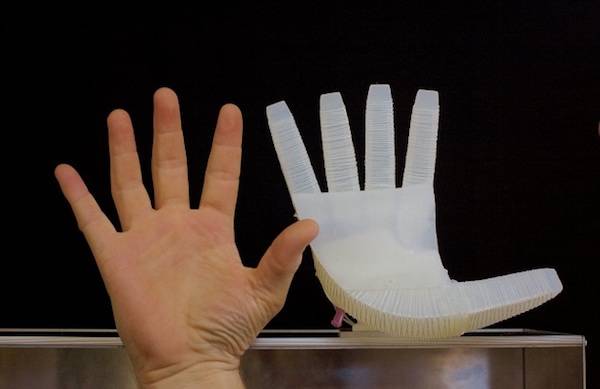 Robotics and Biology LaboratorySoft robots like the one above (not part of the current study) can mimic the way living organisms move and adapt in a way rigid robots cannot.

Researchers have not only created a soft, flexible robot that’s able to respond to its environment on its own — they did it using the ancient art of origami.

While there have been some recent breakthroughs, it’s been difficult for scientists to make soft robots — ones constructed from compliant materials, similar to the way living organisms are structured — that can interact with their environment.

Traditional hard robots have long been able to do so because their construction allows them to have central processing units and accompanying electronics associated with decision-making. Soft robots, on the other hand, don’t have that advantage.

But one new experiment has given us a soft robot that can react to its environment.

In this case, the researchers built a soft robot that was able to transform an environmental signal (humidity) into a mechanical signal (expanding and contracting) for the robot. In other words, when the humidity changed, the robot moved.

In a study published in the Proceedings of the National Academy of Sciences on June 18, the research team explained how their soft robot, thanks to its folded sheet of polypropylene (a polymer reactive to humidity), changed shape and moved based on the humidity in the air:

The researchers found that after folding the polypropylene sheet (which, unlike paper, can absorb water without losing its form), it would shrink when exposed to humidity and swell when humidity decreased. In this case, they folded the sheet into an origami shape called a “waterbomb.”

These results could lead to big changes in the way that robots made from responsive materials can aid humankind.

“For approximately the last decade we have been interested in responsive materials, such as artificial muscles and actuators,” Dr. Richard Vaia told All That’s Interesting.

Vaia is the Technical Director of the Functional Materials Division at the Air Force Research Laboratory and the man who led the study. “It is the combination of form and design that leads to optimal function,” he added. 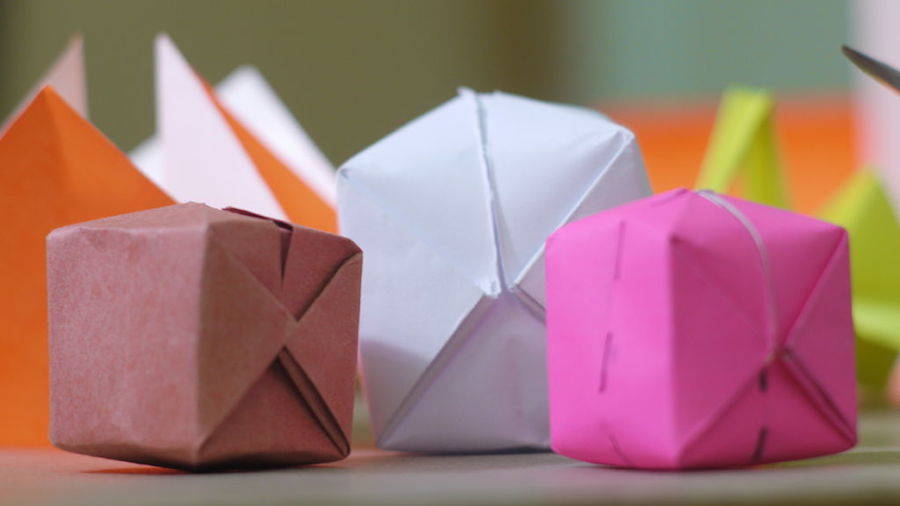 If we can build robots that have reactive and decision-making capabilities in soft, flexible forms, that would indeed be an optimal design.

While the most successful hard robots are mechanically robust enough to support an intelligence system built into them (a good example is NASA’s Curiosity rover, which explores and makes assessments on Mars), soft robots have additional value because they more so mimic the way living organisms move and adapt to their surroundings. This means they can potentially assist with processes like surgery, disaster response, and human rehabilitation.

In the case of this new study, the researchers did indeed look to living organisms for inspiration when designing their robots. In particular, they looked at octopuses, which have distributed nervous systems in their limbs that can carry signals to their brain and can act reflexively.

If we can build increasingly sophisticated robots that can do those very things, it could open untold new doors for humankind.