Many fear that new regulations will cause poaching of these endangered creatures to rise. 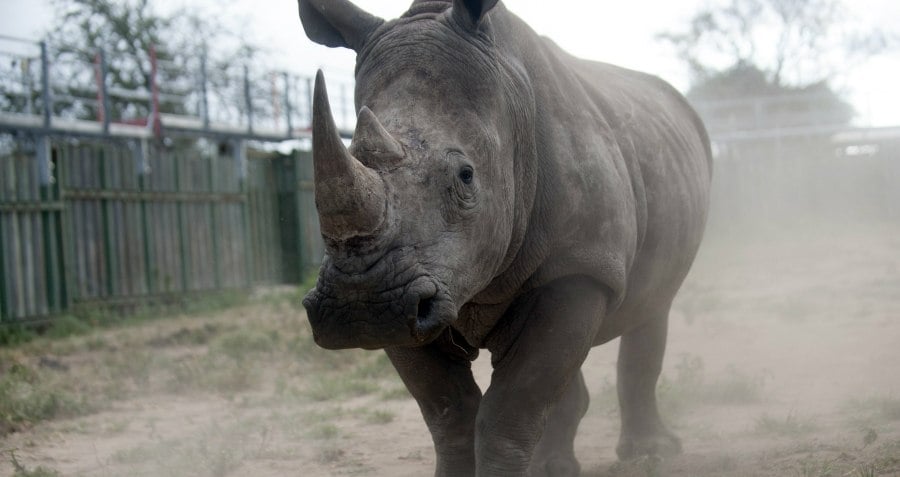 South Africa will likely soon open up the domestic trade and limited export of rhino horns.

The Associated Press reports that a draft of the new regulations would let foreigners take home two rhino horns each for personal purposes.

International conservationists told the AP that this would make tracking horns as they end up on the global market next to impossible, and would furthermore hinder authorities’ abilities to protect rhino populations from illegal poaching.

The majority of rhinos in the world currently reside in South Africa. According to the AP, while there has been an international ban on buying or selling rhino horns since 1977, the country only outlawed its domestic trade in 2009.

Apparently, demand for the horns in Asia at the time had caused the rate of illegal rhino poaching to skyrocket. Rhino breeders sued the South African government in the time since then in hopes of repealing the ban. They seem to have been successful, with the new draft proposal now set to begin its final review process.

If the new regulations are implemented, a foreigner taking home rhino horns must pass through a specific airport in Johannesburg and allow authorities to take DNA samples of the horns being exported.

Proponents of the plan, such as John Hume, a rhino breeder in South Africa, told the AP that:

Hume is referring to the recent story of a team of poachers who broke into a Parisian zoo and killed a four-year-old rhino to chainsaw its horn off.

However, opponents of the plan, such as Allison Thomson, a South African activist, told the AP that having more horns on the market would just increase demand, similar to the situation before the ban went into effect.

“The risk we run at the moment is that if we open up trade and poaching escalates we will have no rhinos in the wild. We will only have rhinos on farms, being farmed like cows,” Thomson said.

While there was an overall decrease in the number of rhinos poached in South Africa in 2016, the AP reports that poachers still managed to kill 1,054 rhinos.

South Africa now only has 20,000 rhinos left, a population that comprises 80 percent of all the rhinos in Africa.

Next, find out how Indian park rangers have reduced rhino poaching to almost zero, before checking out why poaching is causing African elephants to become tuskless.