Catalonia is on fire, being ravaged by a blaze that has already affected at least 13,000 acres. And firefighters say it all started with a pile of manure. 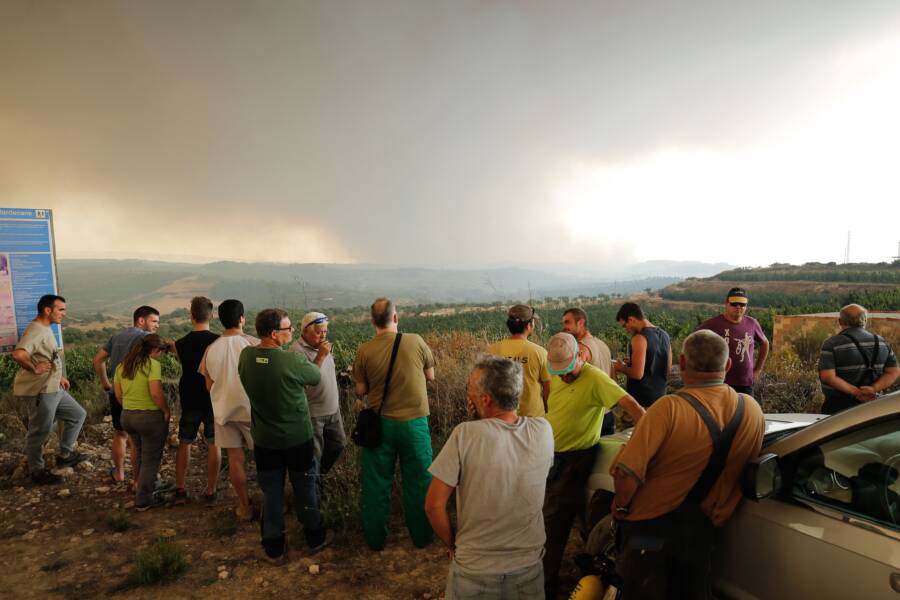 PAU BARRENA/AFP/Getty ImagesResidents near Maials, in Catalonia, gathered to watch the fire raging miles away. June 27, 2019.

Western Europe is currently battling a massive, record-setting heatwave, with parts of France recording temperature of 114 degrees Fahrenheit. The last time a heat wave of this scale rolled through Europe, in 2003, tens of thousands of people died — and it was 10 degrees cooler back then.

Now, in northeastern Spain, the excessive heat has set at least 13,000 acres of forest and vegetation ablaze. According to CNN, however, it wasn’t just dry brush and exorbitant temperatures that sparked the fire.

Authorities said the blaze likely began when an “improperly managed” pile of chicken manure self-combusted. In other words, a mound of dry dung boiled so intensely, it sparked a national emergency.

The primary mistake here was placing this pile in a secure area during one of the worst heatwaves in years. At the time of this writing, the fire has yet to be controlled. Fifty-three people have been evacuated from Catalonia’s Tarragona province, just down the coast from Barcelona.

The Catalan fire brigade has sent an estimated 350 firefighters, 12 fire engines, and numerous vehicles fitted with large water tanks are on the scene. Seven aircraft and two hydroplanes, meanwhile, are attacking the fire from above.

Those who’ve chosen to stay in their homes were advised to keep their doors and windows shut and do their best not to inhale any smoke. 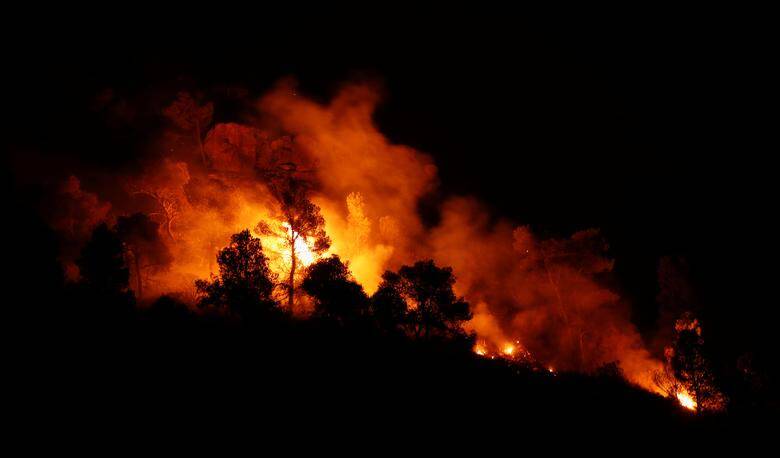 TwitterThere are currently 350 firefighters, 12 fire engines, and numerous vehicles fitted with large water tanks on the scene — in addition to several aircraft and hydroplanes.

Unfortunately the area’s steep slopes and deep ridges, alongside the unhelpful weather conditions, could facilitate the wildfire’s spread.

Firefighters said the blaze could grow to cover as much as double the current area. The Catalan government, meanwhile, offered an assuaging piece of good news: While temperatures are expected to rise, the strong winds that could help spread the fire are expected to calm.

Ultimately, the underlying issue seems to be our global climate crisis. This is how it manifests: more wildfires, dryer terrain, droughts, “fire tornadoes”, and stronger winds are all interconnected and result in serious, life-threatening emergency situations like this. 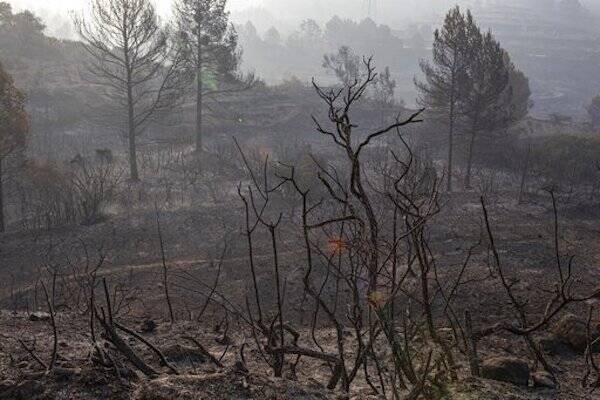 TwitterOver 10,000 acres of forest and various vegetation has been damaged or irreparably destroyed.

Germany, Poland, and the Czech Republic all measured the highest temperatures in history for the month of June on Wednesday.

With France issuing a historical red level alert on top of that, Western Europe is currently embattled in a hellish scenario that doesn’t care about borders or nationalities. Last summer it was the Carr Fire in California. This summer, it’s Spain’s manure fire.

Climate scientists have repeatedly warned that heat waves like this are becoming more and more common. In fact, the frequency of these terrifying scenarios is expected to double by 2050.

After learning about how a pile of self-combusting manure spurred Spain’s wildfire emergency, watch a California wildfire nearly engulf Interstate 405. Then, learn about how one Florida man’s book-burning sparked a massive wildfire that destroys two homes.