"It's as if the spiders are taking advantage of these conditions and are having a kind of party." 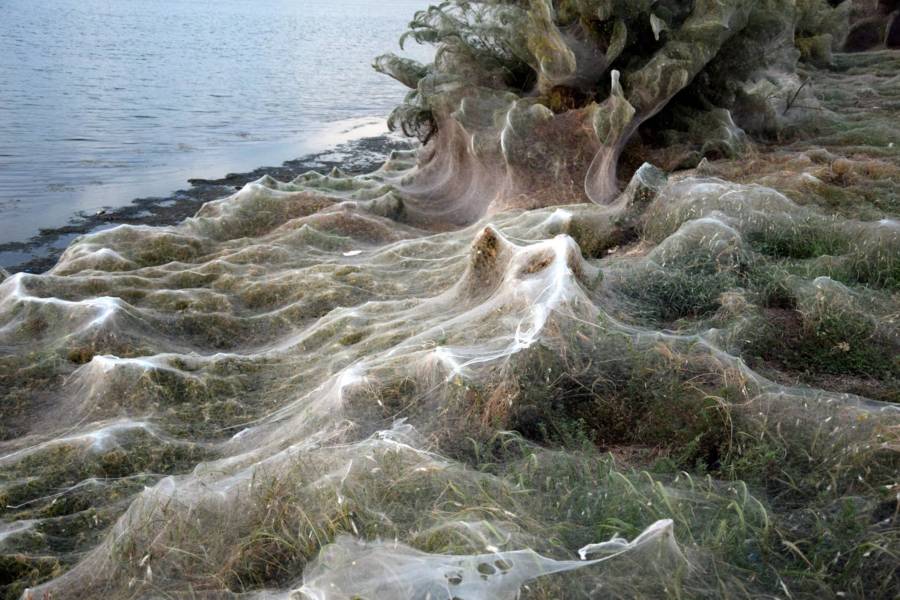 An uptick in temperature and humidity in western Greece has set the stage for a massive spider party along one town’s shore.

Residents of Aitoliko, Greece recently woke up to a massive 1,000-foot long spiderweb covering a large patch of greenery on the beach. According to the BBC, experts say that the creepy coverage was caused by Tetragnatha spiders, which built the web for mating purposes.

Tetragnatha spiders (also known as stretch spiders because of their long bodies) live in many parts of the world, including the United States, and commonly build their webs near water. Some members of the species can even walk on water, according to Science Alert.

This particular population of Tetragnatha spiders has recently grown in the area, caused in part by an increase in the mosquito population, which is an important source of prey.

Footage of the spider webs at Aitoliko.

An abundance of food, as well as high humidity and temperatures in the area, created the perfect environment for the spiders to reproduce.

“It’s as if the spiders are taking advantage of these conditions and are having a kind of party,” Maria Chatzaki, a professor of molecular biology and genetics at the University of Thrace, told Newsit in an interview translated from Greek. “They mate, they reproduce and provide a whole new generation.” 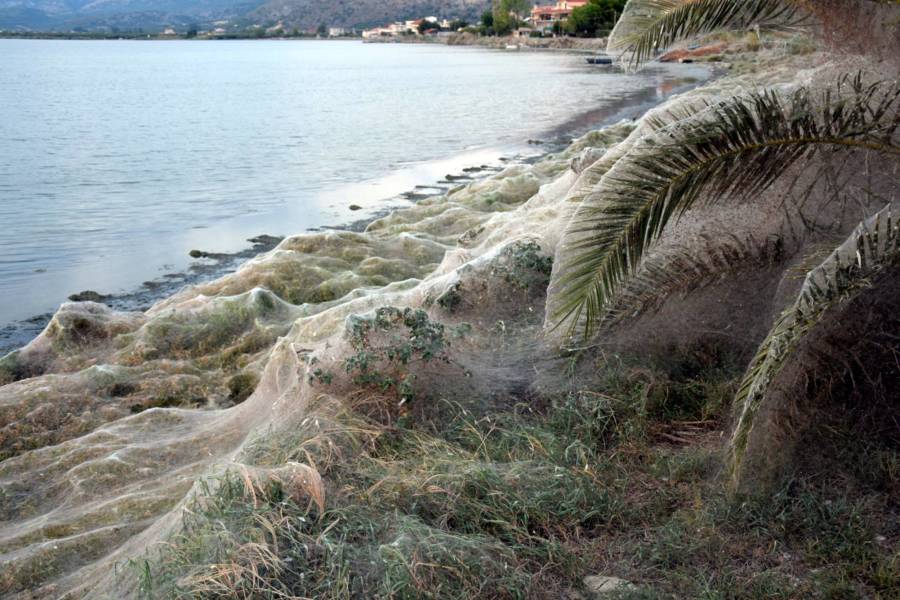 Chatzaki went on to explain that this giant web, which is almost the size of three football fields, is not unusual, nor is it the first time that it has popped up. She explained that the creation of the web is a “seasonal phenomenon” that typically occurs at the end of summer or the beginning of autumn.

Despite the fact that the spider web looks like it was plucked straight out of a haunted house, Chatzaki said that people have nothing to fear from it or the eight-legged creatures that built it.

“These are not spiders dangerous to humans,” she said. “This is not a phenomenon that will cause damage to vegetation or anywhere else.” 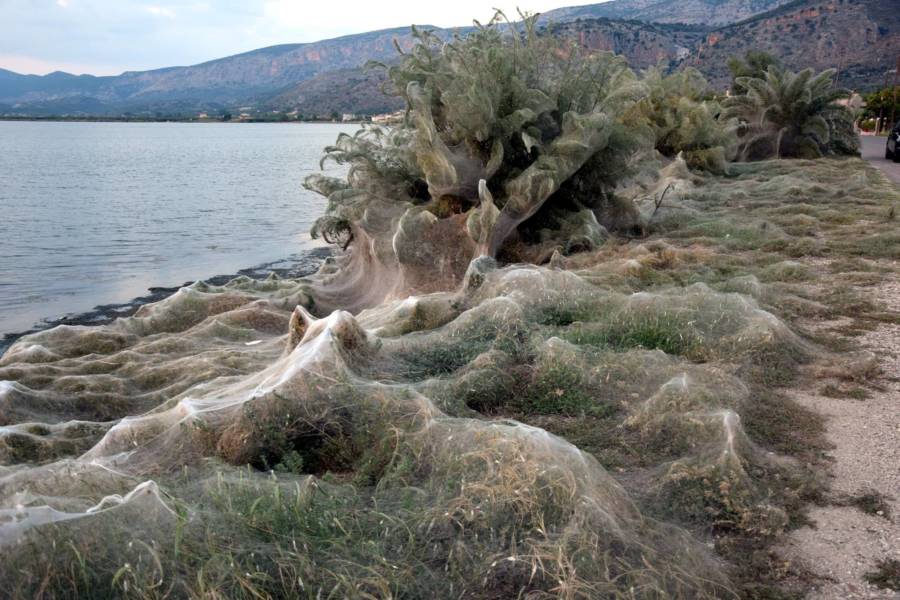 Underneath the massive veil, which is completely covering trees and plants along the lagoon’s shore, the spiders are living it up, but Chatzaki warns that their fun will soon come to an end as things return to normal.

“The spiders will have their party and will die soon,” Chatzaki told Newsit.

The residents of Aikolito are probably very happy that the spider “party” that has taken over their small town will shut down soon.

Next, check out the most interesting spider facts you’ll ever read. Then discover how spiders could theoretically eat every human on Earth in less than a year. Finally, read all about the one-of-a-kind banana spider.