The Texas Attorney General, Ken Paxton, said that he has received over 500 complaints of price gouging during this emergency. 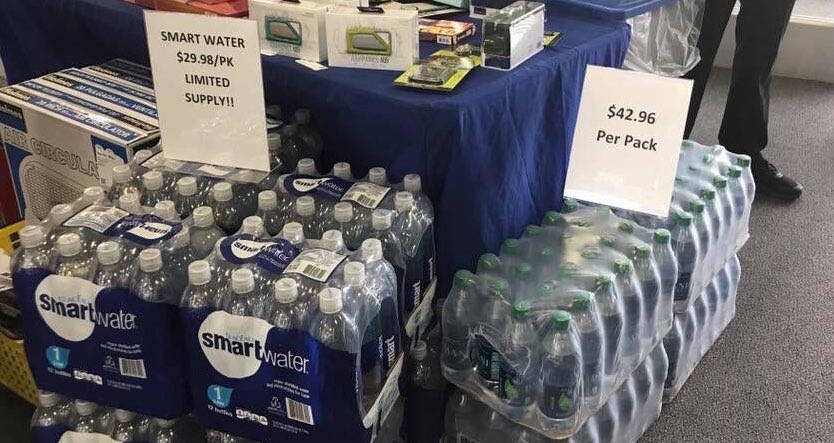 In the midst of natural disasters and other catastrophes, we expect the community around us to to pitch in to help those suffering. While many people have stepped up during Hurricane Harvey, some have used this opportunity to make money off the desperation of those victimized by the disaster.

In the case of Harvey, we have seen some of the best of people, with many Houstonians going to great lengths to help their neighbors and even total strangers in this difficult time. Unfortunately, there have also been numerous cases where businesses have price-gouged victims of this calamity, US News reports.

Price gouging, which is illegal in Texas, typically happens when companies sell essential items like food, gas, and water for higher prices, or add fees during a state of emergency.

On Saturday at a Wingstop franchise location in Corpus Christi, Tex., customers were charged an extra $5 fee on orders at the restaurant, listed on their receipts as a “catering dish.”

After customers complained to the corporate headquarters of Wingstop, the company refunded the affected customers and gave them free gift cards.

In another instance, a Best Buy in Houston was reportedly selling 24-packs of water for $42.96, an enormous markup from the average price of a pack of water.

Hey @BestBuy you want to explain why this store of yours in Houston is illegally price gouging? pic.twitter.com/803tuo4XLm

Spokesmen from the company explained that Best Buy does not typically sell water by the pack, and employees mistakingly were selling the packs at the price of 24 individual water bottles.

Local gas stations have also been accused of price gouging, with one customer at one nearby Raceway gas station and convenience store claiming overcharges for items like energy drinks and beer, as well as gas at the pump.

One customer says he saw a woman charged $60 for two cases of beer.

Texas Attorney General, Ken Paxton, said that his office has received over 500 complaints of price gouging during Harvey.

Anyone who believes they have experienced price gouging in the aftermath of or during this storm can file a complaint with the Texas Attorney General’s office on their website. In Texas, price gougers face fines of up to $250,000 per offense.

Next, read about how President Trump has used the emergency in Texas to promote his new line of USA hats. Then, check out these photos to see how Brooklyn has recovered three years after Hurricane Sandy hit.