Researchers hope to learn more about the ant, which was first discovered in 2003. 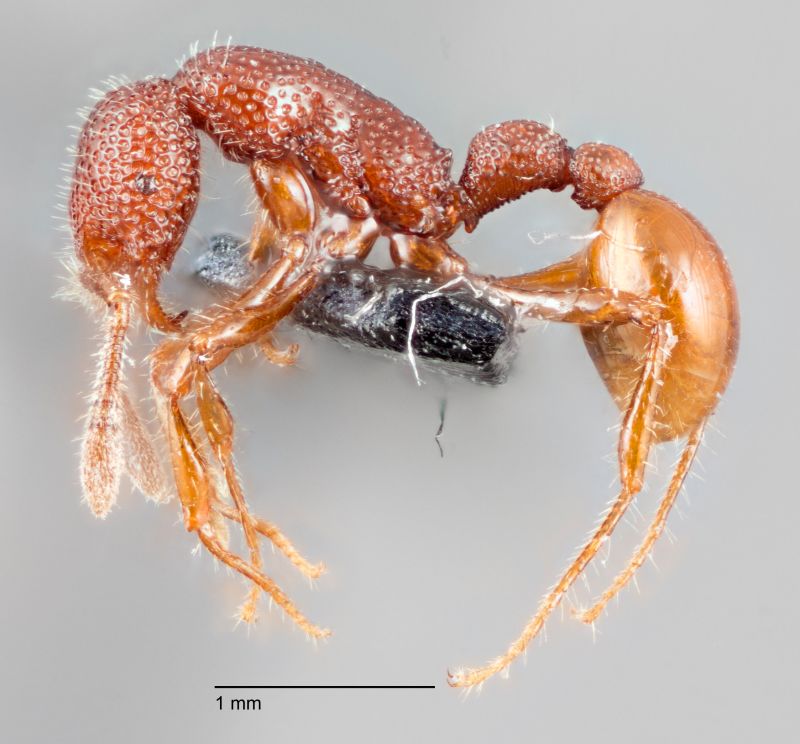 Scientists have known of T. rex ants’ existence since 2003 — when a single dead insect not belonging to any previously known genus was found in Malaysia.

Since then, they’ve been on the hunt for living versions of the creature, which discoverer Fernando Fernández named for its small mandibles and short snout.

A few specimens have been uncovered within leaf litter piles in India, Singapore and Sri Lanka — but they’ve all been deceased.

Which is why insect-lovers are so excited about entomologist Mark Wong’s recent discovery of an entire colony of Tyrannomyrmex ants living underground in a Singapore forest.

“The best way to collect and observe live ground ant colonies is to really get your hands dirty, by gradually excavating the soil from an area, layer by later,” Wong, a National Geographic Young Explorer, told the publication in an email. “Sort of like an archaeologist.”

There are a few reasons why it took so long to track these little guys down.

For one, they live in small colonies of only about 30 ants. They are also suspected to be nocturnal and follow a strict diet that makes them hard to locate with food traps.

On top of all that, they seem to prefer real estate on wet and rotting wood. That is totally submerged in soil.

After accidentally coming across the ants while studying the Mandai area of Singapore in 2016, Wong and his colleague, Gordon Yong, carefully transferred the colony into a “nest tube” to be studied in a lab.

There they found that, despite their menacing namesake, the bugs are afraid of pretty much everything — freezing or running away whenever anything else approached.

“I had a good laugh when I saw them respond in this manner to little millipedes, mites, smaller ants, and basically whatever prey I tried to offer them,” Wong said. “They wouldn’t even get close to honey — and only gently prodded (a) honey droplet with their antennae.”

The researchers couldn’t figure out what the ants like to eat — but the colony did cannibalize its only male resident, which experts found very odd.

Wong hopes to discover answers on the T.rex ants’ diet and other lingering questions — but he’ll have to find another colony first.

Next, learn about female dragonflies play dead to avoid having sex. Then, did you know that spiders could theoretically eat every human on Earth in less than a year?