A Texas couple called the police to report stolen tires. It backfired when the cops found a massive amount of meth in their tractor-trailer. 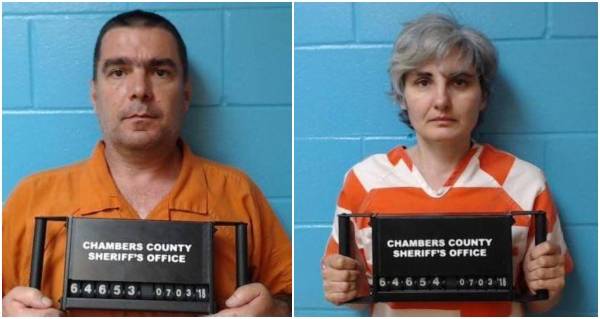 Deputies in Texas have made a massive drug bust, leading to first-degree felony charges. And it was all thanks to the two people who were arrested in connection with it.

The married couple, Dan Roba and Bianca Roba, notified the police at around 7:15 a.m. on July 6 that tires had been stolen from their 18-wheeler tractor-trailer. They called the Chambers County Police Department from a Texas rest stop on interstate 10, the sheriff’s office posted on their official Facebook page.

The Robas also happened to be hiding around 43 pounds of meth in the trailer.

The police arrived at the scene where they observed that the tractor-trailer rig “was missing some tires on the rear of the of the trailer.” But in surveying the trailer, they discovered something much bigger.

The deputies noticed what appeared to be hidden compartments inside the trailer. Upon further inspection, they discovered the 43 pounds of methamphetamine inside the compartments, wrapped in plastic bricks. The reported street value of the drugs is $2 million.

The sheriff’s office posted photos of the two suspects’ mugshots as well as a photo of two deputies, Jordan Kalis and Corporal Kendal Blanchard, posing with some of the seized meth packages. 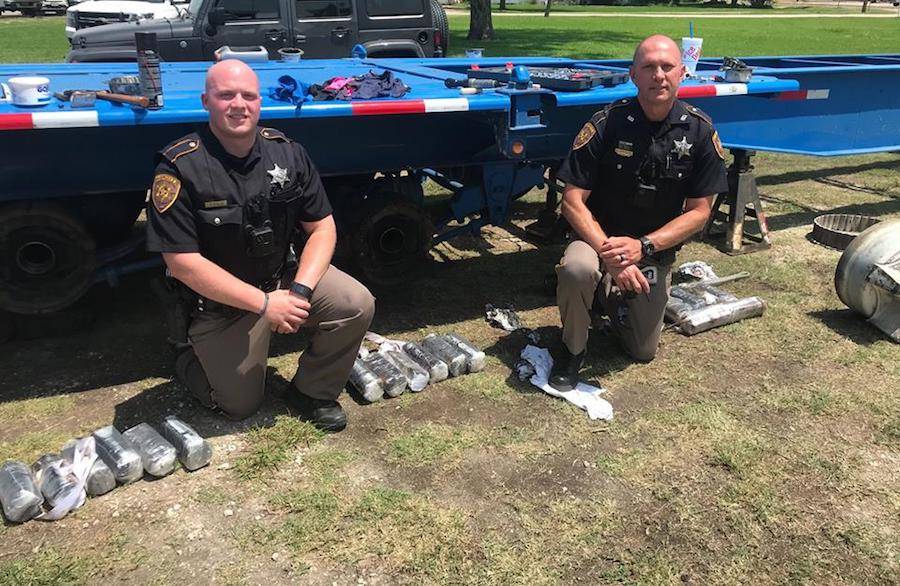 Sheriff Brian C. Hawthorne stated that 48-year-old Dan Roba and 45-year-old Bianca Roba were arrested and booked at the Chambers County Jail. The Robas were both charged with possession of a controlled substance, which is a first-degree felony.

While punishment depends on a number of factors, including the type of drug and quantity, $2 million worth of meth sounds like a large amount of a rather serious drug.

No word yet on whether the suspects have a lawyer or when a trial will be held.

Meanwhile, Facebook users flooded the Chambers County Sherriff’s Office’s page with praise for a job well done. Though it seems Dan and Bianca Roba should be getting some of the credit.

Next read about the 13-year old girl who got pulled over with 25 pounds of meth. Then read about George Jung, the guy from Boston who smuggled drugs for Pablo Escobar’s cartel.