Dumbo was forced to perform so many "rave" dance routines for laughing tourists that his legs literally snapped — and the zoo is calling it an accident. 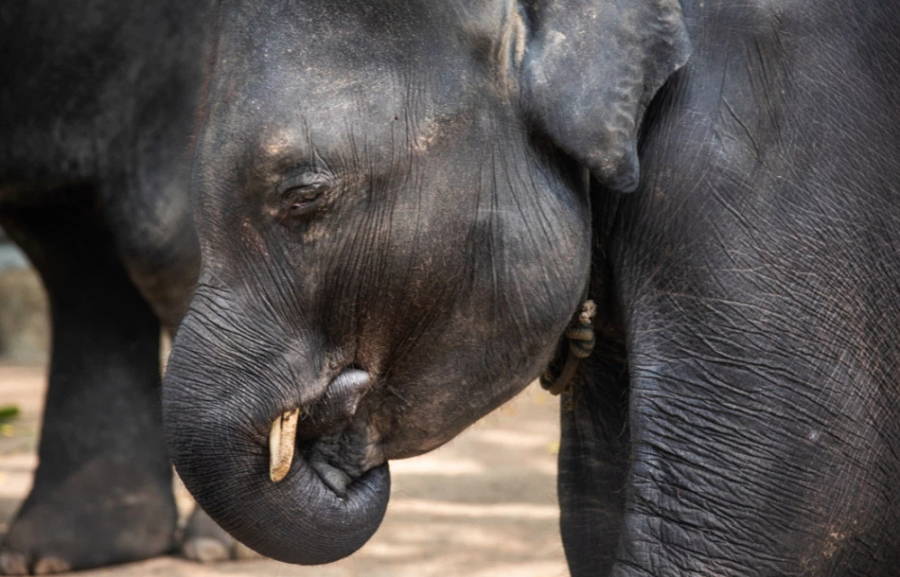 He was forced to perform so many tricks for tourists that it literally killed him.

According to the Moving Animals activist group, a baby elephant named Dumbo died last month at the Phuket Zoo in Thailand after suffering broken legs resulting from his grave mistreatment. He was forced to dance and perform tricks for tourists so much that his legs eventually snapped. 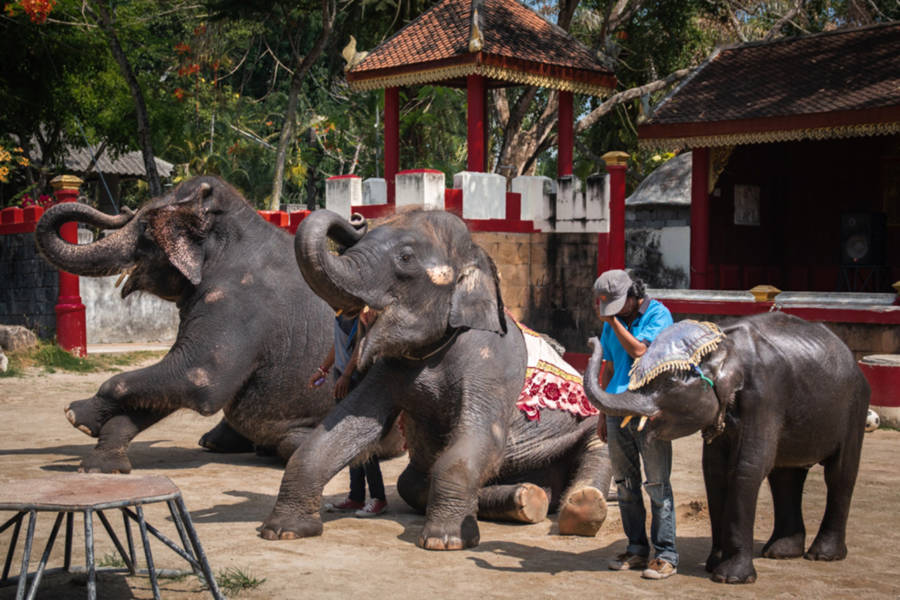 Moving AnimalsDumbo and other elephants were forced to perform “dance” routines for tourists at the Phuket Zoo.

Once inside the animal hospital, it was discovered that Dumbo’s critical skeletal injuries, emaciation, and a digestive tract infection all contributed to his death at the young age of just three. His injuries were so pervasive — and his lack of proper care so great — that his handlers didn’t even realize his legs had fully snapped until he went into the hospital following a collapse on April 13.

Footage of Dumbo (on the ground) being forced to dance for visitors at the Phuket Zoo.

For weeks preceding his death, Dumbo had been the subject of a growing online movement to have him released from the zoo due to his mistreatment there. After Moving Animals had released video of the elephant being forced to “rave” dance for laughing tourists, the group’s online petition to set him free amassed more than 200,000 signatures.

Alongside the video, Moving Animals published photos of Dumbo’s skeletal frame as a result of his bone-breaking performances. “His skeletal body clearly suggested that he was unwell and could be suffering from malnourishment and exhaustion,” said Moving Animals co-founder Amy Jones. “And yet the zoo did nothing until receiving international criticism.” 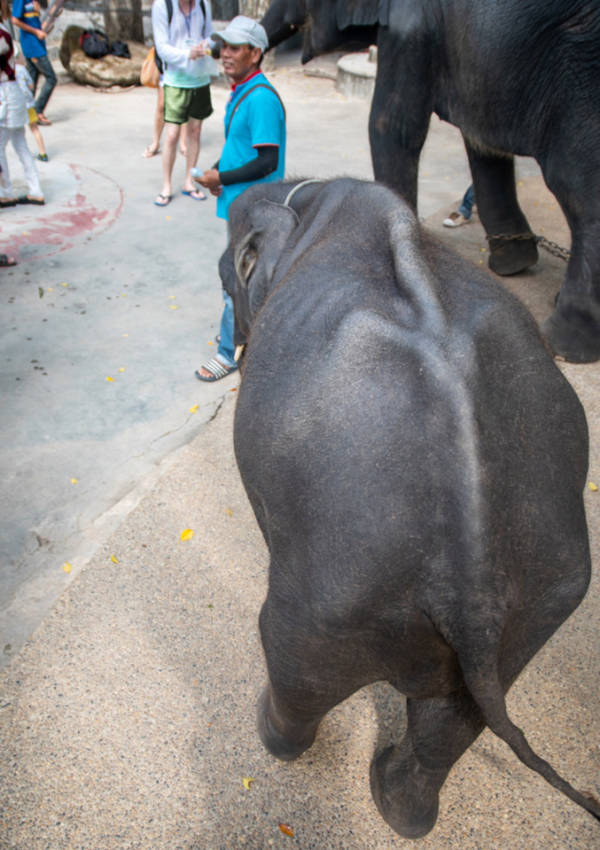 Moving AnimalsDumbo’s spine grew critically weakened after he was forced to perform again and again.

Ultimately, the zoo’s inaction allowed Dumbo’s condition to worsen to the point that his undetected digestive issues combined with his malnourishment and his broken bones led to his untimely demise.

According to the local vet, “He had an infection that resulted in constant diarrhea, which caused other health complications, including the fact that his body was not absorbing nutrients as it should, which made him very weak.” 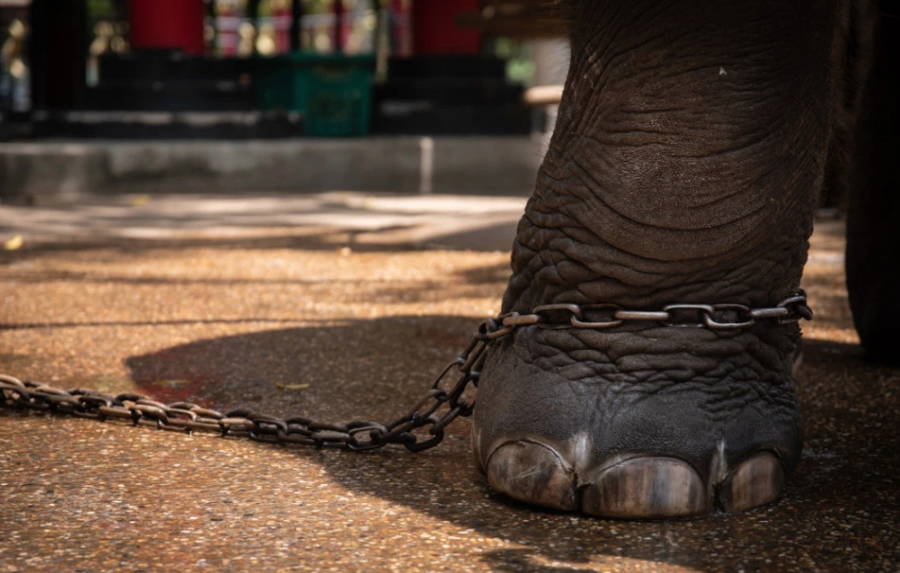 In the aftermath of Dumbo’s death, Moving Animals wrote that “We want to thank everyone for their overwhelming support for ‘Dumbo’. We hope that ‘Dumbo’ is now finding the peace that he was so cruelly denied in his lifetime, and that his tragic story will urge Thai authorities to finally put an end to these outdated animal performances.”

Indeed, the issue of animal trafficking for the purposes of tourism in Southeast Asia has become a hotly-debated one in recent years. Activist groups like Moving Animals have increasingly tried to draw attention to the plight of elephants and other animals that are separated from their mothers, systematically broken down into a submissive state, trained to perform, then worked into the ground for the amusement of tourists. 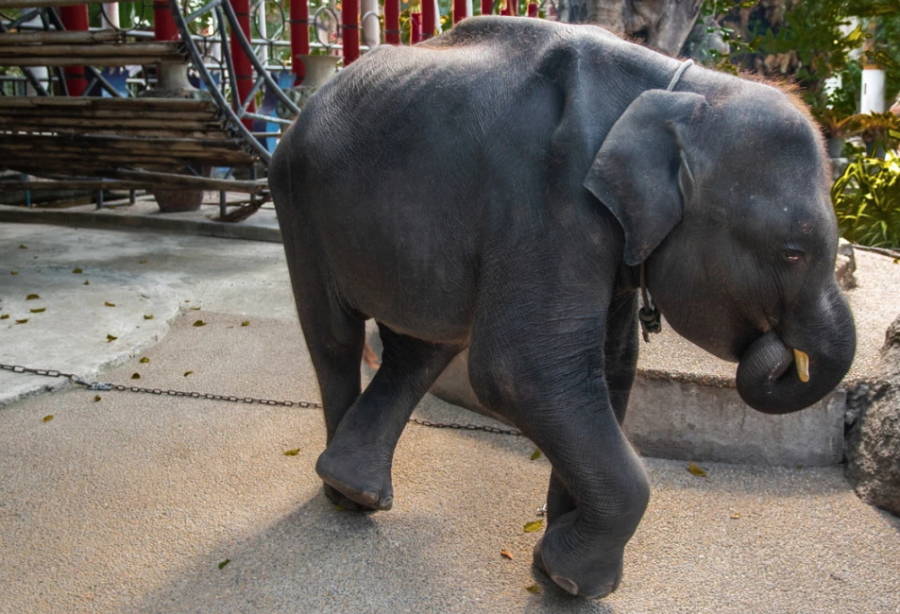 For their part, the Phuket Zoo has claimed that Dumbo was not mistreated and that the zoo played no part in causing his death. His death was only a “horrible accident,” claimed one of the vets responsible for treating him before his death.

What’s more, the zoo now has the legal right to purchase another elephant to replace Dumbo, if it so chooses. It remains unclear as to whether they will — and whether that elephant might suffer a fate like Dumbo’s.

Next, read about how other baby elephants in Southeast Asia are taken from their mothers and tortured in the name of tourism. Then, learn the story of the elephant who killed the trainer that had been whipping it by sitting on him.