Thomas Traficante sent his ex-girlfriend threatening messages, had drugs delivered to her school address, and listed her information on a prostitution website. 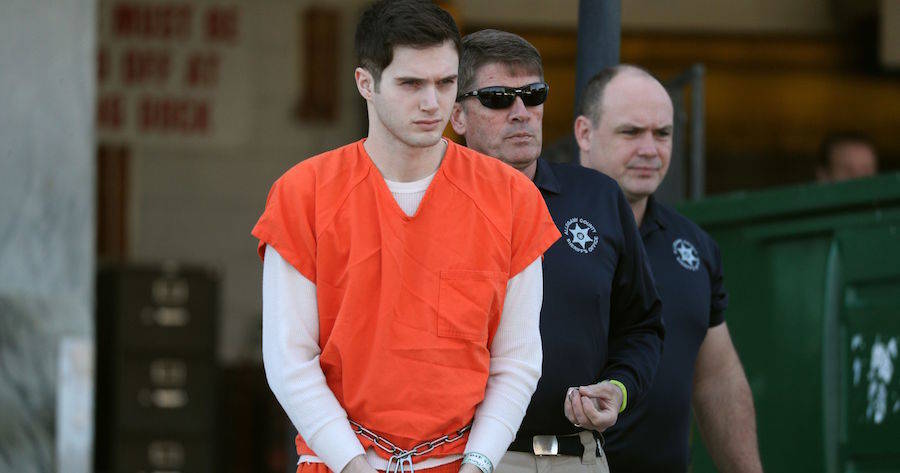 On June 20, 23-year-old Thomas Traficante of Long Island, N.Y. was sentenced to four years in prison on convictions of cyberstalking and distribution of a controlled substance.

It all began after Traficante’s girlfriend ended their relationship in October 2017, when he relentlessly stalked and harassed her for two months, according to prosecutors.

The ex-girlfriend was a student at SUNY Geneseo in upstate New York. Authorities said that the harassment last between October and December.

During that time, he sent threatening text and phone messages from an unknown number to both his ex-girlfriend and her sorority sisters. The terrorizing messages warned them that “harm is coming” and that “it’s not safe out there tonight.”

One chilling message stated, “I’m in the house.”

The victim got a new phone number, but Traficante tracked it down and left a message for her and her housemates that read, “You’re all crazy if you think I’m not still out there.”

Although Traficante wasn’t a student at SUNY Geneseo, he seemingly knew what his ex-girlfriend and the other members of her sorority were doing.

“Several of the students expressed being scared and afraid due to the text messages and that it was disturbing their daily lives and studies,” according to an F.B.I. affidavit.

In an apparent set up to get her kicked out or arrested, Traficante sent drugs to his ex’s school mailbox. He then alertedcampus police to the shipments in an effort to get her arrested.

She also received dozens of unwanted calls, messages, and emails after Traficante posted her contact information on a prostitution website.

The victim’s home is reported to be in Long Island as well, where her father found the window of his car shattered by a BB gun one day. A package with the book titled I Am Watching You arrived at the home in December. It was purchased from her own Amazon account after Traficante hacked into it.

She told authorities that Traficante hacked into her email and social media accounts as well. He also gained access to her school accounts, then took exams under her name and failed them on purpose.

The F.B.I. arrested Traficante in December 2017 on suspicion of sending cocaine to the victim’s college address and then calling police on her.

After subpoenaing telephone records, police were able to trace the number to Traficante’s home address. The authorities determined that he created the number through an online service and charged him with cyberstalking and threats of violence.

He was charged in federal court in Rochester, N.Y.

In March, Traficante pleaded guilty to cyberstalking and possession of illegal drugs.

As the investigation deepened, it was revealed by prosecutors that Traficante had committed similar acts of harassment and stalking in 2014 and 2015. A loaded AR-15 was found in his house.

Traficante’s lawyer said afterwards that he planned to appeal the sentencing.

Next read about the woman who was sentenced to 10 years for making false rape claims. Then read about the man who knowingly gave H.I.V. to his girlfriend.