The World’s Most Incredible Toothpick Art

Steven Backman and Scott Weaver are known for their incredible toothpick art, including massive sculptures that comprise more than 100,000 toothpicks. 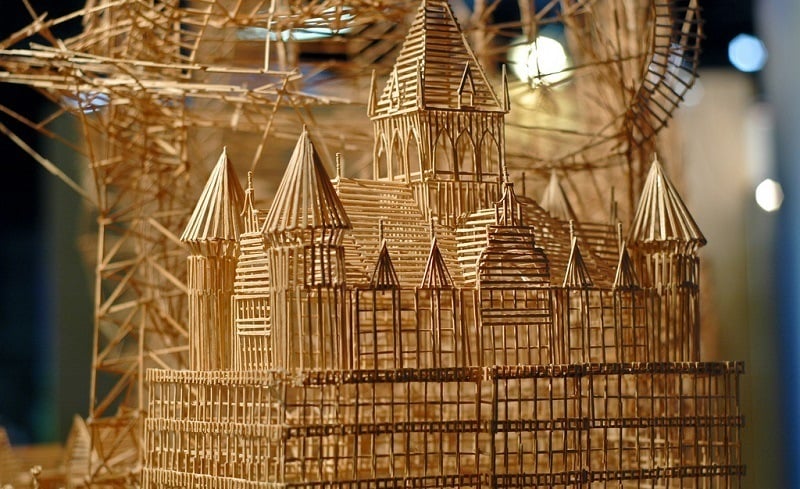 True artists have a way of seeing the world and its many facets in a light that escapes most others’ eyes. For San Francisco-born artists Steven J. Backman and Scott Weaver, this alternate view led them to utilize the toothpick not for oral hygiene but art. From micro sculptures made from a single toothpick to sprawling scenes composed of over 100,000 of them, their toothpick art is distinct, impressive and sure to please. 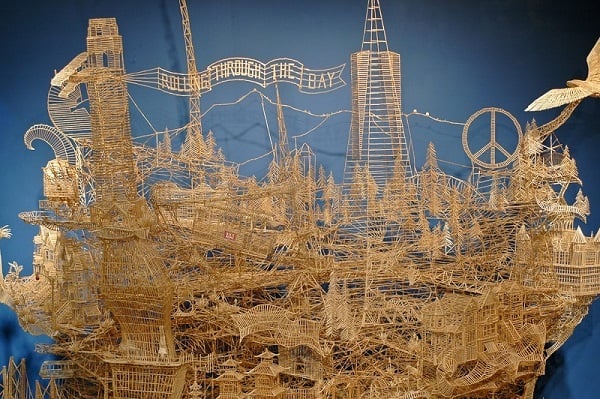 Scott Weaver: The Artist Behind “Rolling Through the Bay”

In the United States, wooden toothpicks are fashioned from pliable, porous birch wood, though in other locations they are derived from various wood or artificial materials like plastic.

When creating his San Francisco sculpture “Rolling Through the Bay,” toothpick artist Scott Weaver took a more international approach, using toothpicks brought to him by friends and family members from all over the world. The giant abstract sculpture took more than 3,000 hours over 34 years (and 100,000 toothpicks!) to create. 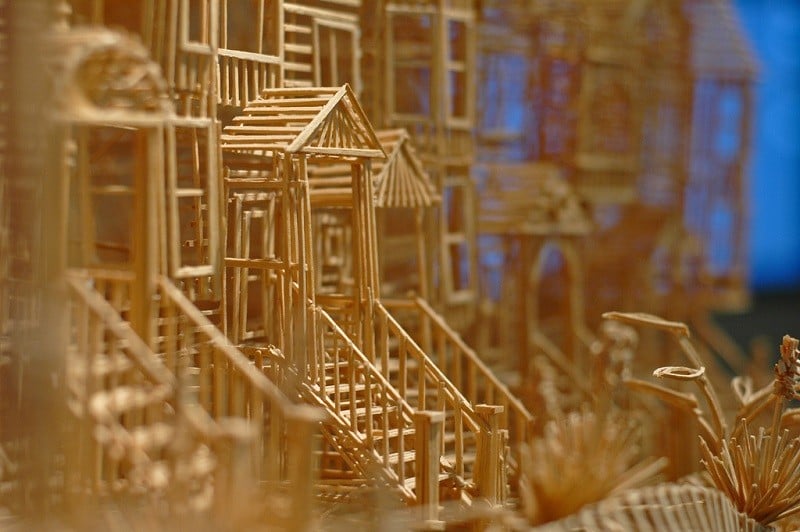 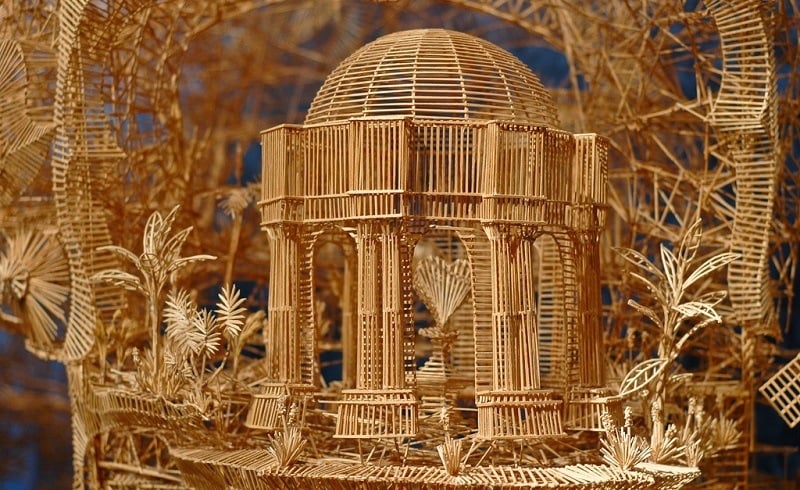 Weaver began working with toothpicks when he was eight years old. From there, his love of toothpick art grew, and he continued to work with the medium and expand the size and breadth of his projects. As a third-generation resident of San Francisco—his great grandfather lived there in the 1880s—the city greatly influences his artwork. 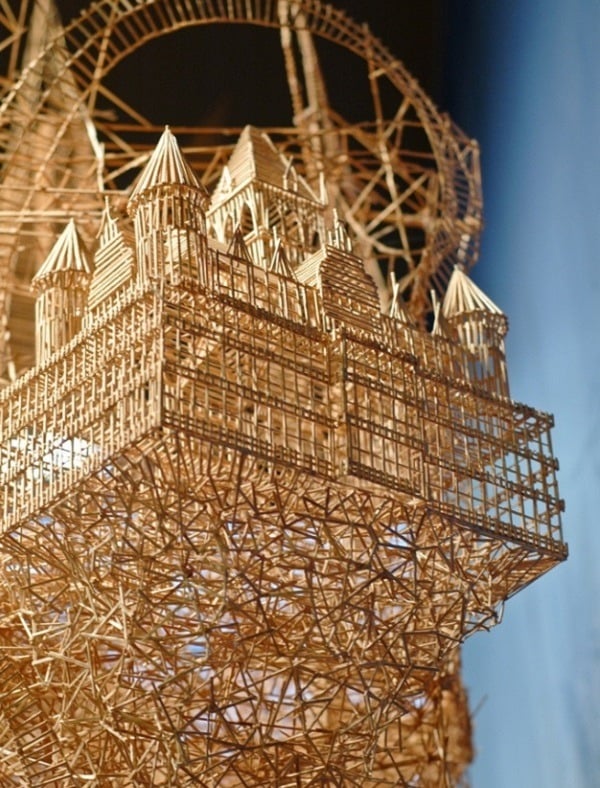 Later, he smashed the project in frustration, impaling his palm and necessitating a trip to the emergency room. In the 1980s, Backman graduated from San Francisco State University with a degree in art. These days, Backman is known for both his miniature toothpick art and his large-scale toothpick sculptures. 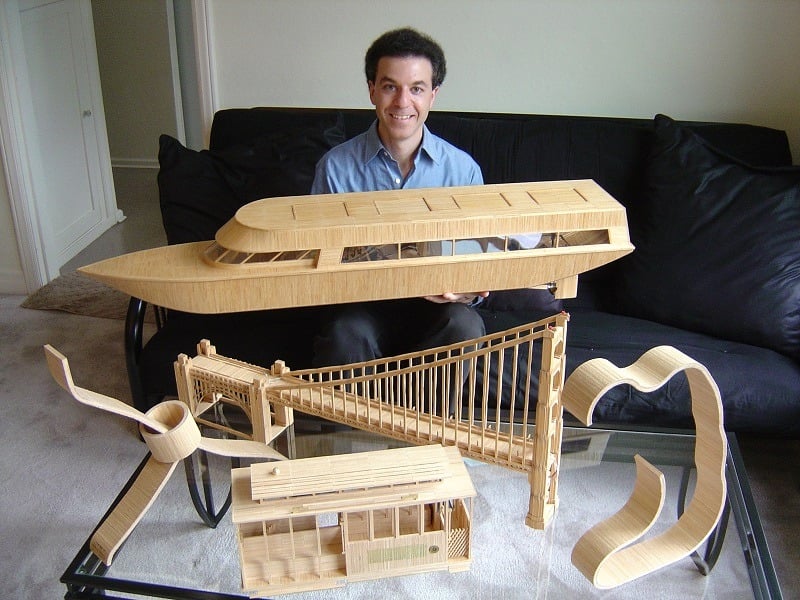 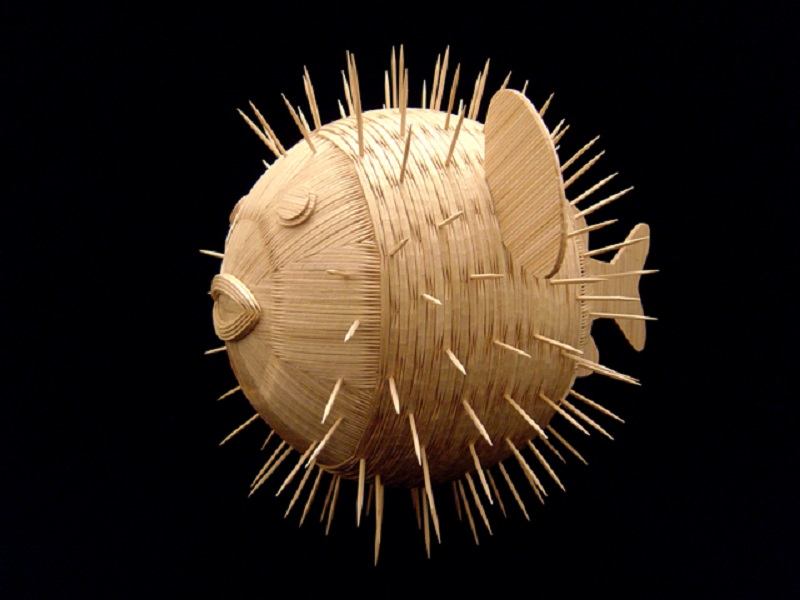 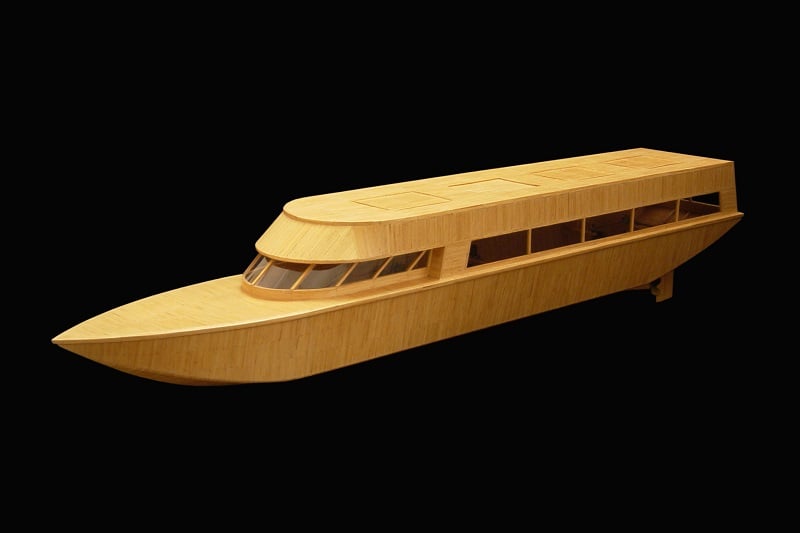 Although Backman has created some of the world’s largest toothpick art sculptures—his 13-foot rendition of the Golden Gate Bridge comprised 30,000 toothpicks—he’s also known for creating miniature sculptures from a single toothpick.

Using only tweezers and a razor, Backman shaves ultra-fine bits of wood from the toothpick, and then fashions those bits into a piece of art. So far, he’s created Cinderella’s castle and a number of iconic buildings from all over the world. 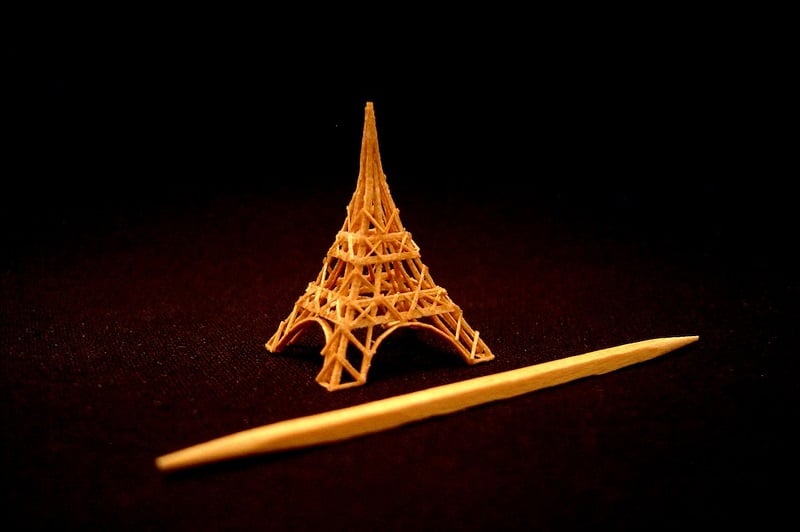 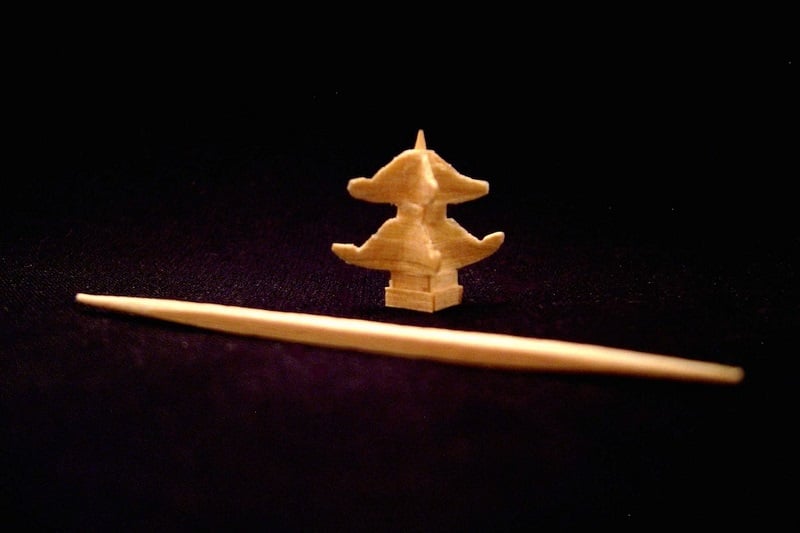 Although Backman’s artwork is always created from toothpicks, he does more than produce replicas of buildings and structures. Backman also fashions abstract curvilinear toothpick art and representational images.

To create these representational pieces, Backman arranges toothpicks (usually 30 or so) to create a person’s likeness. These days, many of Backman’s larger pieces are commissioned, though his personal projects have been exhibited all over the country. 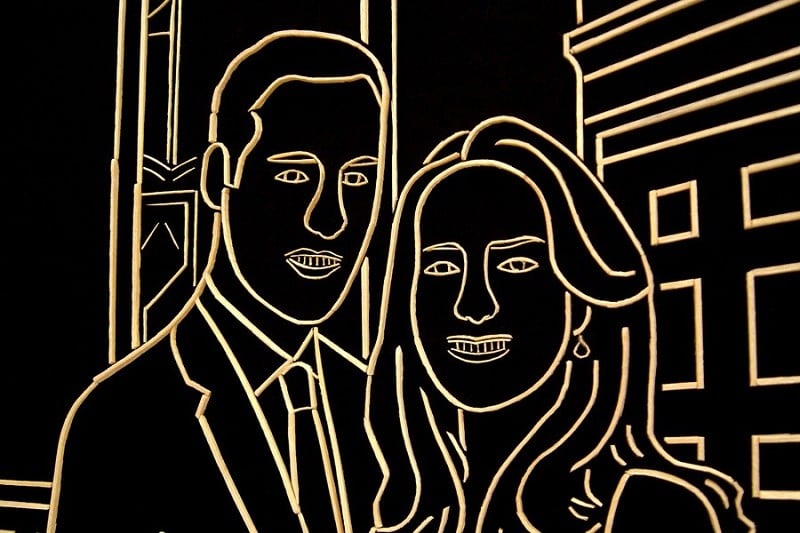 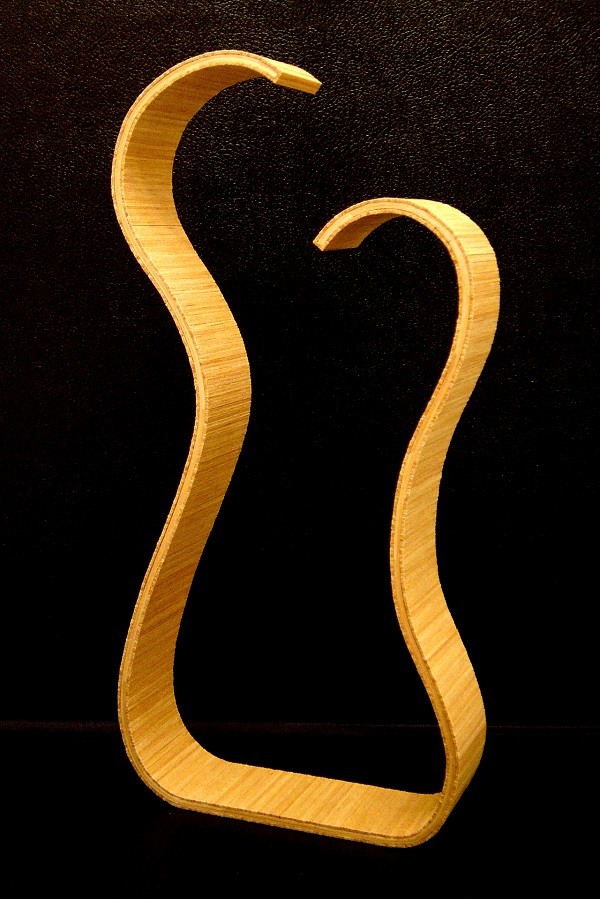 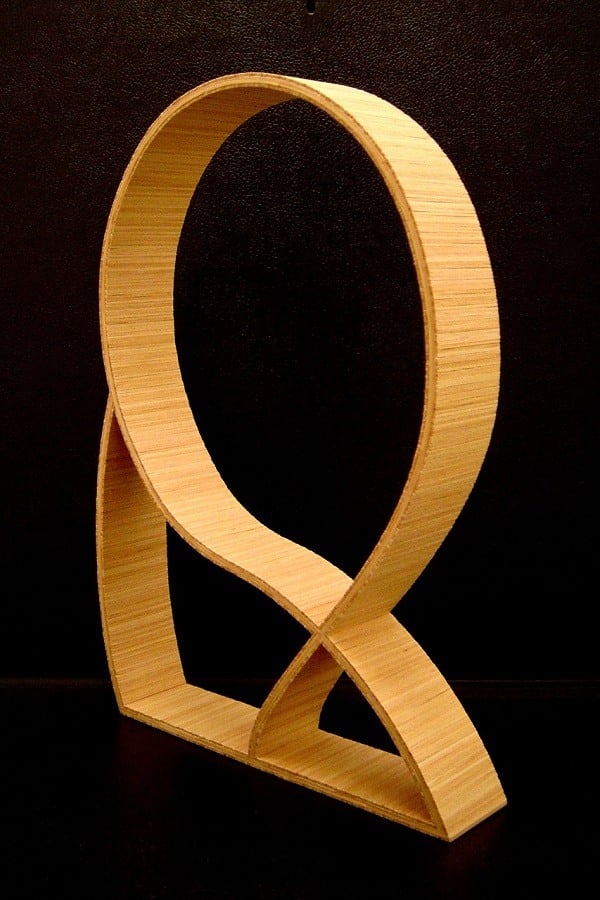