Map Of The Day: Which Nations’ Tragedies We Care About And Which We Don’t 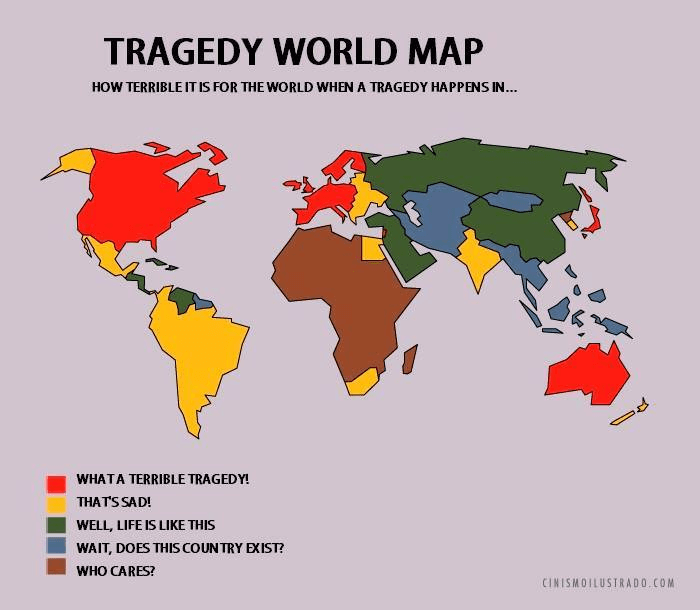 Let’s be perfectly clear: the attacks in Brussels earlier this week were a tragedy, and every bit of sympathy and goodwill the country has received is deserved. At the same time, tragedies like that one — and others far, far worse — continually go under-acknowledged. And the underlying problem is that there’s a terrible pattern as to why that happens.

And while that argument has proven true time and time again, there’s another map that’ll help reveal what else the Tragedy World Map is saying in perhaps an even more acute and nuanced way: 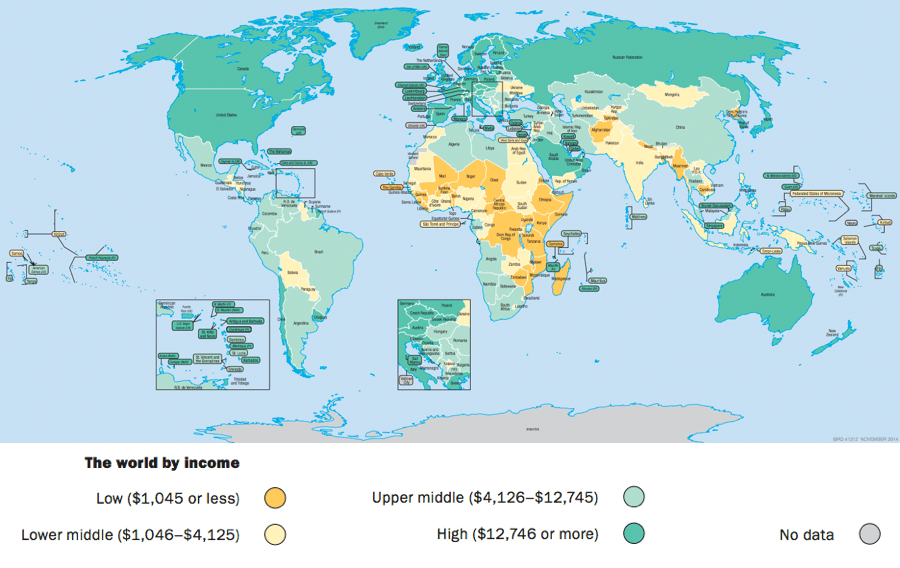 Map using the most recent World Bank data to show which countries have the highest average incomes, as determined by GNI per capita. Image Source: The World Bank

If you compare the map above with the Tragedy World Map, you’ll quickly see that the regions that receive the world’s sympathy, the regions that attract more attention, are the wealthier ones, and vice versa.

Now, sadly, a nation’s wealth is very often informed by its racial makeup for a host of complex reasons going back to the beginning of European colonialism. But no matter how you look at it, the world’s poorest nations are routinely ignored, especially when they’re in crisis — which is the case far more than we’d like to admit.

One need hardly delve at all to get but a small taste of what the world has been ignoring.