Why The Shooters Decided To Kill 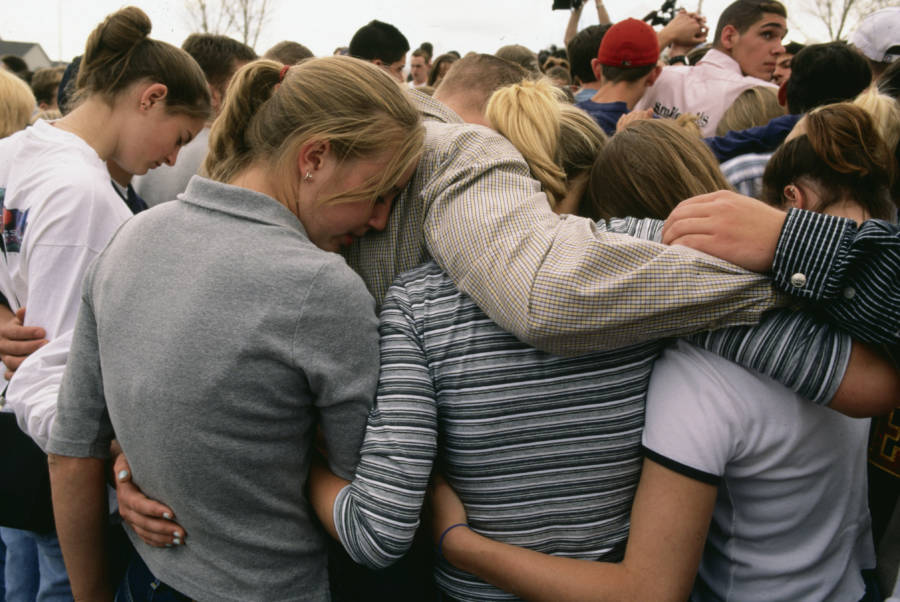 David Butow/Corbis via Getty ImagesStudents gather at a memorial for the victims. May 1999.

Eric Harris and Dylan Klebold weren’t social outcasts who were desperate to extoll vengeance on those who wronged them. Far more likely are the well-founded theories that the two teenagers were psychotic and clinically depressed, respectively. They weren’t outcast members of an angry group called the Trenchcoat Mafia, but actually a calculating killer and troubled young man.

Perhaps the plain answer millions long for even decades after the Columbine High School massacre as to why the two boys committed the atrocious acts of violence they did has nothing to do with any Trenchcoat Mafia and is instead likely best explained by one rational statement: They were mentally unwell.

“Oddballs are not the problem. They do not fit the profile. There is no profile. All the recent school shooters shared exactly one trait: 100 percent male. Aside from personal experience, no other characteristic hit 50 percent, not even close,” Cullen wrote.

Parents across the nation were desperate to make any semblance of sense of the tragedy and were eager to pin the terrifying behavior on an unorthodox subculture that the Trenchcoat Mafia came to represent. No one wanted to believe that their children died for no reason and everyone wanted to believe that acts like this don’t come from just anyone, but a special kind of person, like a Trenchcoat Mafia kind of person.

“Harris and Klebold planned for a year and dreamed much bigger,” said Cullen. “The school served as means to a grander end, to terrorize the entire nation by attacking a symbol of American life. Their slaughter was aimed at students and teachers, but it was not motivated by resentment of them in particular.”

“The path toward violence is an evolutionary one,” Cullen also wrote, “with signposts along the way.”

After this look at the Trenchcoat Mafia and other myths from the Columbine school shooting, read up on the Bath School disaster, the biggest school massacre most people don’t know about. Then, revisit the Kent State massacre in 24 heartbreaking photos.