Because the remote island had no wetlands or ponds, Trevor was forced to call a roadside puddle his home. 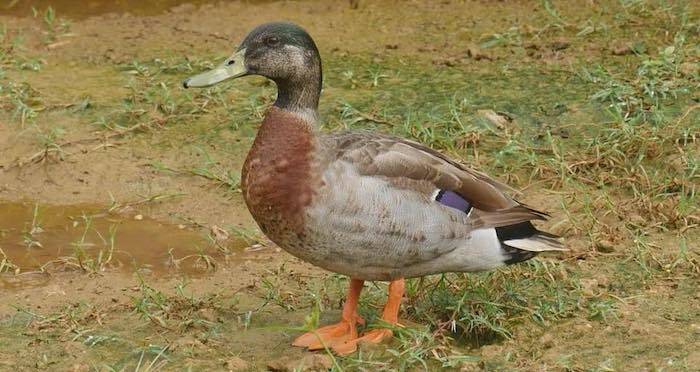 A mallard reportedly blown to the remote Pacific island nation of Niue by a storm last year has been found dead in a bush after an unfortunate attack by dogs, The Guardian reported.

New chicks at The Puddle! Spring has sprung! This week The Chicken and The Veka have hatched babies. It’s a busy place here. Hoping for rain or firemen this week as The Puddle is a bit dry. Here’s a short video of The Chicken with her new family, and me of course. 🦆🦆🦆

The island didn’t have any wetlands or ponds to accommodate him, but Trevor made do — and was quickly dubbed “the world’s loneliest duck” for subsisting on his lonesome. He was cherished dearly by Kiwi citizens on and off the nearby island nation.

A Facebook page dedicated to the beloved drake’s activities has nearly 2,000 followers, with the latest post announcing Trevor’s death garnering 100 shares and almost 1,000 likes to date. Parliamentary speaker Trevor Mallard even chimed in to publicly express his condolences, with the overwhelming reaction pointing toward how cherished this animal really was.

“Deepest sympathy to the people of Niue from the Parliament of New Zealand,” wrote Mallard.

Even the island’s chamber of commerce chief, Rae Findlay, made sure to commemorate the occasion, stating that Trevor’s death would be an absolute loss for the nation.

“He could fly and regularly flew around to visit friendly locals on their lawns and enjoy the tasty treats they offered,” Findlay told Fox News. “He always flew back to The Puddle on the side of the road where he had befriended a rooster, a chicken and a weka (native bird).” 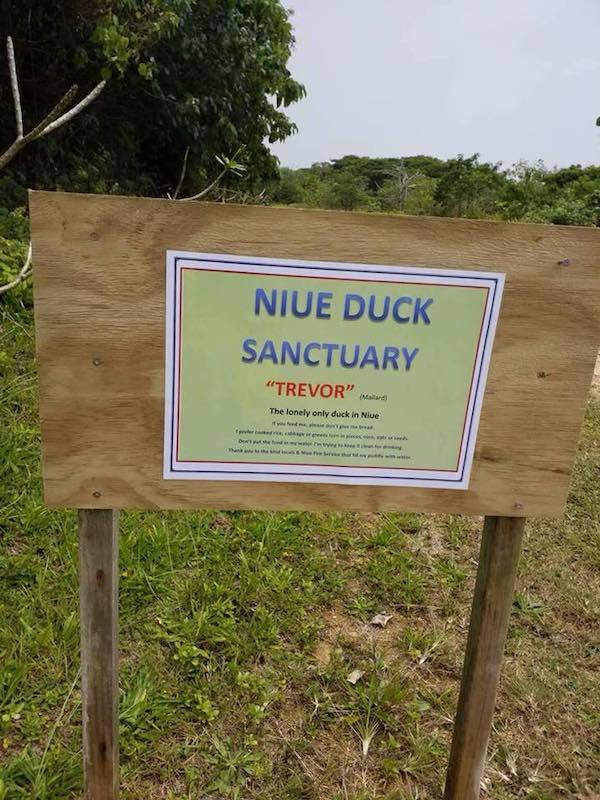 A sign for the Niue Duck Sanctuary protecting Trevor.

“He captured many hearts and even the rooster, the chicken and the weka were looking a little forlorn today wandering around near the dry puddle,” said Findlay.

While it may seem like a frivolous incident which would have little to no effect on most people, the remote island has a tiny population of 1,600 and is almost four hours away from Auckland by plane. Local firefighters would fill Trevor’s puddle with water while he was alive, and New Zealand’s former high commissioner would regularly feed him. In places like these, with people who care, a single duck brings communities together.

After reading about Trevor, the world’s loneliest duck, read about the balut egg, the most disturbing duck dish in the world. Then, venture to Tristan da Cunha a.k.a. Edinburgh of the Seven Seas, the most remote human settlement on Earth.