A Damn Fine Set of Pin-Ups: The Women of Twin Peaks 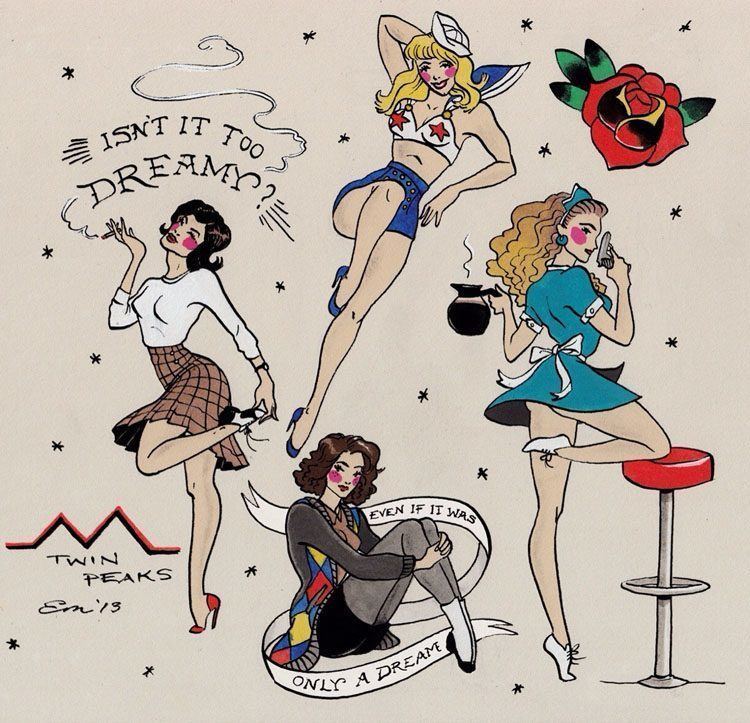 Twenty-five years after the television death of Laura Palmer, it has been announced that the quirky cult hit Twin Peaks will be returning to the airwaves in 2016. The show has gotten another shot in the arm, but its insatiable fans are always calling for more. 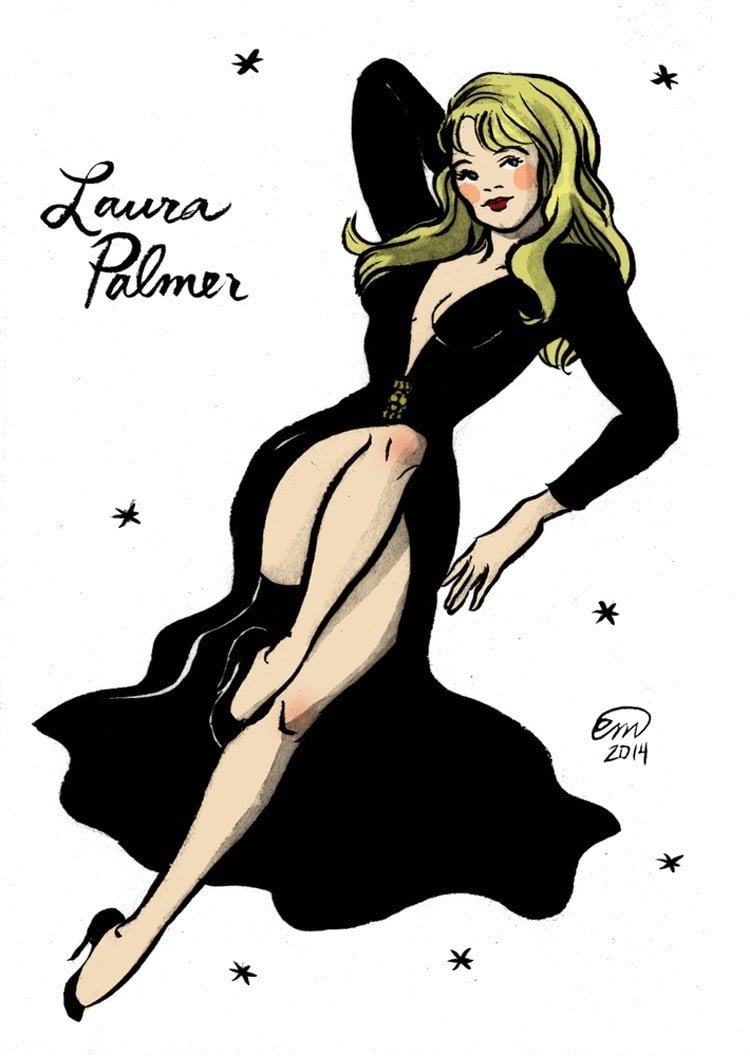 At the time of the original series’ airing, it would have been impossible to imagine an internet-driven world full of fanfiction and fan art. But with so much love for a certain fictional logging town (and much anticipation of what will come for the new series), artist Emma Munger has picked the perfect time to release a portfolio of pin-up pictures based on the women of the series. 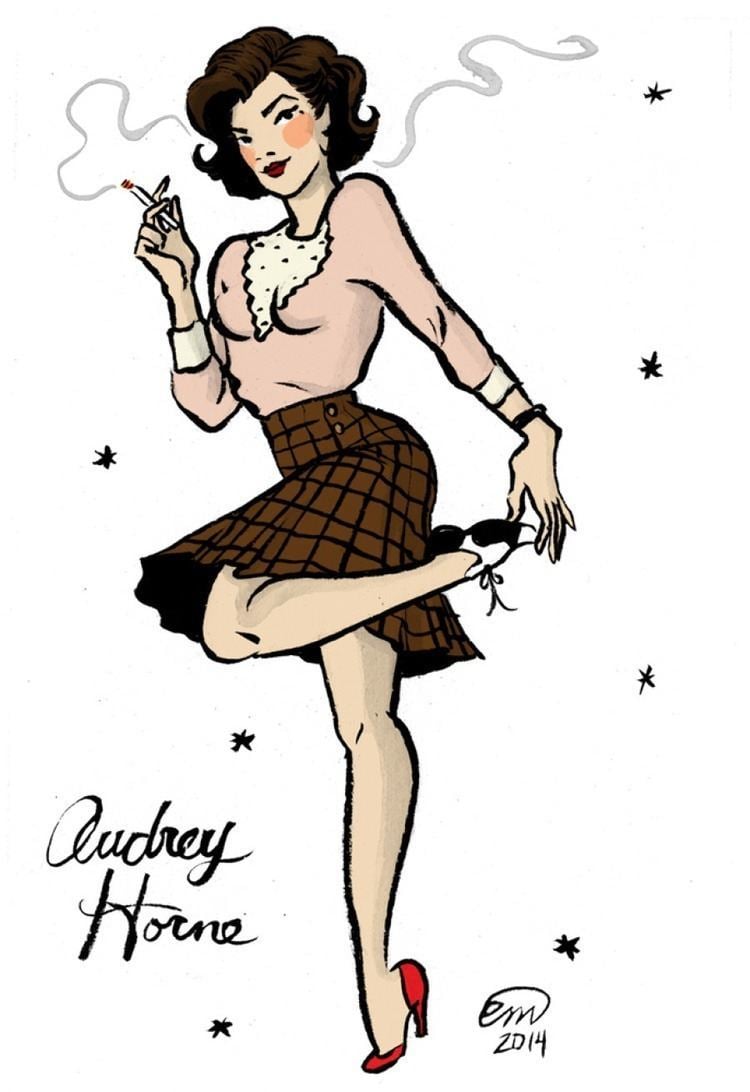 Inspired by legendary tattoo artist Norman “Sailor Jerry” Collins’ pin-up art and the very interesting ladies of Twin Peaks, Munger created a collection of images sure to please the fans of the David Lynch and Mark Frost supernatural series. 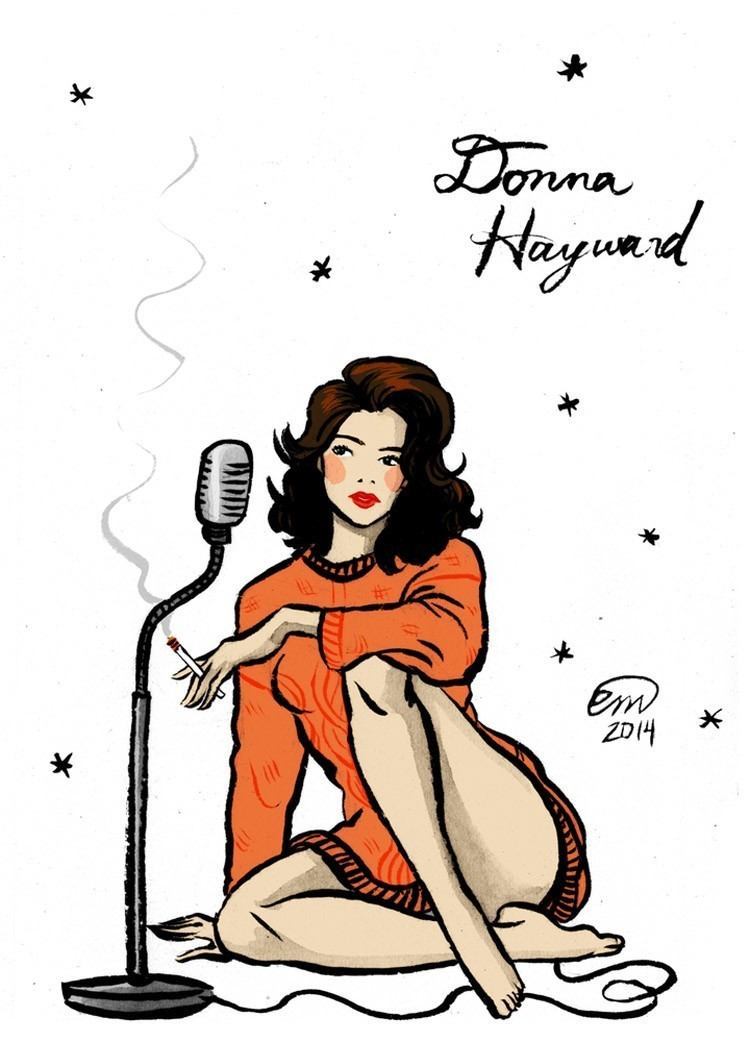 Though the so-called attractiveness of the ladies of Twin Peaks varied greatly (beauty being in the eye of the beholder), each and every one of them were mesmerizing in their own ways. 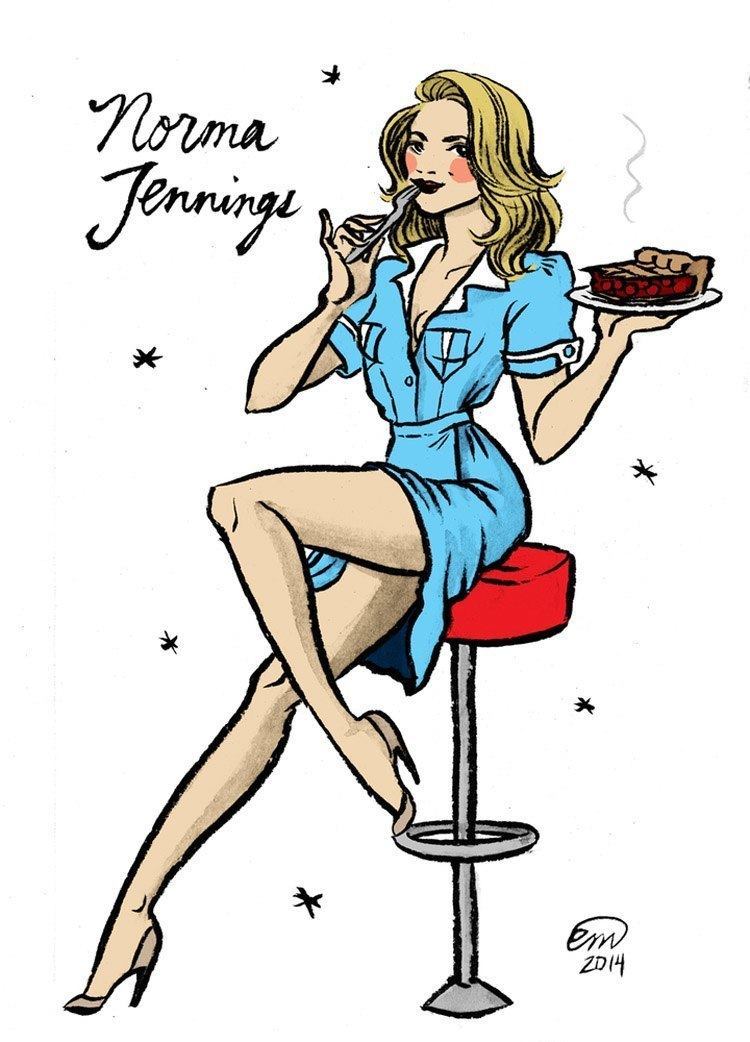 Some of the show’s female characters were eccentric, some were manipulative, most were strong, and – as with all of the characters in the show – all of them were downright strange in one way or another. 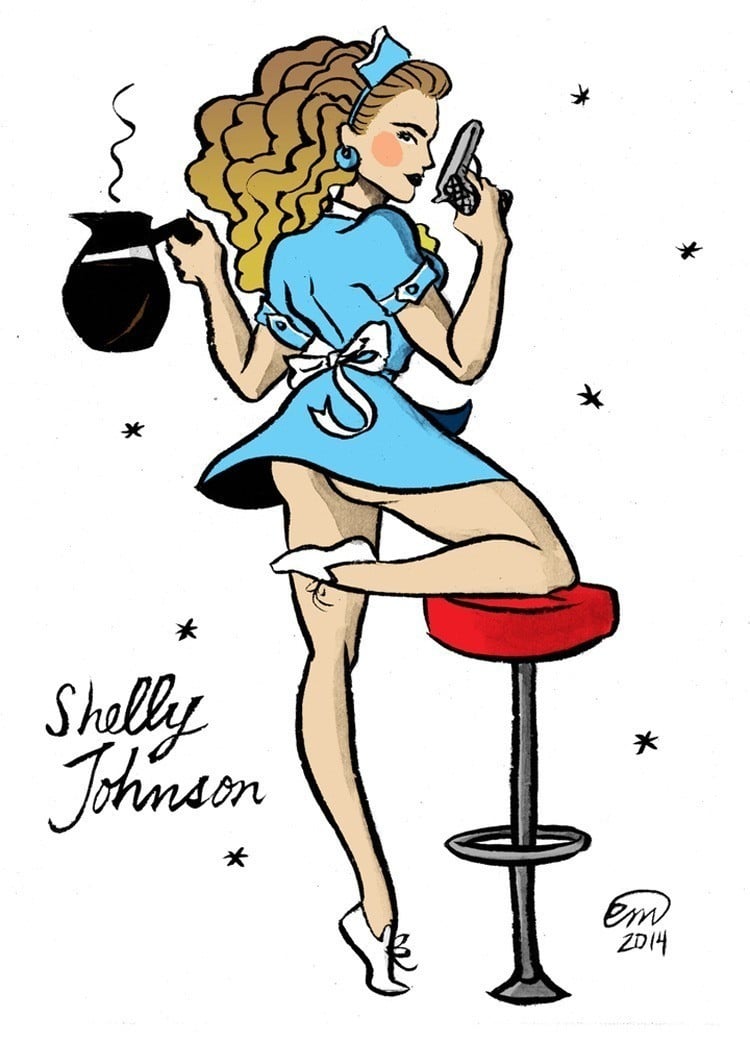 In Munger’s images, she gives all of women of Twin Peaks a sexy edge, and puts some of the characters in provocative poses that you may have never imagined while watching the show. 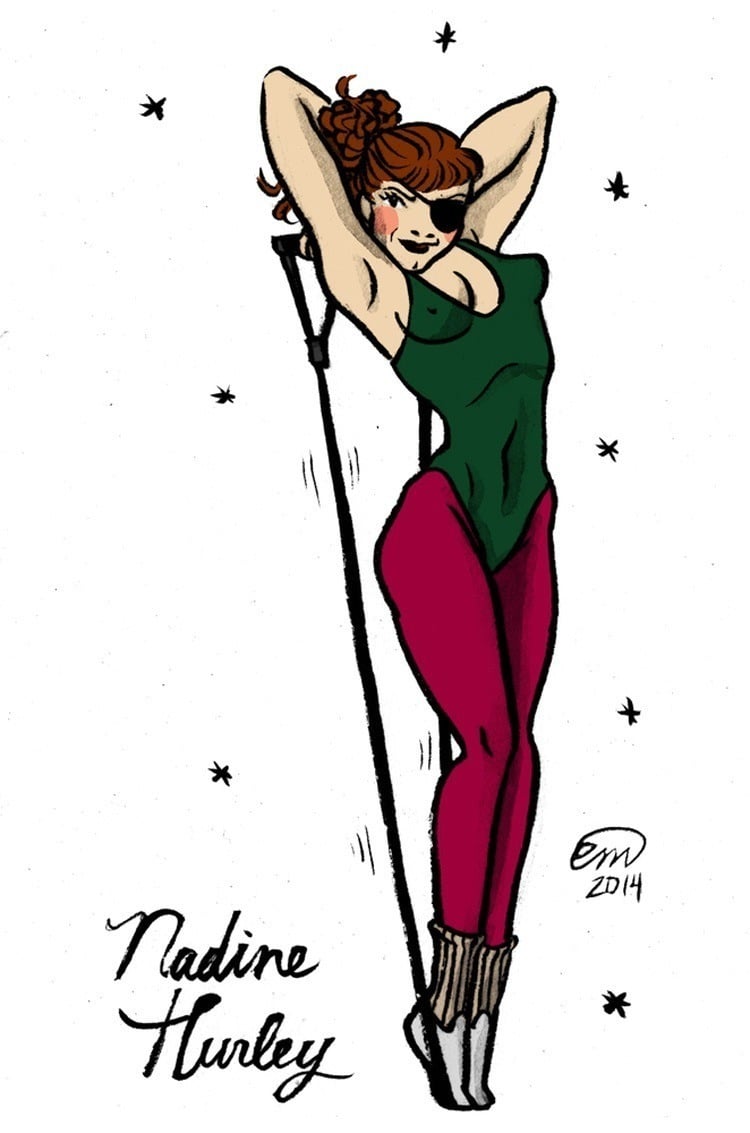 In speaking to The Huffington Post Arts, Munger stated, “I was inspired to make this series after I had success drawing Scully from the X-files in the Sailor Jerry pin up style — people seemed to love their beloved cult classics re-imagined and I love being the remixer!” 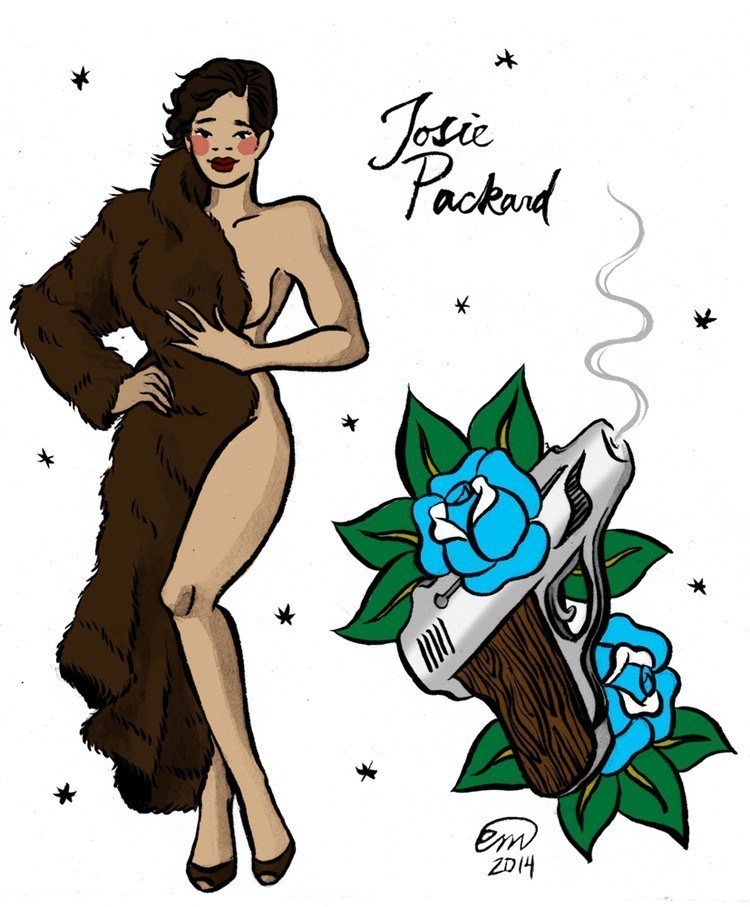