“It be awesome. Seriously im going to help her. Its like getting away with murder!" 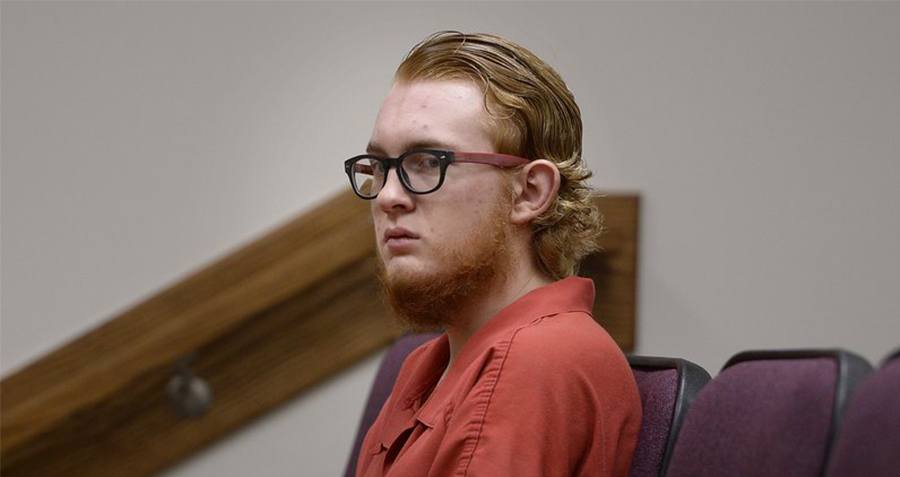 A teenager in Utah who allegedly helped his friend kill herself is now facing a first-degree murder trial for his actions.

In April, Tyerell Joe Przybycien had texted his friend, asking about suicide.

“What do you do if you knew a friend was trying to commit suicide?” he texted his friend.

The friend responded that he would “talk them out of it.”

“The thing is…I wanna help kill them,” Przybycien then responded. “It be awesome. Seriously im going to help her. Its like getting away with murder! I’m so fucked up. I’m seriously not joking. Its going down in about a week or two.”

A month later, in May, the body of 16-year-old Jchandra Brown was found hanging from a tree by a rope in an area near Maple Lake in Payson Canyon, Utah.

Przybycien was charged with first-degree murder and failure to report the finding of a dead body after he was found in the area near Brown’s body.

Along with Brown’s body, two grocery bags were found. Inside, police found a cellphone and a handwritten note from Brown instructing police to “watch the video” on her phone. There was also a receipt for the rope and an air duster can purchased in Przybycien’s name

The video, allegedly shot by Przybycien, showed Brown standing on a rock under the tree, with a noose around her neck, holding the air duster can. Przybycien could be heard asking her to say something. Brown then inhaled a large dose of the air duster can and fell. Przybycien was then heard saying “That didn’t work. That did not even work.”

He proceeded to ask her questions for 10 to 11 more minutes, none of which she responded to. Toward the end, he asked her to give him a “thumbs up” if she was okay, apparently trying to check on her. At the end of the video, he could be heard saying “I guess I’ll just leave this here now.”

Upon being found by police, Przybycien agreed to be interviewed and admitted he had been with Brown when she died.

He told authorities, during his interview, that he had begun spending time with Brown after she had confided in him that she wanted to die. He also said that he had been with her the night before, and purchased the rope and air duster can for her.

He also told authorities that he felt guilty for the death, a sentiment that was corroborated by his text messages. After Brown’s death, Przybycien texted the same friend he had before, telling him what had happened.

“Bro it happened.. I helped her do it too and I feel so guilty,” his text reads.

Authorities arrested Przybycien after his interview, charging him with first-degree murder and failure to report the finding of a dead body.

On Tuesday, a judge ruled that it was “reasonable to infer that but for [Przybycien’s] actions” leading up to Brown’s death, she would still be alive. The judge also noted that Przybycien’s conduct was a “substantial factor” in causing her death.

During his interview with police, Przybycien expressed that he himself wanted to die and that his reason for assisting Brown was because he wanted to see if it was something he could do to himself.

However, the judge wrote that that was no excuse, claiming that Przybycien had acted “knowingly and intentionally” with “utter callousness to the value of human life.”

In addition to first-degree murder and failure to report the finding of a body, Przybycien is facing an unrelated five founds of exploitation of a minor. During a search of his phone, police found child pornography, mostly consisting of illicit photos of children as young as five.

Przybycien is expected to plead not guilty at his arraignment next Tuesday.

Next, read about the Massachusetts teen who was convicted of manslaughter after she encouraged her boyfriend to kill himself over text. Then, read about the boy who killed himself to win as part of the “blue whale challenge.”