In the day preceding tablet PCs and smartphones, we relied on typewriters to render documents readable and formal. Known for their unforgiving nature and uncanny ability to run out of ink at the worst times, it’s a bit odd that typewriters have become an object of romantic nostalgia as of late.

Channeling that sentiment—as well as showcasing the typewriter’s versatility and usefulness—artist Alvaro Franca fashions intricate likenesses of famous writers using nothing but a typewriter. These portraits comprise part of an ongoing project, and Franca has plans on putting out at least five more to complete the series. 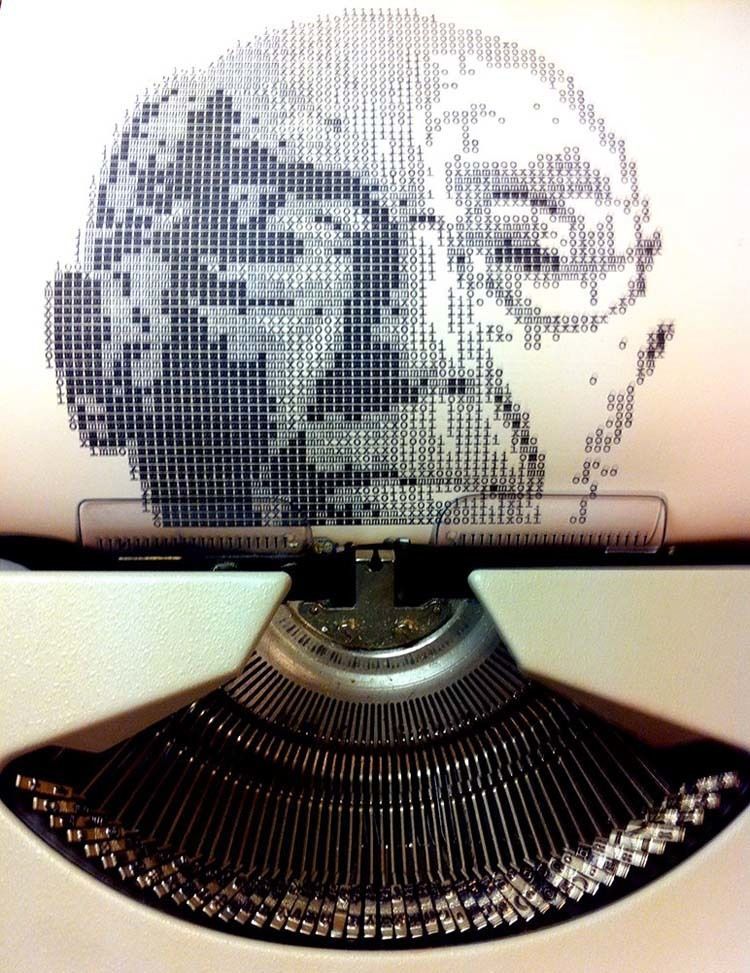 Franca goes through line by line and inputs specific characters to create stunning portraits of his favorite authors, who no doubt used typewriters while writing their stories. Franca has the help of a computer program while doing this, but he physically has to type each character out himself; there are no shortcuts here. He will create the portrait on the computer first, and then re-create it on the typewriter, presumably cutting out quite a bit of guesswork. 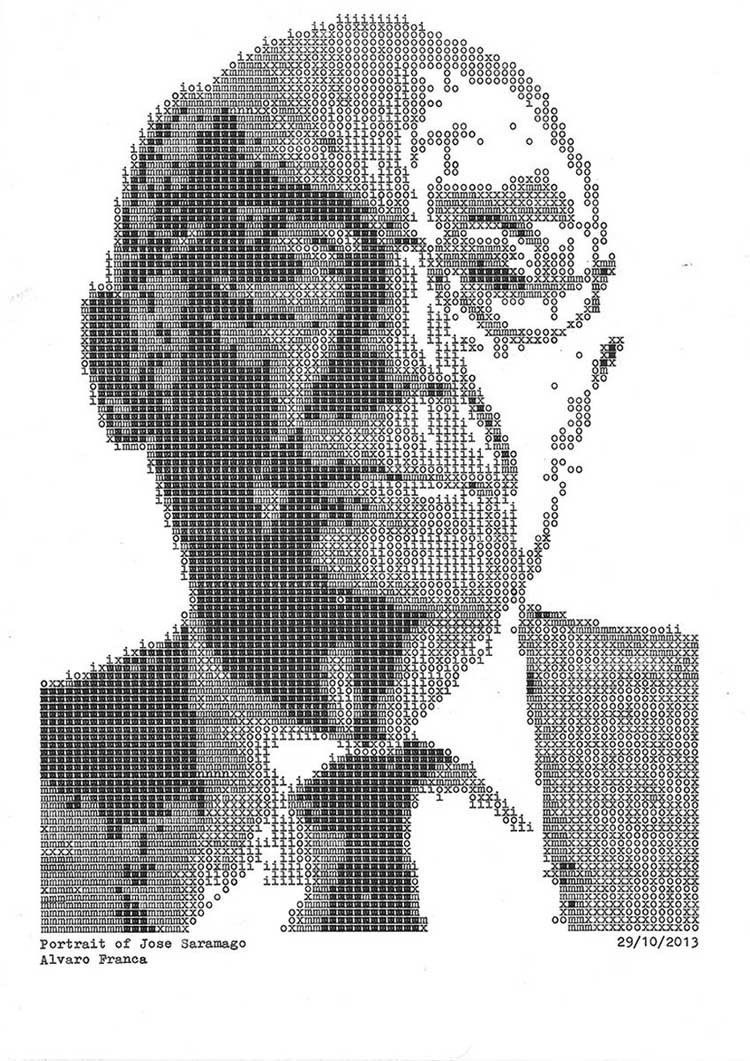 This is a portrait of Jose Saramago, a Portuguese writer who has sold over two million copies of his books. Using ink and letters as brush strokes, individual characters rightly appear as molecules that shape Saramago’s being. Franca attended the Cambridge University of Art, where he learned about grey-scaling and recreating pictures, ultimately adding his own twist to them in his typewriter portraits. 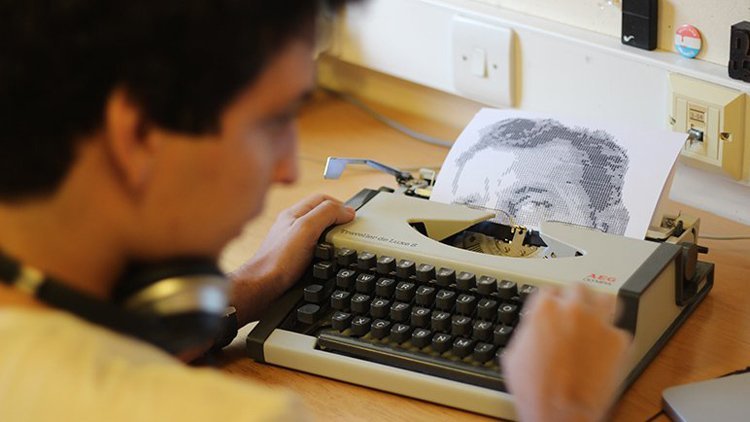 All of these portraits were done only last year. Many hours have been put into the production of these understatedly realistic pieces. 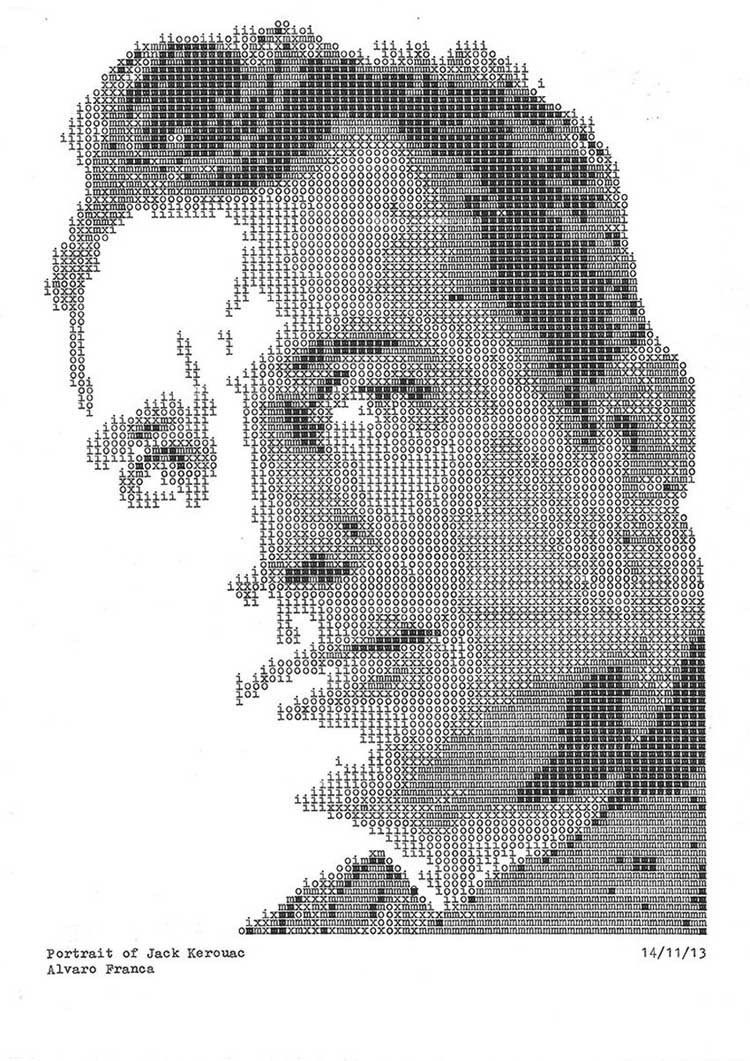 This portrait is of famed author Jack Kerouac, made famous by his beat-poet novel “On the Road”. This piece contains a lot of contrast in values, really making the portrait of the literary iconoclast pop. 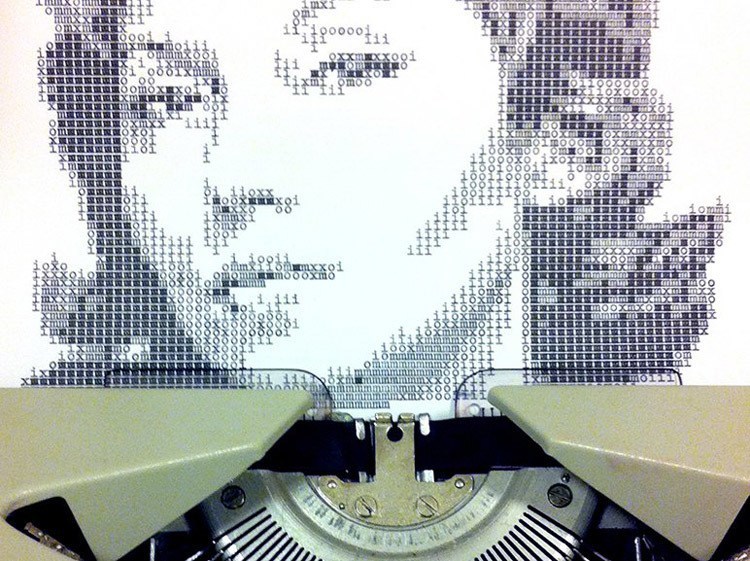 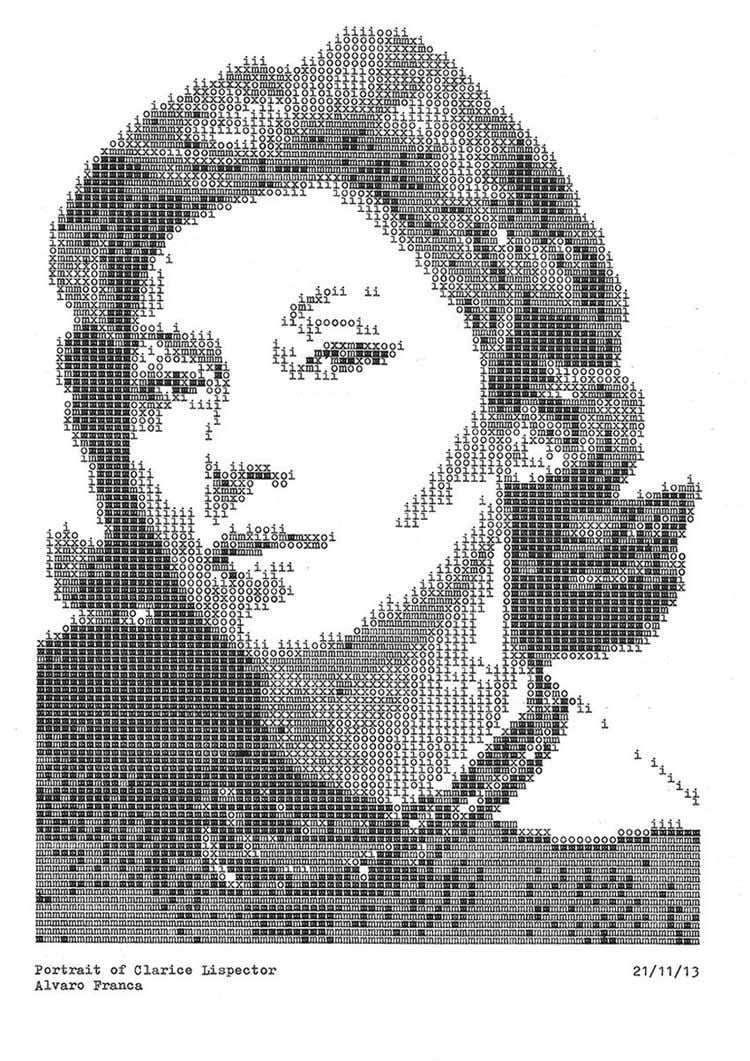 Clarice Lispector was a journalist and Brazilian author often regarded as being as beautiful as she was talented. Franca highlights this through the attention he pays to her hair. 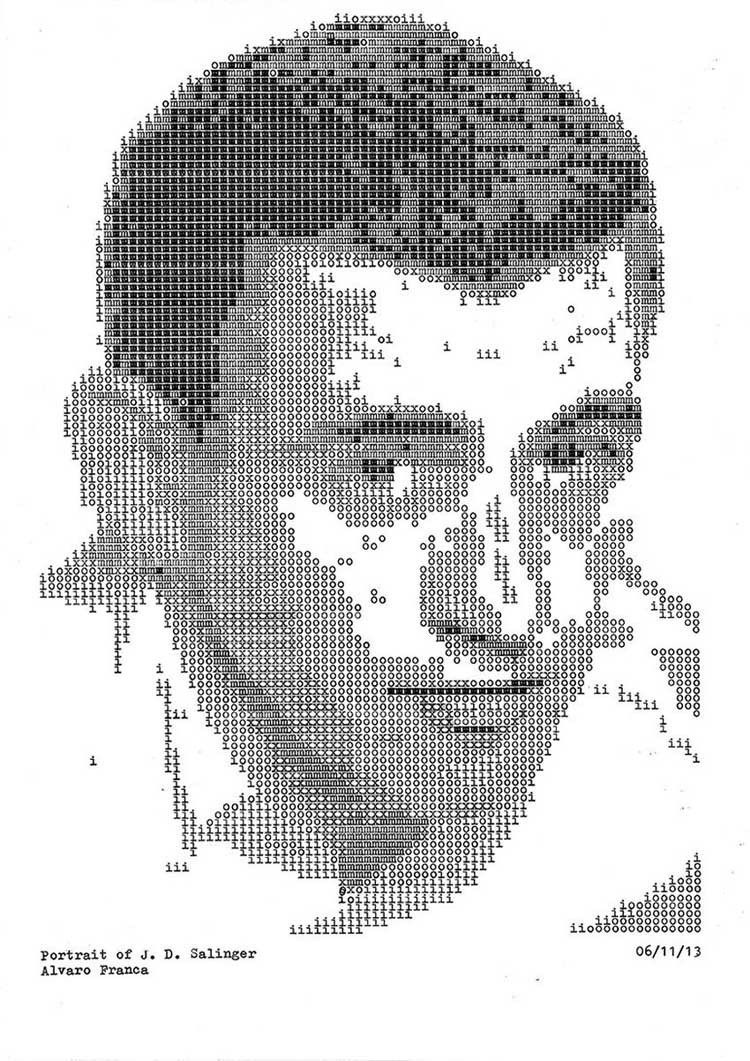 Author J.D. Salinger is best known for writing Catcher in the Rye in 1951, which spent 30 weeks on the New York Times bestsellers list, and up until 2014 was still selling 250,000 copies a year. 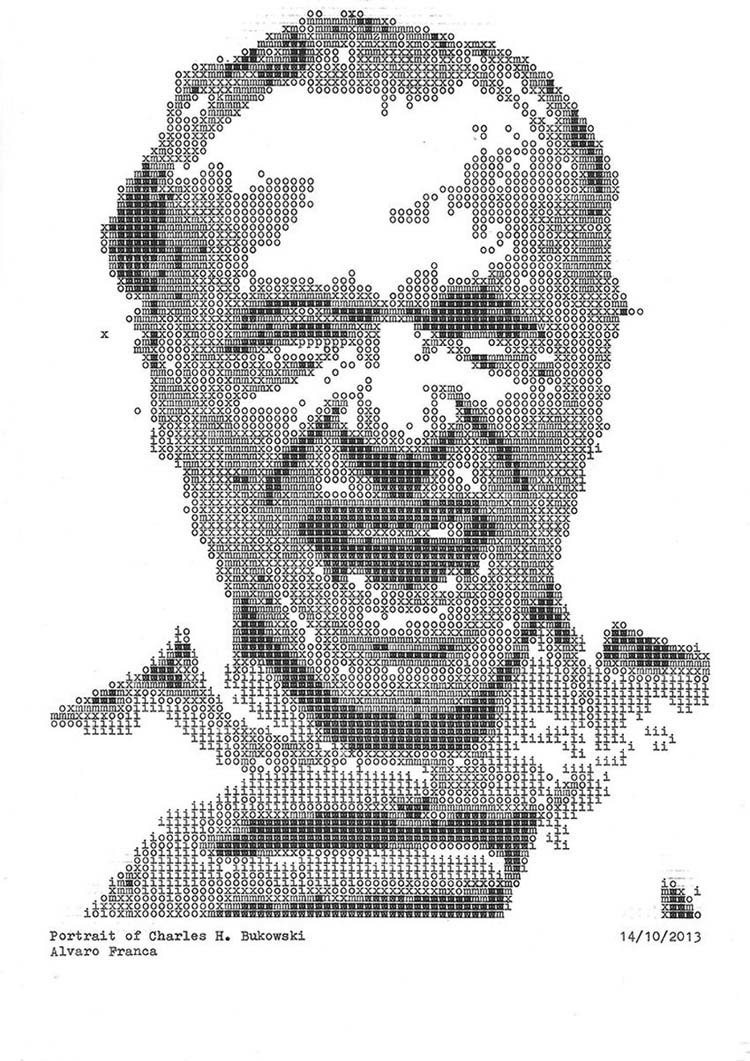 The expression is what really makes this portrait stand out. A pioneer of “dirty realism”, Charles Bukowski wrote hundreds of short stories, thousands of poems, several novels, and a handful of film scripts while ruminating in the ambience of 1960’s and 70’s Los Angeles.