Plan To Build City On Mars Unveiled In Dubai

With international help, the United Arab Emirates plans to have its city built by 2117. 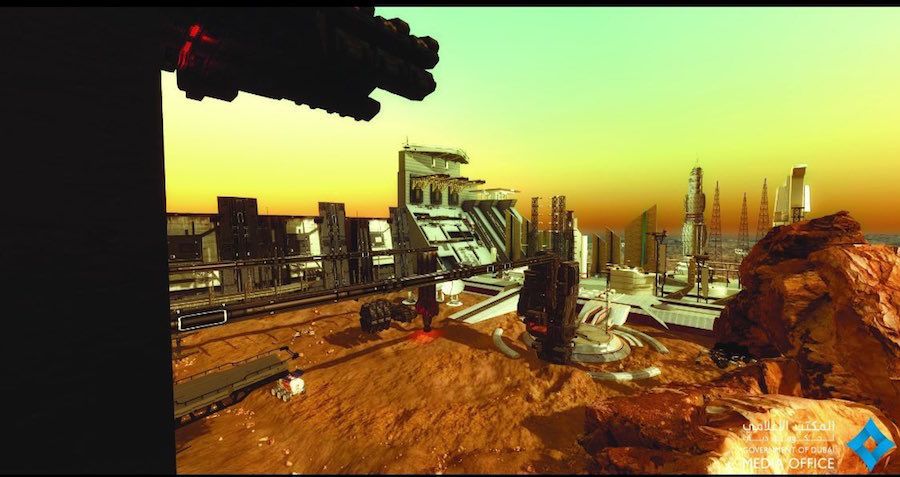 The United Arab Emirates (UAE) unveiled its plan to build the first city on Mars by 2117 at the World Government Summit in Dubai this past weekend.

“The Mars 2117 Project is a long-term project,” Sheikh Mohammed bin Rashid Al Maktoum, Dubai’s ruler and the UAE’s vice president, said in a statement, according to The Washington Post. “Human ambitions have no limits, and whoever looks into the scientific breakthroughs in the current century believes that human abilities can realize the most important human dream.”

The statement went on to explain that the UAE will place a heavy emphasis on space sciences for future university students. This countrywide academic focus intends to make interplanetary travel and space colonization a reality for the Middle Eastern nation’s citizens.

We aspire in the coming century to develop science, technology and our youth's passion for knowledge. This project is driven by that vision. pic.twitter.com/4QibJjtiM2

In the meantime, the UAE presented a concept city called the City of Wisdom in virtual reality that “highlighted the government’s hopes of space travel,” CNBC reports.

“The city is roughly the size of Chicago. It has a population of 600,000,” Saeed Al Gergawi, the manager of the scientific and research committee at the World Government Summit, said to CNBC.

“We came up with that number because it’s like someone going to an exotic island, not everyone can go first, then we get the advancement of rocket tech, which makes people move there easily, then the advancement of oxygen tech to make it more Earth-like, which would incentivize people.”

Al Gergawi went on to say that the UAE will depend on working together with other countries to successfully create its city on Mars by 2117, with the current plan centering itself on other countries co-signing a treaty each year to stay involved in the project.

“On Earth, we are based largely on a capitalist system,” Al Gergawi told CNBC. “For sure we will have capitalist elements. But we would have to create something unique that would fit the needs and environment on Mars.”

Furthermore, the UAE’s space program, which launched in 2014, is currently planning to send an unmanned probe called Hope to Mars by 2021, thanks in part to partnerships with the French and British space programs. That project was described as “on track” last month, according to The Washington Post.

The "Mars 2117" project will develop an Emirati and international team of scientists to push the human exploration of Mars in years to come. pic.twitter.com/5ujxvyC8As

Next, check out the time that the Curiosity rover found a weird egg rock on Mars, before finding out what the first human homes on Mars might look like.