University Bans Words Spelled With “Man” Like “Sportsmanship” And “Manpower”

The university asks, for example, that "sportsmanship" be replaced with "good humor" or "sense of fair play." 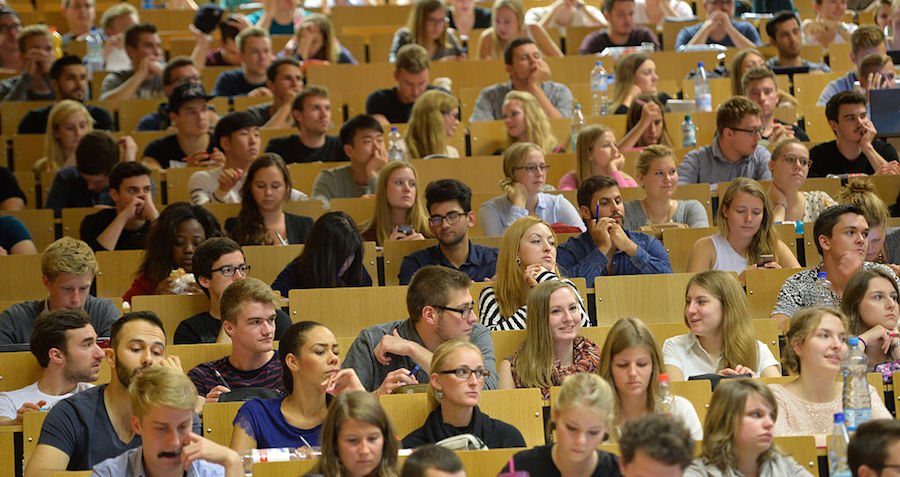 An English university has banned gender-specific terms in exchange for gender-neutral phrases.

Cardiff Metropolitan University has banned 34 phrases in hopes of “embrac[ing] cultural diversity,” The Independent reports. The university does not want students’ “cultural background[s]” affecting other students on campus.

Some of the banned terms include “forefathers,” “mankind,” “sportsmanship,” and “gentleman’s agreement.” The policy also advocates against saying words such as “homosexual” and “heterosexual” as the words are “laden with the values of a previous time,” according to the university’s code of practices, and instead states that “‘same-sex’ and ‘other-sex’ relationships is a good option.”

“Nobody likes being lumped together in a group, so try to avoid generalized terms such as ‘the disabled’, [or] ‘the blind.’ … ‘Disabled people’ is preferable to ‘the disabled’ or ‘people with disabilities’ as it emphasizes that the people are disabled by a society which doesn’t accommodate them,” the university writes. “Don’t be too anxious about the use of language, though. … Blind people do use terms like ‘see you later’ and being too careful can make conversation difficult for both parties.”

Should any student or staff member not follow the new rules and utter one of the banned phrases, they could very well face disciplinary action. What exactly the punishment will be, no one is quite sure yet, but the policy has been called an “insulting” attempt to dictate free speech, according to The Independent.

“The idea that in a university people need to be dictated to in this way is really insulting to students and academics, we should be able to cope with words,” Dr. Joanna Williams, a lecturer at the University of Kent, told The Telegraph. She added that the ban was “unnecessary. … These words have evolved over a long period of time and they don’t have sexist associations.”

However, a spokesperson from Cardiff Metropolitan University told The Telegraph that:

“The University is committed unreservedly to the principle of academic freedom within the law. … It is also committed to providing an environment where everyone is valued and treated with dignity and respect. These two commitments are cornerstones of academic life at the University. … The Code of Practice on Using Inclusive Language sets out a broad approach to promoting fairness and equality through raising awareness about the effects of potentially discriminatory vocabulary. … In particular, it includes some suggestions to support gender equality; these are consistent with other guidance (e.g., British Sociological Association’s information on Equality and Diversity).”

Below are all the terms that Cardiff Metropolitan University is banning and the alternatives they suggest instead:

Next, read up on the university that offered counseling to students offended by others’ Halloween costumes, before finding out about the public university that is offering a “stop white people” course.