Why Not Vaccinating Your Kids Seems Safe (But Isn’t) 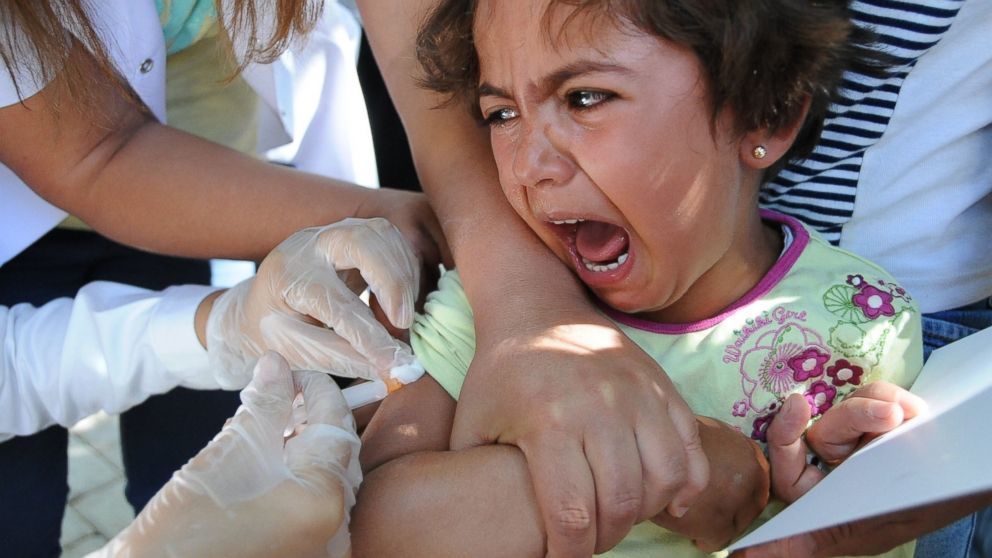 What anti-vaxxers imagines when they think “vaccine”- pain for their child. But it isn’t that simple. Source: Rauf Maltas, Getty

Last year, a massive measles outbreak in California led officials at the Centers For Disease Control to wonder just what might be causing so many new infections of a disease they thought had under control. The answer was simple: increasingly more people are choosing not to vaccinate their children.

The process of vaccination involves injecting a small amount of deactivated or dead virus into the body so that the body’s natural defenses can strengthen an immunity to it. It’s kind of like getting the other team’s playbook before the big game. These deactivated forms of viruses are used to prevent an extensive list of diseases, including pneumonia, whooping cough, influenza, and tuberculosis–preventable diseases that kill millions of people every year.

Of course, in a very small number of cases, that amount of deactivated virus can cause sickness, but the benefits far outweigh the risks.

The concerns of anti-vaxxers are many and range from the absurd, like claims that vaccines lead to an increased risk for autism (which has been proven false many times) to the seemingly reasonable worry that these diseases simply don’t pose enough of a threat–nor do we understand enough about the chemicals in the vaccine themselves–to deliberately expose children to them. Of course, no one wants to expose their children to something that could possibly hurt them, but here’s why anti-vaxxers are doing more harm than they might think: 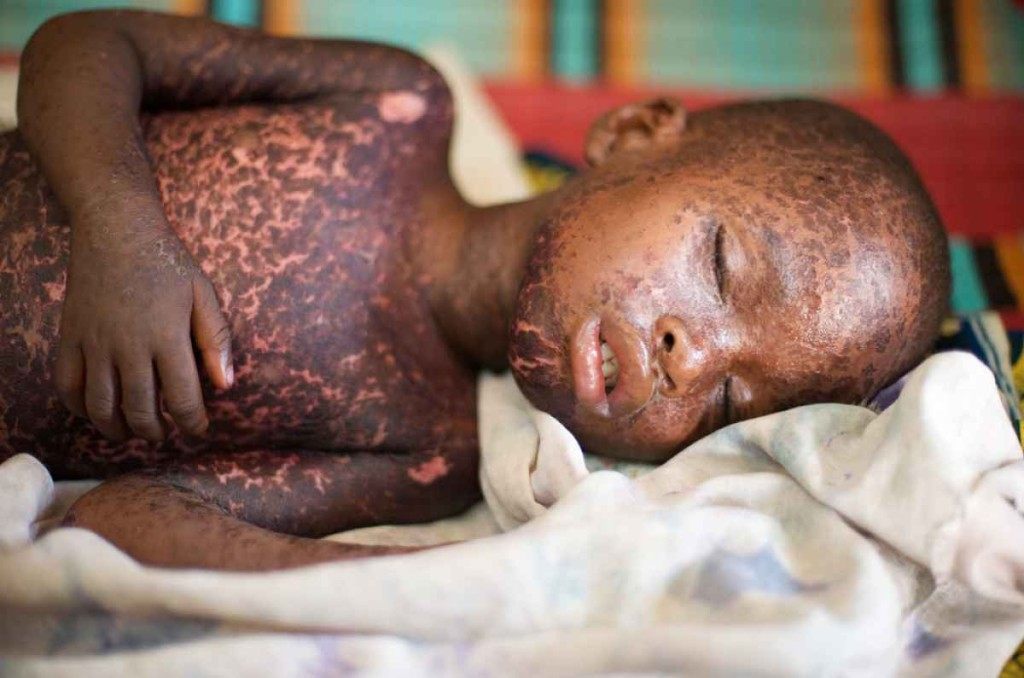 A child, without the vaccine, will become sick when exposed to measles. Source: Julian Harneis

Many anti-vaxxers take their cues from inaccurate and unscientific sites like this popular one called VaxTruth.org, where Guest Author Dawn Babcock Papple (capitalization hers) proceeds to show readers screenshots of her computer’s calculator to prove, unequivocally, that she’s done the math on the measles vaccine and it’s a bunch of hokey. Papple cites her own graphs created in Microsoft Word and this apocryphal piece of medical science from 1936. 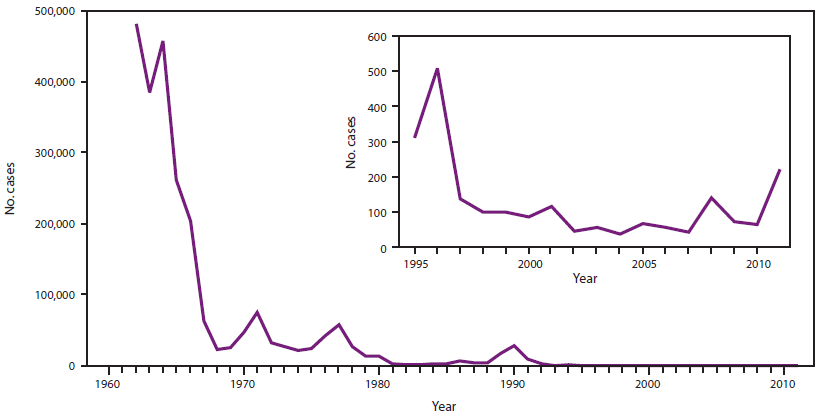 Graph of the incidence of measles since 1962. Source: McLean, et. al

The numbers from the Centers For Disease Control tell a different story, however. In 1998, there were 89 cases of measles with no deaths, while there have been 68 cases reported since January 1st of this year. Remember, these are only the numbers for measles– at least 1,300 people have died from vaccine-preventable diseases in this country, this year, in the first 10 days of January alone. 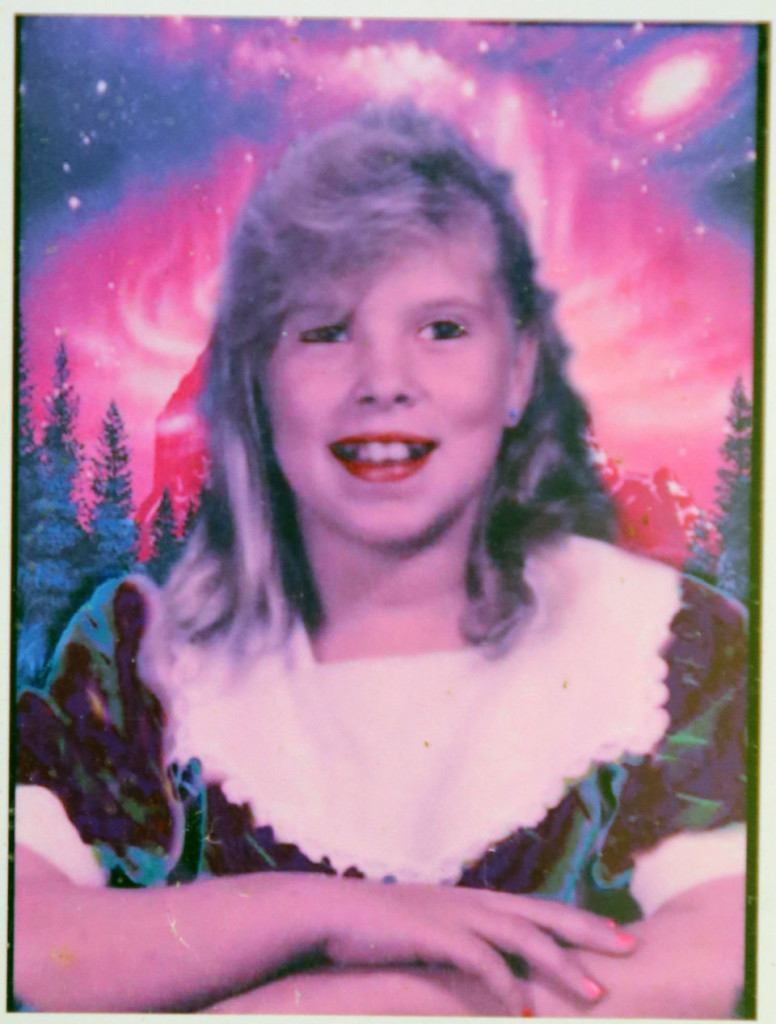 Vaccination has been proven to lower death and mortality rates better than non-vaccination.

Simply put, there is an unbelievable amount of legitimate, research-backed statistics which show that less vaccines equal more deaths. But if you need a more personal account, take the story of the Bowman family, who lost their 11-year-old unvaccinated daughter Tammy to a measles outbreak in 1990. Their daughter, Brooke, sick with the same strain of measles as her younger sibling, was vaccinated and is still alive to tell the story.

Spread of measles and other vaccine-preventable diseases in the last six years. Source: Council On Foreign Relations

The concerns about vaccines being the direct cause of illness and injury are unfounded– in its 20 year history, the National Vaccine Injury Program has only had 16,000 claims, and that’s for all vaccines. Compare that to the 28,000 people who got seriously ill from vaccine-preventable pertussis last year alone, and the risk of a vaccine doesn’t seem so bad.

Not vaccinating affects everyone, not only your family.

Watch this short clip on herd immunity, which simply explains why your unvaccinated child is a threat to everyone, even if the people he or she encounters are vaccinated:

Famed bioethicist Albert Caplan sums things up in his tough-as-nails, uncompromising way: “It is neglect to expose your child to vaccine-preventable disease. (…) It is selfish to expose my kids to disease.”

All other variables being constant: the presence and proper use of vaccines leads to a drop in mortality. More injections means fewer funerals, and it might just be someone else’s child that you are protecting.