However, the opposition might have a greater voice in the Trump administration. 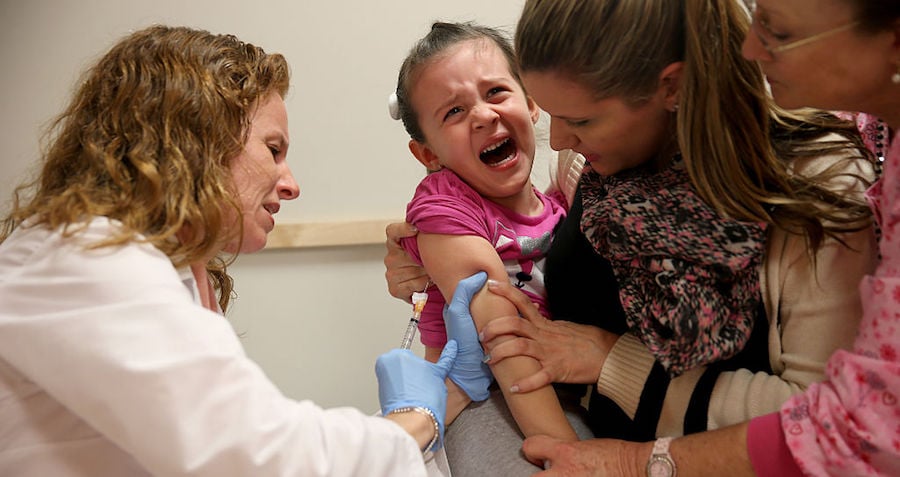 Joe Raedle/Getty ImagesA Miami Children’s Hospital pediatrician administers a measles vaccination to a four-year-old as her mother holds her in January 2015.

Despite conspiracy theorists and certain celebrities stoking the public’s fears about the purported dangers of vaccinations, new research shows that the majority of Americans believe that mandatory childhood vaccines are worth the risk.

“In addition to parents of young children, this analysis finds that adults under age 30 … and people with lower knowledge about science topics see a higher risk of side effects or lower preventive health benefits from this vaccine,” said lead author and Associate Director of Research Cary Funk in a news release. “Public health benefits from vaccines hinge on very high levels of immunization in the population, so it’s important to understand which groups hold reservations about the MMR vaccine.”

However, certain political hurdles could now hurt America’s chances of achieving the high levels of immunization that Funk suggests.

According to The Washington Post, former first lady Rosalynn Carter has asked first lady Melania Trump for a meeting to discuss the public’s perception of vaccine safety. Carter, who has long been a champion of vaccines, is the co-founder and president of Every Child By Two, a group that advocates for vaccinating children.

“We offered to bring experts to the table to explain all the science that has already been conducted on the safety of vaccines and the safety systems that are already in place that would make the commission redundant and unnecessary,” Amy Pisani, the group’s executive director, told The Washington Post.

However, President Donald Trump has been publicly critical of vaccines. He invited Andrew Wakefield, the former physician who published a now fully debunked study linking autism to the MMR vaccines, to a presidential inaugural ball and met with Robert F. Kennedy Jr., one of the leading proponents of the discredited theory, this past January.

After that meeting, Kennedy said that he and Trump discussed creating a commission on vaccines, which Kennedy would chair. However, the Centers for Disease Control and Prevention already has a committee in place already, called the Advisory Committee on Immunization Practices. According to The Washington Post, that committee follows a “scientifically rigorous and open process to evaluate all aspects of vaccine safety.”

As of a statement made by a White House spokesperson this Wednesday, there are no updates to report on Trump’s proposed vaccine commission.