Why A Man Was Burned Alive In Venezuela For Stealing $5 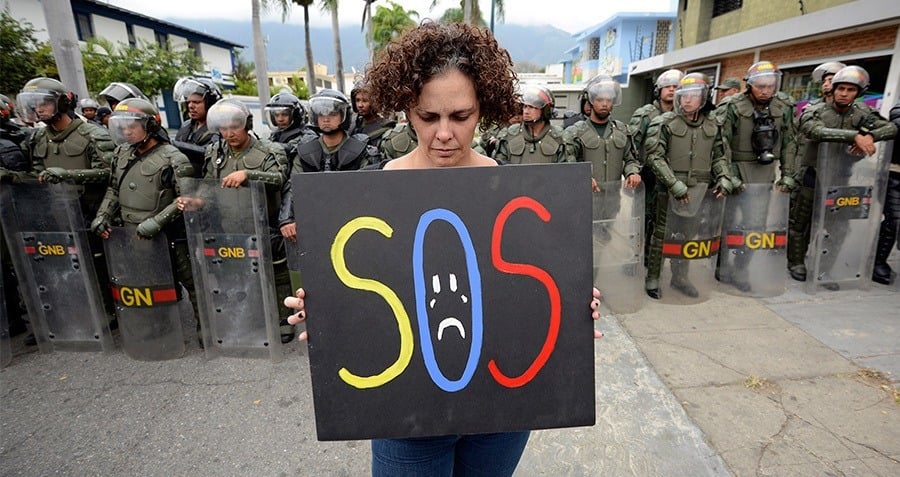 An angry mob in Venezuela burned a man alive for stealing the equivalent of $5, the Associated Press reported.

42-year-old Roberto Bernal went up in flames after being beaten by a crowd in Caracas. Bernal had been accused of mugging an old man.

When members of the mob looked through Bernal’s pockets, they uncovered the equivalent of $5. They proceeded to give the money back to the elderly man, and then “doused Bernal’s head and chest in gasoline,” flicked a lighter and watched as Bernal burned.

“We wanted to teach this man a lesson,” 29-year-old Eduardo Mijares told the AP. “We’re tired of being robbed every time we go into the street, and the police do nothing.”

Bernal lived in the slums of Caracas with his wife and three children, was out of work and recently told his siblings that he was having trouble feeding his family, the AP reported.

He would have died on the streets were it not for youth pastor Alejandro Delgado’s intervention. When Delgado arrived on the scene — able to “hear the man’s flesh crackling and popping” — he used his jacket to smother the flames.

“These guys I work with every day had turned into demons,” Delgado said.

Bernal was then taken to the hospital where he told his wife what had happened: He saw an elderly man tuck the equivalent of $5 into a hat that he hid in his jacket, and decided to grab the cash. Bernal died two days later.

What is most striking about Bernal’s death, however, is how little coverage it received by local media. As the AP reported, “in the general haze of violence, Bernal’s killing didn’t stand out enough to make the front pages or provoke comment from local politicians.”

Indeed, it would seem that violence in Venezuela has become normalized.

As the country has collapsed into chaos — plunging oil prices, soaring inflation, energy outages and food shortages have pushed the once-wealthy country to the brink — vigilantism has become part of daily life.

Now, the country of 30 million has one of the highest murder rates in the world — equivalent to that of a war zone, the AP says — and has, in the throes of economic and political turmoil, become an incubator for the belief that justice comes from murder, not law.

“People can try to make us look bad,” Francisco Agro, a 29-year-old taxi driver who participated in Bernal’s beating told the police. “But the truth is, the courts, the police, they don’t work. It’s not the way things should be, but it fell to us to protect an old man from a thug.”

Bernal’s blood still remains on a motorcycle taxi sign above where he was burned, the AP reported. Locals refuse to wash it off, as they view it as a “trophy” from the time they stood up to crime.

Next, learn about the tragic honor killings taking place in Pakistan.