The mother-daughter team were volunteering to clean up the banks of a lake for a local charity when they noticed a plastic bag lying on the shore. Inside, was a severed head. 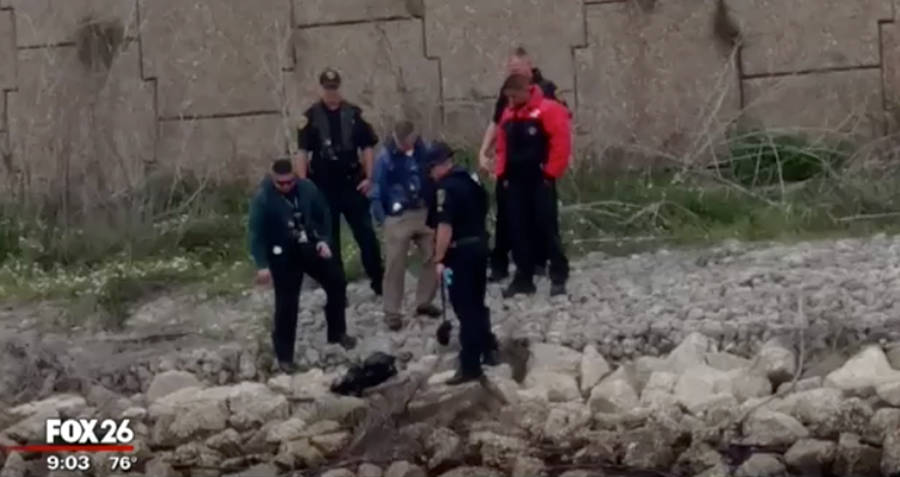 A group of volunteers cleaning up a park in Texas got more than they bargained for on Friday when they unearthed a severed head and a handgun from the shores of a lake.

A mother-daughter duo was the lucky pair to make the gruesome discovery while cleaning up a natural area near Lake Houston. The pair was volunteering with Texas Adaptive Aquatics, a charity that helps disabled children learn water sports.

The group was cleaning up the shores of Lake Houston for the charity’s annual “Trash Bash,” when the discovery was made. In addition to finding a severed head, one member of the group also found a discarded gun in the area.

“[We] had 300 volunteers come out to volunteer and one of them found a gun this morning and then about 20 minutes later, someone found a head, a human head,” says Roger Randall with Texas Adaptive Aquatics.

The mother and daughter pair didn’t notice that the head was, in fact, a head, at first, as it was wrapped in a plastic bag. The girl was the one to pick it up, thinking she was going to retrieve the plastic bag.

“It was a young lady, her and her mom were out helping cleanup and she was picking the trash and found a bag, a plastic bag and it was pretty heavy and she picked it up and found that it was a human head with hair,” adds Randall.

The police were called, who showed up to the scene with homicide detectives. So far, the age, sex, and ethnicity of the head are still unknown, as is the location of the rest of the body. Following the discovery, the entire lake was canvased by boat and on foot to find more evidence, as well as searched through the trash that had already been collected.

“I’m here, we’ll work with medical examiner’s office to identify the remains and who they belong to and then we will go with our missing person database and go that route of missing persons in the area,” said Andrew Barr, a detective with the Houston Police Department homicide division.

Next, check out the lions that killed a poacher and left only his head behind. Then, read bout the centuries-old head of Diogo Alves, that has been preserved by Portugal.