“It was liberating pulling that trigger. It was closure for all of us.” 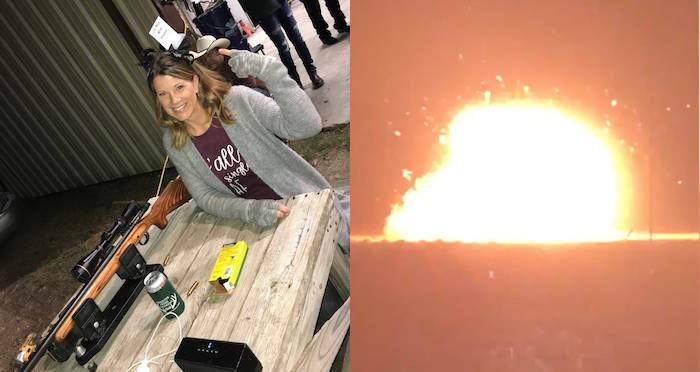 A Texas woman decided to celebrate the end of her 14-year-marriage with a literal bang.

At Kimberly Santleben-Stiteler’s divorce party, which was held a day after she legally finalized the end of her union, she opted to cap off the night’s festivities by exploding her wedding dress — the impact of which was reportedly felt up to 15 miles away.

“We were all getting messages asking if that was our explosion people were feeling and hearing around the county, up to at least 15 miles away,” said Kimberly’s sister Carla Santleben-Newport. “It was like, ‘Uh, is everything okay over there’?”

The event took place on Kimberly’s father’s farm in the small town of Lacoste, Texas, which is about 40 miles outside of San Antonio. Thankfully no one was reported hurt and no apparent damage was done as a result of the explosion.

Footage of the explosion.

The 43-year-old divorcée knew that she wanted to get rid of everything that reminded her of her marriage: “I wanted to remove all things from our marriage from our house,” said Kimberly.

She had a specific method in mind for the disposal of her dress. Initially, Kimberly said that she simply wanted to burn the dress: “I had a lot of advice and suggestions from friends and family, like donating it for premature babies and baptism gowns. However, to me, the dress represented a lie. I wanted to have a divorce party to burn the dress.”

But her father and brother-in-law suggested a full-fledged explosion was the better way to go.

Kimberly and her family rigged up the wedding dress with about $200 worth of Tannerite — an explosive that’s used in long-range firearms training. The total amount of Tannerite reportedly measured about 20 pounds, which is a fairly significant amount.

“We have a friend who is a bomb tech, and he kept saying, ‘that’s really a lot,’ like five different times, when we told him our plan, so we had to back it up,” Carla said.

Kimberly reportedly practiced her shooting skills before the event began to ensure that she’d hit her target without a hitch. Lo and behold — the divorcée cathartically hit her wedding dress on her first try. 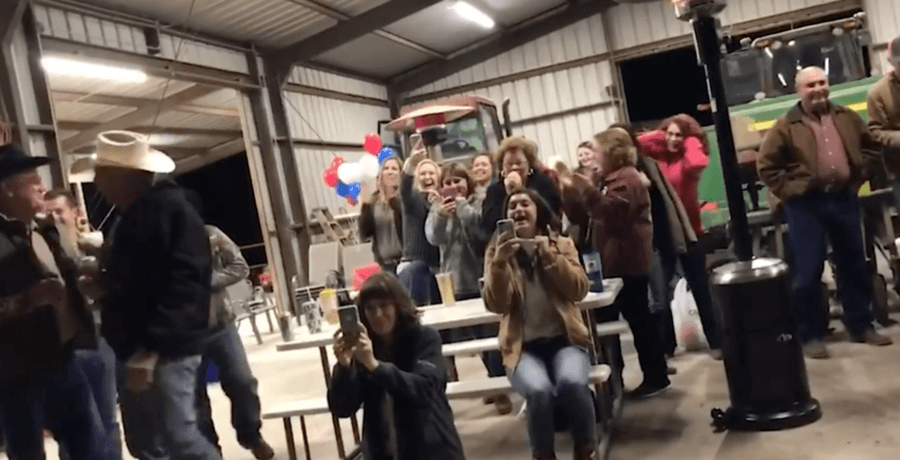 Fort Worth Star-TelegramFriends and family cheering on the explosion.

“On the one hand, it was like being on the set of some action movie. The explosion was huge,” Kimberly said. “It was liberating pulling that trigger. It was closure for all of us.”

Using Tannerite as an explosive to celebrate life milestones has seemingly become a trend in the United States.

Just last year, a couple in Arizona used the substance for their gender reveal party. The goal was to shoot at a target containing Tannerite which would then explode with either pink or blue power, revealing their unborn child’s gender.

Unfortunately for the pair, the explosion wound up causing a massive fire that cost authorities millions of dollars to combat.

The father, Dennis Dickey, admitted to his wrongdoing and said it was a complete accident, but was still sentenced by a court to pay $220,000 in damages.

Luckily for Kimberly, her Tannerite explosion to celebrate the end of one court battle didn’t result in the inception of another.

Next, read about the seven-year-old who set himself ablaze for YouTube. Then, check out King Henry VIII’s wives that ended in divorces which shook the British monarchy.