Scientists haven't yet solved the mystery of the "unusual mortality event" that's been plaguing humpback whales since last year. 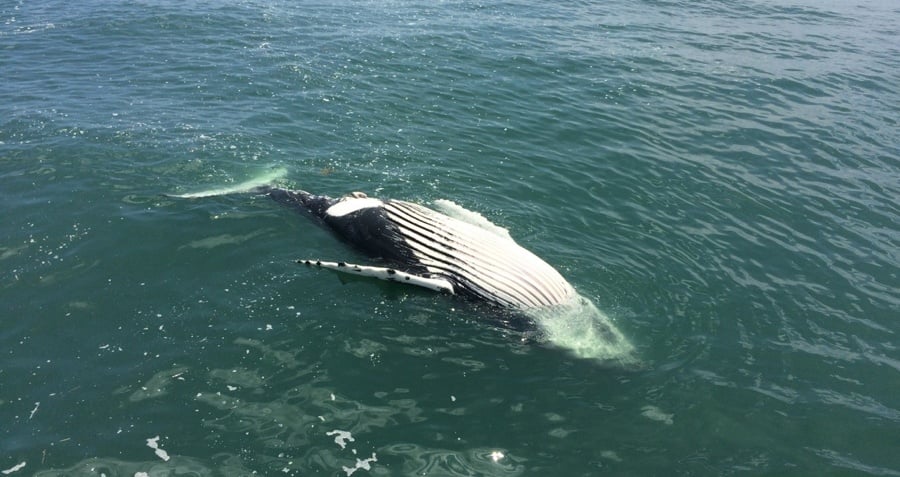 Since the beginning of last year, an exceptionally large number of humpback whales have been dying off the east coast of the United States and scientists aren’t sure why.

This week, the U.S. National Oceanic and Atmospheric Administration (NOAA) began an investigation into the “unusual mortality event” (UME) that left 41 humpback whales dead between Maine and North Carolina in 2016 and has already left 15 dead in the same region this year.

These humpback whale death figures dwarf the annual average in the region since the start of this century, which is just 14. Only three other times this century (in 2003, 2005, and 2006) have these numbers exceeded the average enough to warrant the UME designation, which the Marine Mammal Protection Act defines as “a stranding that is unexpected; involves a significant die-off of any marine mammal population; and demands immediate response.”

And neither in those earlier UME cases nor in this current one have scientists been able to definitively determine the underlying cause.

Thus far, the investigation into the current UME has seen researchers examine 20 of the whales that died in 2016. Of that group, 10 exhibit blunt force trauma suggesting that they may have been hit by a sea vessel.

If that’s true, researchers still aren’t sure why these whales may have been swimming in shipping routes at greater-than-average frequencies.

“It’s probably linked to prey sources,” said the NOAA’s Greg Silber, according to CNN. “Humpback whales follow where the prey is and there may be aggregation in certain areas.”

But while that explanation remains uncertain and researchers have ruled out disease and biotoxins, this mystery remains unsolved and the investigation forges on.

As Silber said, “The answer is really unknown.”

Next, read the story of the whale that was recently euthanized after authorities found it beached with a deadly ball of plastic bags in its stomach. Then, see recent drone footage of several killer whales taking turns eating a shark alive.