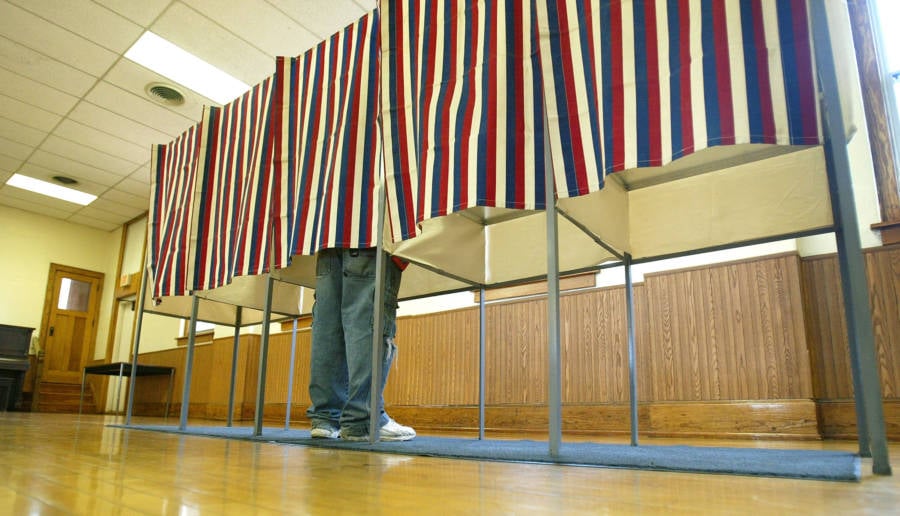 Tim Boyle/Getty ImagesA lone voter casts his ballot in a booth at a polling location in Wisconsin.

2016 marked the first presidential election for Wisconsin’s voter ID law, which requires voters to present either a driver’s license, military ID, a student ID with a signature and a two-year expiration date, naturalization papers, or a tribal ID in order to vote.

“Not a single voter in this state will be disenfranchised by the ID law,” State. Sen. Mary Lazich said when Republicans pushed the bill through.

But a new study indicates that Lazich was wrong. Analysis from Priorities USA found that the Wisconsin law alone likely prohibited more than 200,000 voters from participating in the election.

“The central argument for the spread of these laws by its proponents has been that ID laws, and similar repressive voting laws, are necessary to combat voter fraud,” the report reads. “However, the evidence is clear that these laws are not only unnecessary but also serve as an obstacle preventing racial and ethnic minorities from participating in their fundamental right to vote and be a part of the democratic process.”

States that hadn’t changed their laws saw a 1.3 percent increase in voter turnout.

And states that had switched to strict voter identification laws (like Mississippi, Virginia, and Wisconsin) saw a 1.7 percent decrease in voter turnout.

This change was shown to particularly affect African-American voters, since counties where black people make up more than 40 percent of the population saw a 2.2 percent decline in voter turnout.

“These findings suggest that voter identification laws not only have a suppressive effect on voter turnout, but on specifically African-American turnout and on Democratic vote share,” the study concludes.

This result falls in line with what many Democrat legislators suspected from ID laws, which are now implemented — in one form or another — in 33 states.

“We’re the only advanced democracy in the world that makes it harder for people to vote,” President Barack Obama said in 2016.

“The reason that we are the only country among advanced countries that makes it harder to vote is, it traces directly back to Jim Crow and the legacy of slavery. It became sort of acceptable to restrict the franchise.”

Even so, polls do show that a majority of Americans support the implementation of voter ID laws.

This is likely due to a widely publicized fear of in-person voter fraud, very few cases of which have ever been reported.

“It makes it harder for kangaroos to vote,” Kenneth Mayer, a professor of political science, joked about the effect of the law. “But kangaroo voter fraud is not a problem.”

Next, check out these 20 incredible photos dissecting Civil Rights protests. Then, read about why some women once thought they shouldn’t get the right to vote.