The study's analysis of top science-related YouTube channels revealed that women are more than twice as likely to be the target of negative comments. 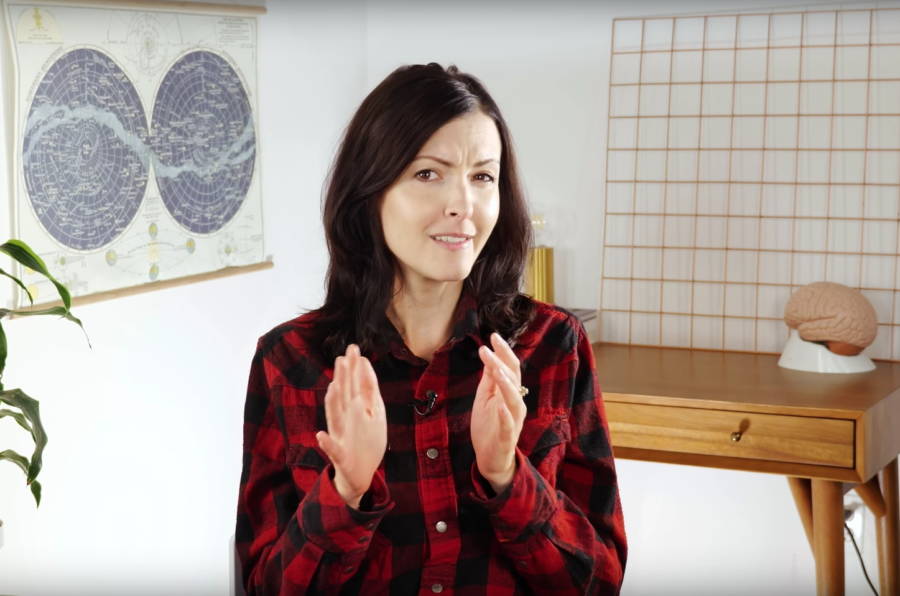 BrainCraft/YouTubeVanessa Hill, the creator behind the BrainCraft science channel on YouTube.

It’s not uncommon for YouTube hosts to deal with trolls leaving negative comments on their videos. But a new study from Australian National University published earlier this month dove deep into the comment sections of the platform’s top science-related channels and revealed exactly how much the negative and positive comments left on those channels differ between female and male hosts.

The study, authored by Inoka Amarasekara, an Australian researcher in science communication and Will Grant, a lecturer at Australian National University, analyzed 450 videos from 90 science, technology, engineering, and mathematics-themed channels and revealed that female YouTube hosts were twice as likely to receive negative comments as male hosts. Furthermore, female hosts were 12 times more likely to receive sexist comments compared to their male counterparts.

The research also discovered that roughly 14 percent of the comments left on the females’ posts were critical compared to only six percent for males, and women received comments regarding their appearance more than three times as much.

To gather these results, Amarasekara had to manually sift through 23,005 YouTube comments and organize them into six different categories: positive, negative/critical, hostile, sexist/sexual, appearance-based, and neutral/general discussion. And after reading through all of the comments, Amarasekara found herself drained.

“I was quite disappointed by the time I’d gone through them,” she told The New York Times. “I could see why people would not want to be on YouTube.”

Amarasekara found that not only were female hosts subject to more criticism than men on the platform, they also were vastly outnumbered. The study looked at the top 391 science, engineering, and mathematics-themed channels and discovered that only 32 of the channels were hosted by women.

Vanessa Hill, a popular female science YouTuber who has more than 437,000 subscribers on her channel BrainCraft, told The New York Times that she thinks the plethora of negative comments might be one of the reasons for the gender gap among hosts.

Emily Graslie, host of the popular science channel The Brain Scoop, questioned the very effectiveness of the comment section as a whole.

“The comment section on YouTube just isn’t built for constructive conversation,” she told The New York Times. “The most controversial comments seem to be the ones that rise to the top.”

Indeed, Amarasekara found a number of highly offensive comments, including, “She so ugly I almost threw up. Ew,” “I was just staring at your bbbooo…..i mean eyes,” and “Go back to the kitchen and make me double stack sandwich.”

An episode of The Brain Scoop.

However, Amarasekara and Grant’s findings were not entirely negative. In addition to receiving more comments per view overall, the female hosts also garnered more likes and subscribers, and they also received more positive comments than the male hosts did.

Amarasekara told PBS that the positive comments left on the videos shined through to her just as much as the negative ones. She also offered up a piece of advice on how to help fix the problem: “Make positive feedback a habit.”

Even though there were some positive findings and there have been some movements made towards equality, ultimately the study concluded that there is still a long way to go.

As the researchers concluded, “Despite progress towards greater equality in STEM, female science communicators on YouTube continue to face bias and social discrimination, impacting their popularity and reception among viewers.”

Next, read up on six brilliant yet often overlooked female scientists. Then, have a look at five of the most interesting channels on YouTube.