“Even the dogs here have been known to walk around in a state of sexual excitement.” 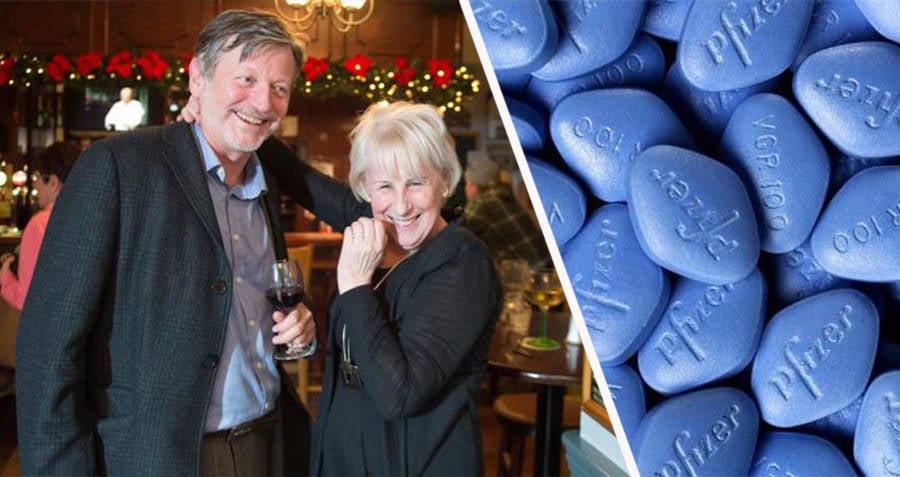 An Irish town claims that the vapors from a Viagra factory have filled their local men with an unexpected vigor.

Residents of Ringaskiddy claim that there has been “something in the air” ever since a local Pfizer factory began producing the erectile dysfunction drug Viagra in 1998, reported the Sunday Times.

“It’s amazing the number of people who come to this village, perhaps out of curiosity, and then never leave,” said Debbie’s 60-year-old mother, Sadie.

“They settle down here. As they say, there’s something in the air — not that we need it, of course. But for some fellas with problems in that department it can be a blessing.”

When told of a new law that would make Viagra available over the counter in the UK, Sadie countered that, “We’ve been getting the love fumes for years now for free.”

“I think that Viagra must have got into the water supply. I’m convinced that’s what happened at the very beginning before they were so closely regulated,” said 37-year-old Fiona Toomey, who was back visiting her hometown after moving to Albany, NY.

Toomey once worked as a cleaner at the Viagra plant when she still lived in Ringaskiddy.

“Even the dogs here have been known to walk around in a state of sexual excitement,” she said.

Residents say that when the factory first began producing the drug in the late 90s, it caused a baby boom in the small village.

“There were women having babies all the time, there were babies everywhere,” recalled Rita Rimington, a nursing home carer and native of Ringaskiddy.

While the effect of the “Pfizer riser,” as residents have taken to calling the drug, has been well noted among the populace, the company denies that their drug has been affecting the village.

“Our manufacturing processes have always been highly sophisticated as well as highly regulated,” a Pfizer spokeswoman told the paper.

They say claims that their product has entered the air or water supply is an “amusing” myth.

Nevertheless, residents report a substantial effect from the drug, which has resulted in an astonishing sex life for the village.

“I’m a flirtatious woman, a lot of us are round here,” said Sadie. “You just have to have a spark, that’s all. There’s a lovely man waiting down the road for me.”

Next, learn how this coffee was recalled for containing a Viagra-like ingredient. Then, read about this Irish beach suddenly reappeared 33 years after vanishing entirely.