Scientists want to destroy a binary asteroid system to study how to deflect an Earth-shattering asteroid. 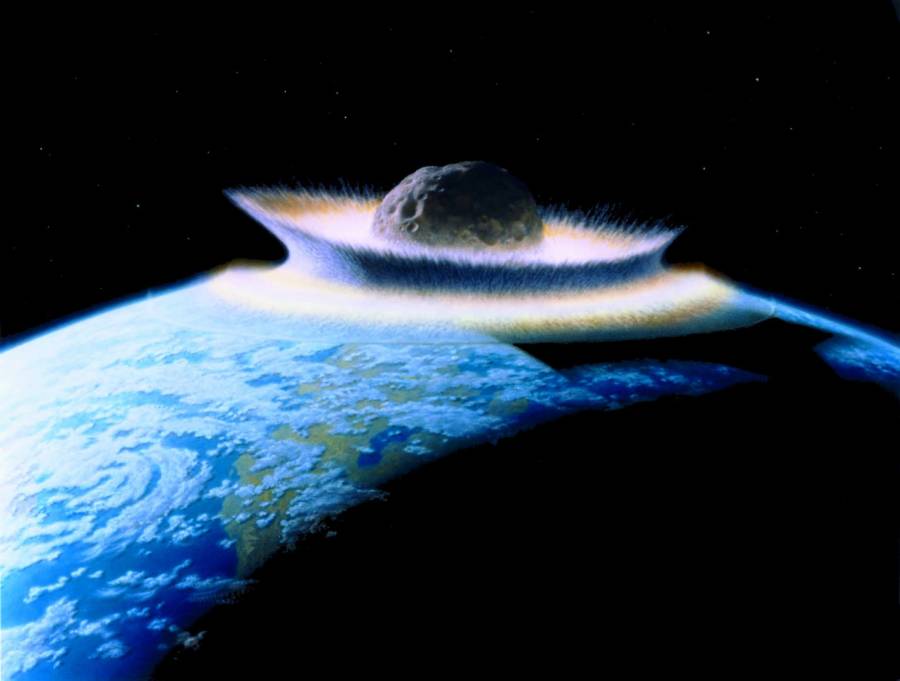 As scientists continue to call for climate change countermeasures, they’ve also now brought another apocalyptic threat back to our attention.

More than 100 scientists recently published a letter supporting a joint NASA/ESA mission to study how we might deflect an asteroid on a collision course with Earth.

“Of the near-Earth objects (NEOs) so far discovered, there are more than 1700 asteroids currently considered hazardous. Unlike other natural disasters, this is one we know how to predict and potentially prevent with early discovery,” reads the letter, urging the ESA to approve the mission’s funding when they convene in December. “As such, it is crucial to our knowledge and understanding of asteroids to determine whether a kinetic impactor is able to deflect the orbit of such a small body, in case Earth is threatened.”

This kinetic impactor method literally entails crashing a space probe into an asteroid in an attempt to knock it off course. And this is precisely what NASA and the ESA will attempt to do in 2020, when they plan to send two probes to the Didymos and Didymoon binary asteroid system (one in which two asteroids orbit each other).

Once there, the ESA probe will land on Didymos so that it can observe the NASA DART (Double Asteroid Redirection Test) probe slamming into Didymoon. If successful, the technology will demonstrate humanity’s ability to save Earth from certain doom.

Speaking of which, it’s no coincidence that scientists have chosen Didymos and Didymoon for their test, as these asteroids will pass within 10 million miles of Earth around 2022. While that may seem like an enormous distance to us, it’s rather close on a cosmic scale.

What’s more, Didymos and Didymoon are hardly Earth’s closest encounters with asteroids large or small. While large asteroids like the one that killed the dinosaurs are rare, smaller ones can still cause huge amounts of damage.

In 1908, a large meteor burst near Russia’s Stony Tunguska River and annihilated nearly 800 square miles of forest — for reference, New York City is barely over 300 square miles. In 2013, a meteor estimated to be ten times as small exploded over Chelyabinsk Oblast in Russia, with a blast 30 times more powerful than the bomb dropped on Hiroshima.

Hopefully, the ESA keeps this in mind when they decide this mission’s fate in December.

Next, see why Stephen Hawking doesn’t think humanity will survive for another 1,000 years, before reading about Russia’s plan to use missiles to shoot down approaching asteroids.