The long-held belief that even the giant sphinxes had lost their noses due to wear and tear isn't actually accurate, but rather these statues were intentionally vandalized in an effort to reduce their symbolic powers. 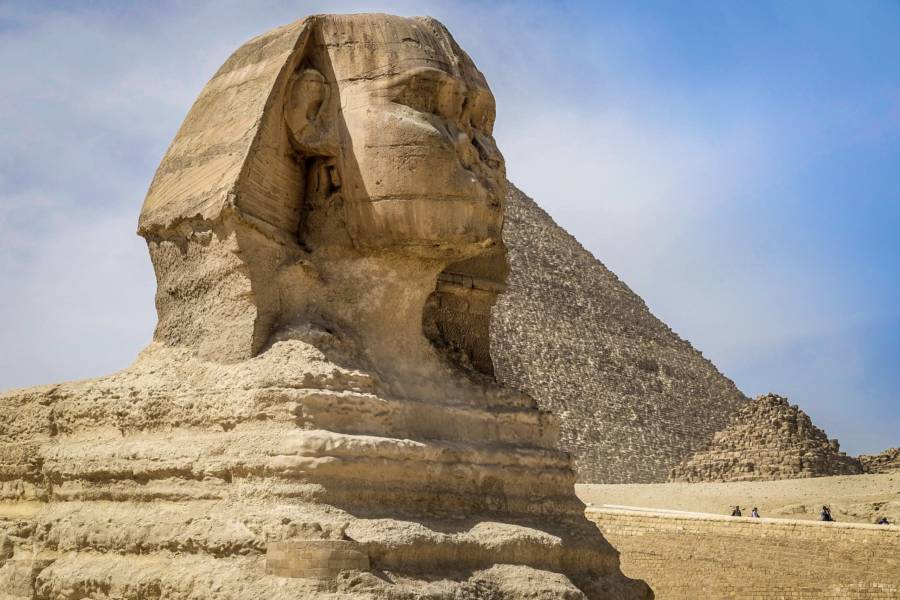 As curator of the Brooklyn Museum’s Egyptian art galleries, Edward Bleiberg fields a lot of questions from curious visitors. The most common one is a mystery many museum-goers and history obsessives have pondered for years — why are the statues’ noses so often broken?

According to CNN, Bleiberg’s commonly held belief was that the wear and tear of millennia would naturally affect the small, protruding parts of a statue before the larger components. After hearing this question so often, however, Bleiberg began doing some investigative research.

Bleiberg’s research posited that ancient Egyptian artifacts were deliberately defaced as they served as political and religious totems and that mutilating them could affect the symbolic power and dominance the gods held over people. He came to this conclusion after discovering similar such destruction across various mediums of Egyptian art, from three-dimensional to two-dimensional pieces. 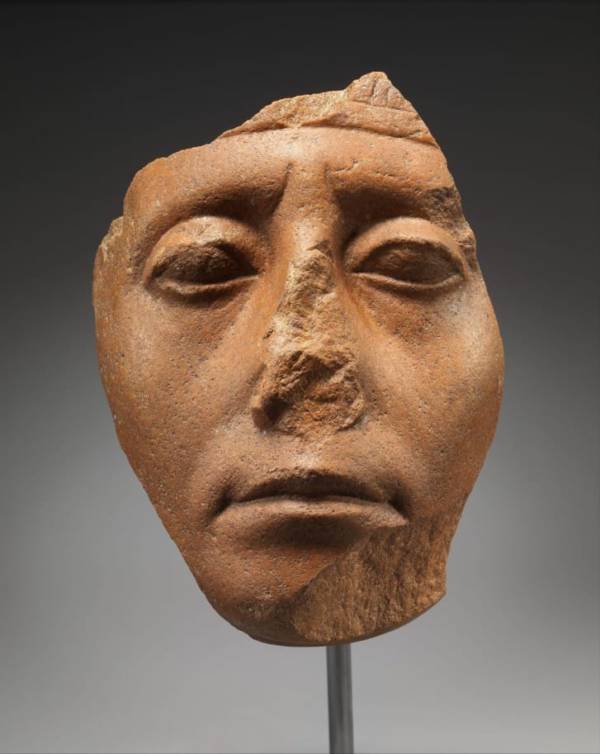 The Metropolitan Museum of Art, New YorkA noseless statue of Pharaoh Senwosret III, who ruled Ancient Egypt in the 2nd century BC.

While age and transportation could reasonably explain how a three-dimensional nose might’ve been broken, it does not necessarily explain why flat relief counterparts were also defaced.

“The consistency of the patterns where damage is found in sculpture suggests that it’s purposeful,” said Bleiberg. He added that these defacements were probably motivated by personal, political, and religious reasons.

Ancient Egyptians believed a deity’s essence could inhabit an image or representation of that deity. The intentional destruction of this depiction, then, could be seen as having been done to “deactivate an image’s strength.” 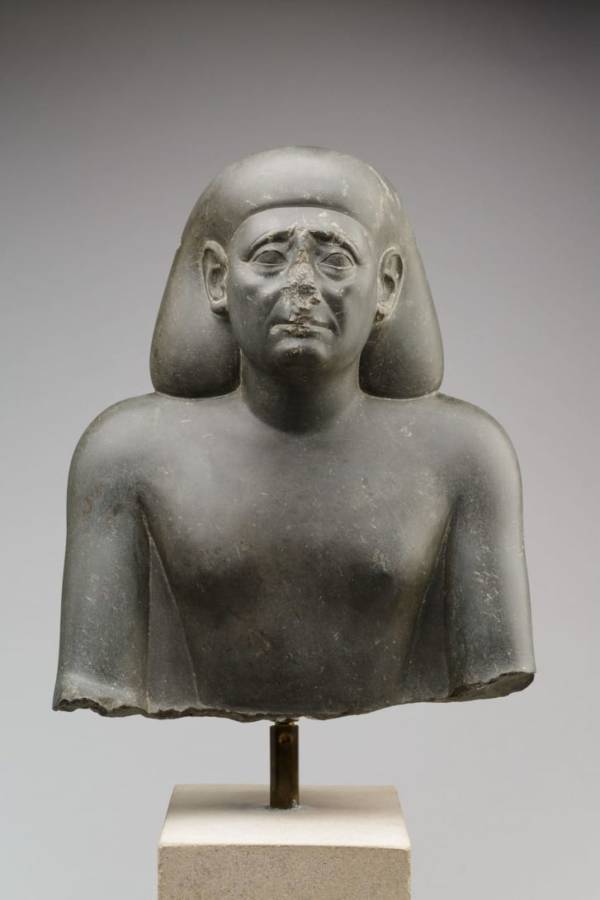 The Metropolitan Museum of Art, New YorkThe noseless bust of an ancient Egyptian official, dating back to the 4th century BC.

Bleiberg also explained how tombs and temples served as primary reservoirs for sculptures and reliefs that held these ritual purposes. By placing them in a tomb, for instance, they could “feed” the dead in the next world.

“All of them have to do with the economy of offerings to the supernatural,” said Bleiberg. “Egyptian state religion” was seen as “an arrangement where kings on Earth provide for the deity, and in return, the deity takes care of Egypt.”

As such, since statues and reliefs were “a meeting point between the supernatural and this world,” those who wanted the culture to regress would do well by defacing those objects.

“The damaged part of the body is no longer able to do its job,” explained Bleiberg. A statue’s spirit can no longer breathe if its nose is broken off, in other words. The vandal is essentially “killing” the deity seen as vital to Egypt’s prosperity.

Contextually, this makes a fair amount of sense. Statues intended to depict humans making offerings to gods are often found with their left arm cut off. Coincidentally, the left arm was commonly known to be used in making offerings. In turn, the right arm of statues depicting a deity receiving offerings is often found damaged as well.

Brooklyn MuseumA flat relief with the nose damaged, suggesting this kind of vandalism was intentional.

“In the Pharaonic period, there was a clear understanding of what sculpture was supposed to do,” said Bleiberg, adding that evidence of intentionally damaged mummies spoke to a “very basic cultural belief that damaging the image of a person damages the person represented.”

Indeed, warriors would often make wax effigies of their enemies and destroy them before battle. Recorded textual evidence also points toward the general anxiety of the time regarding one’s own image being damaged.

It wasn’t uncommon for pharaohs to decree that anyone threatening their likeness would be terribly punished. Rulers were concerned about their historical legacy and the defacing of their statues helped ambitious up-and-comers to rewrite history, in essence erasing their predecessors so as to cement their own power.

For instance, “Hatshepsut’s reign presented a problem for the legitimacy of Thutmose III’s successor, and Thutmose solved this problem by virtually eliminating all imagistic and inscribed memory of Hatshepsut,” said Bleiberg.

Ancient Egyptians did, however, attempt to minimize even the possibility of this defacement from occurring — statues were usually positioned in tombs or temples to be safeguarded on three sides. Of course, that didn’t stop those eager to damage them from doing so.

“They did what they could,” said Bleiberg. “It didn’t really work that well.” 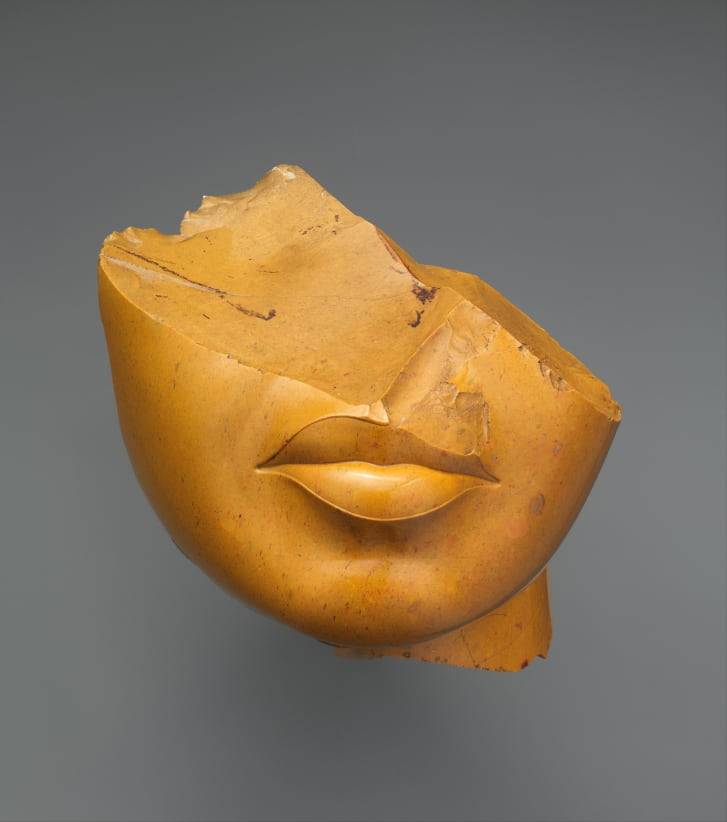 The Metropolitan Museum of Art, New YorkThe noseless statue of an ancient Egyptian Queen, dating back to 1353-1336 BC.

Ultimately, the curator is adamant that these criminal acts weren’t the results of low-level hoodlums. The precise chisel work found on many of the artifacts suggests that they were done by skilled laborers.

“They were not vandals,” said Bleiberg. “They were not recklessly and randomly striking out works of art. Often in the Pharaonic period, it’s really only the name of the person who is targeted, in the inscription (which would be defaced). This means that the person doing the damage could read!”

Perhaps most poignant is Bleiberg’s point about ancient Egyptians and how they viewed these pieces of art. For contemporary museum-goers, of course, these artifacts are marvelous pieces of work that deserve to be secured and intellectually observed as masterful works of creativity.

However, Bleiberg explained that “ancient Egyptians didn’t have a word for ‘art.’ They would have referred to these objects as ‘equipment.'”

“Imagery in public spaces is a reflection of who has the power to tell the story of what happened and what should be remembered,” he said. “We are witnessing the empowerment of many groups of people with different opinions of what the proper narrative is.”

In that sense, perhaps a more serious, long-term analysis of our own art — the kinds of messages we put out there, how we express them, and why — is the most important lesson we can extrapolate from Bleiberg’s research. The narratives we tell ourselves — and those who come after us — will define our collective legacy forever.

An exhibition on the subject titled, “Striking Power: Iconoclasm in Ancient Egypt,” will pair damaged statues and reliefs spanning from the 25th century BC to the 1st century AD, and hopes to explore how iconoclastic ancient Egyptian culture really was. Some of these objects will be transported to the Pulitzer Arts Foundation later this month.

Next up, check out these 20 Confederate monuments with dishonorable stories. Then, read about this stillborn mummy fetus initially thought to have been a mummified hawk.