1,700-Year-Old Sock Reveals The Height Of Fashion In The Days Of Ancient Egypt

First discovered in 1913, it has taken researchers over 100 years to unravel the piece of clothing's secrets. 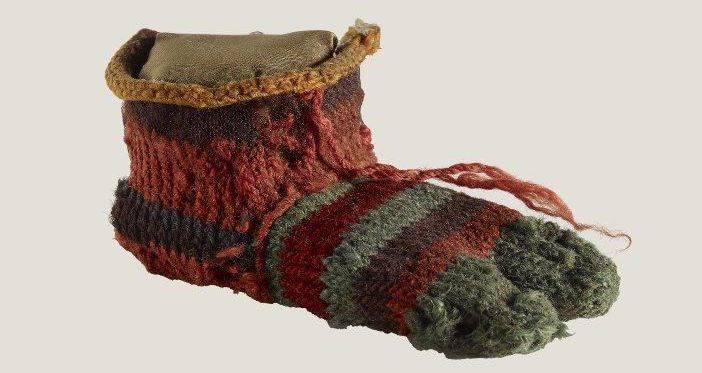 Everyone knows the frustration that comes with trying to find a missing sock. Now imagine finding one 1,700 years later. That’s precisely what happened when this Ancient Egyptian sock was first plucked from a trash dump in the early 1900s. Today, the sock is letting researchers in on the secrets of Egyptian fashion, manufacturing, and trade practices during the Late Antique period. How fitting that its match is still at large.

The vibrant and colorful sock dates back to 300 A.D. and is believed to have been meant for a child’s left foot. It features the traditional Egyptian style of one compartment for the big toe and a larger one for the other four, which allowed the ancient Egyptians to wear their socks with their sandals.

The sock was first discovered in the 1913-1914 excavation of a landfill in the Egyptian city of Antinooupolis. It is now in the hands of researchers at the British Museum of London where with the help of new, non-invasive technology, they can better unravel the sock’s history.

The researchers, who published their findings in PLOS One, used multispectral imaging (MSI), a technique which scans artifacts and detects small hints of colors, to analyze the sock. MSI allowed the team to discover that the colorful, striped sock was created using only three dyes: madder (red), woad (blue), and weld (yellow). 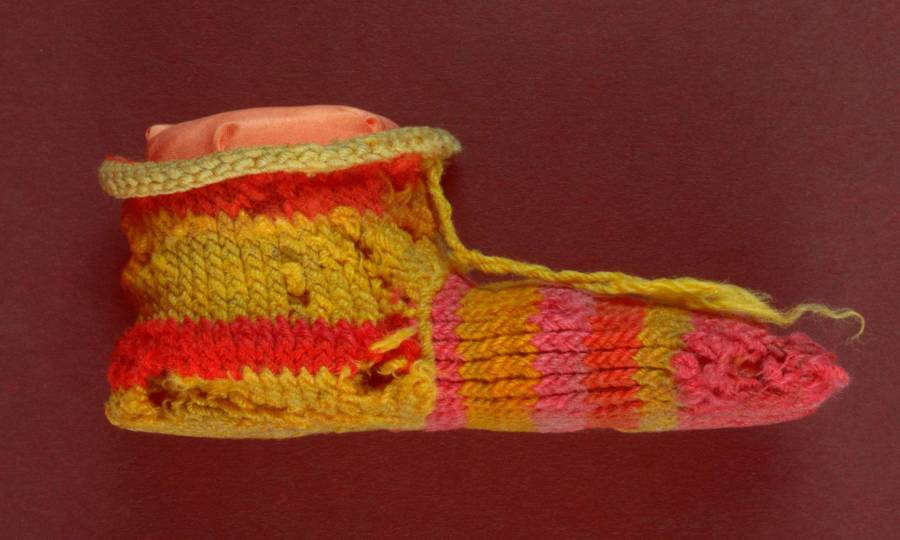 British MuseumOne of the multispectral images of the sock.

Because the sock was only created with a few dyes, the scientists could determine just how innovative the ancient Egyptians were with their scarce resources and weaving processes.

Perhaps the most interesting thing about the research is that it could be done so non-invasively, and consequently better preserve the delicate find.

“Previously, you would have to take a small piece of the material, from different areas,” Dr. Joanne Dyer, a scientist at the British Museum and lead author of the PLOS One study, reported. “And this sock is from 300 A.D. It’s tiny, it’s fragile, and you would have to physically destroy part of this object. Whereas with both the [multispectral] imaging and other techniques, you have a very good preliminary indication of what these could be.”

Beyond the insight into Egyptian trends, the sock also told scientists about Egypt during the Late Antique period which lasted from 250 A.D. to 800 A.D and saw such events as the Arab conquest of the country.

“These events affect the economy, trade, access to materials, which is all reflected in the technical makeup of what people were wearing and how they were making these objects,” Dyer said.

It seems our fashion choices of old could tell us more than just the personal tastes of the wearer, but also about the everyday life of an ancient civilization.

This discovery perhaps also marks the first time in history when someone was happy to find just a single sock.

Next, check out these 44 ancient Egypt facts that separate myth from truth. Then take a look at this 5,600-year-old mummy that was preserved using the oldest Egyptian embalming recipe ever found.