Instead of finding the remains of one whole cat, researchers found a ball of fabric, five hind leg bones, and nothing else. 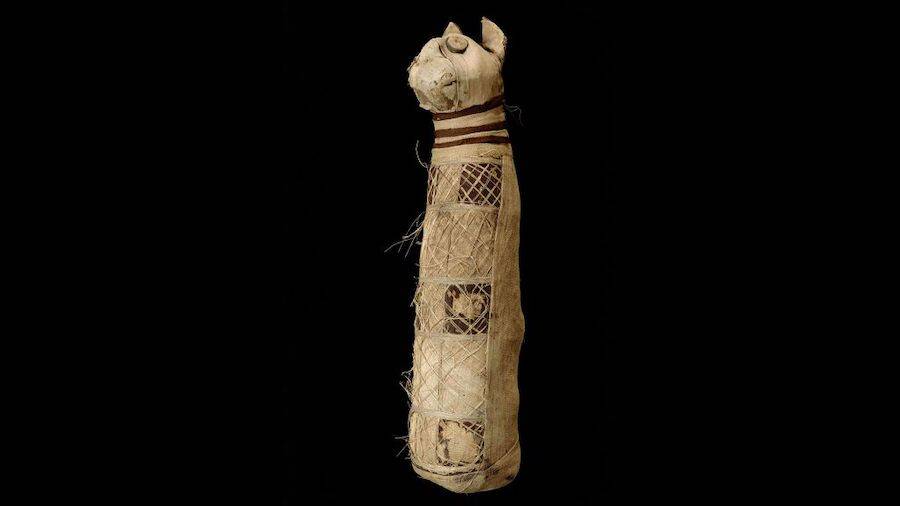 Museum of Fine Arts of RennesThe 2,500-year-old cat mummy had bones from three separate cats inside of it.

The ancient Egyptians had a deep affinity for mummified animals, which were often used as ritual offerings to the gods. These mummies have largely remained a mystery because the heavily wrapped remains are difficult to examine without causing damage.

But with the advancement of technology, archaeologists can now take a peek inside these mummies — without even touching them. Thanks to the use of computerized tomography, better known as CT scanning, a recent scan of a 2,500-year-old cat mummy has yielded some unexpected findings.

Researchers found a ball of fabric located where the cat’s head should’ve been. The mummy also had five hind leg bones, all seemingly taken from three separate felines. Besides the haphazard remains and ball of fabric, the mummy was noticeably without ribs, a spine, and a skull.

Recovering partial bones inside a mummy isn’t out of the ordinary, according to Inrap researcher Théophane Nicolas, who took part in the research project. Some animal mummies hold complete single-body remains while others have been known to have only parts of the animal’s remains. Sometimes, researchers even find mummies that are totally empty.

But at a glimpse, this ancient cat mummy, which is part of a collection at the Museum of Fine Arts in Rennes, France, deceptively appears to be a single cat from its perfectly-outlined silhouette.

The scattering of hind bones found inside it, however, have decayed quite a bit and are peppered with tiny holes from scavenging insects. Researchers are still trying to figure out the motive behind the practice of wrapping up partial bones instead of a whole animal.

There are a few theories. The first is that this was simply a business tactic. The need for mummified animals sparked a booming industry during ancient Egyptian times. 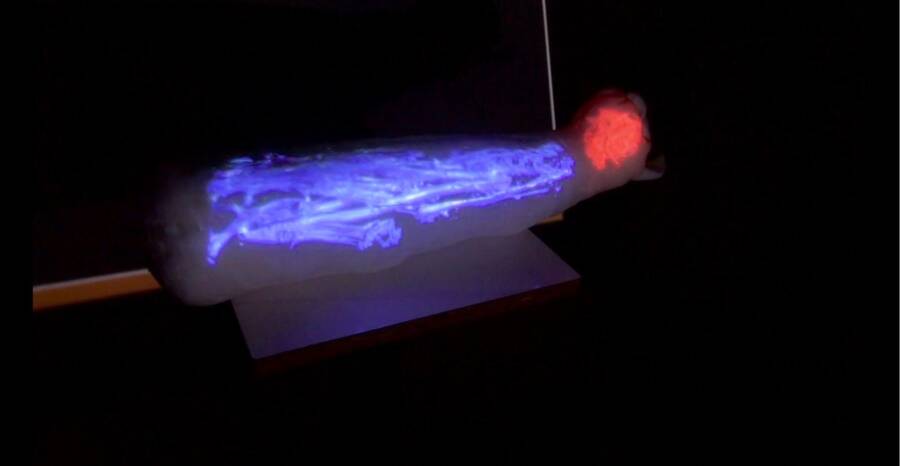 IRISA/INSA RennesResearchers used a CT scan to examine the insides of the cat mummy without damaging it.

Scientists recently discovered recent evidence that merchants may have hunted and killed certain animals for the sole purpose to be mummified and sold. Because larger mummies sold for more money, many mummy sellers made their mummy products appear bigger than they actually were.

It’s quite a fail-proof operation given there was no way for customers to tell what was inside the animal mummies they purchased. Some experts think this scam operation is the reason why some mummies have been found with only a few animal remains inside them.

However, Nicolas’ team puts forth a different hypothesis.

“Some researchers believe that we are dealing with an ancient scam organized by unscrupulous priests… we believe on the contrary that there are innumerable ways to make animal mummies,” he said in a press release, emphasizing the importance of further research on the subject.

Mummified animals were a pivotal part of ancient Egyptian rituals. During the Late Period, thousands of cat mummies were believed to have been produced in Egypt, along with other mummified creatures. But cats were held in especially high regard due to their connection to Egyptian gods.

But the ancient Egyptians’ love for cats should not be equated with worship. As Antonietta Catanzariti, the assistant curator of the Ancient Near East section of the Freer and Sackler Galleries at the Smithsonian, explained, they simply admired the sophisticated prowess of felines.

“What they were [actually] doing was associating cats to specific deities because of their attitude, how they were behaving in the natural world,” Catanzariti said. “Everything had a meaning. A cat protecting the house from mice. Or it might just protect kittens. These were attitudes that were attributed to a specific goddess.” 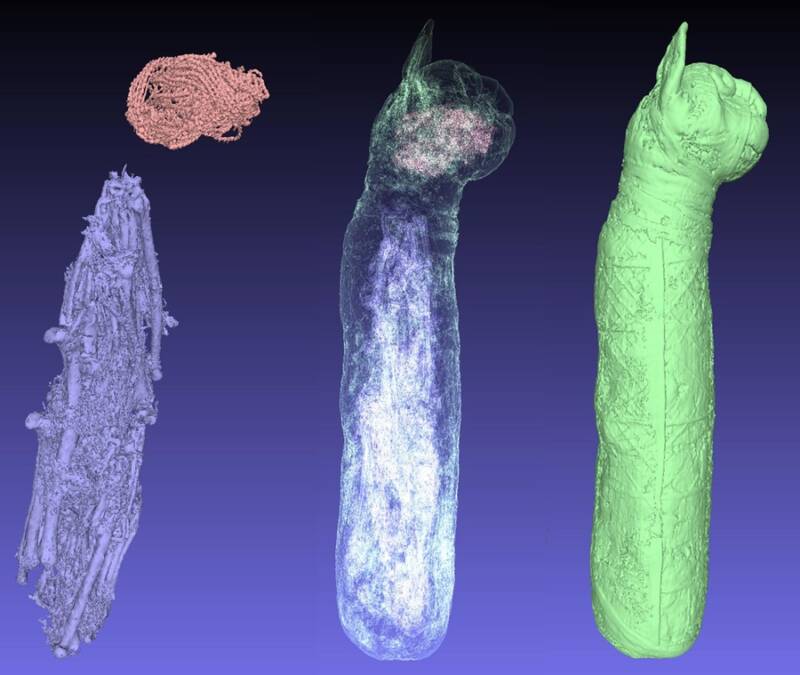 Not only were mummified animals used as ritual offerings, they were also regarded as after-life companions, which is why many ancient tombs also hold mummified animals in them. In 2018, Egyptian researchers discovered dozens of mummy cats while excavating a 4,500-year-old tomb near Cairo.

As for the recently scanned cat mummy, researchers also built a 3D-printed model of the ancient artifact. The printed model was made transparent and filled with replicas of the items that the team found inside the cat mummy, so the public could view it in an exhibit at the French Museum of Fine Arts.

While there is still much to be learned about ancient mummified animals, in the meantime, we can just admire these striking relics from the past.

Next, check out the 4,000-year-old tomb containing two mummies in incredible condition and learn how this 5,600-year-old mummy reveals the oldest Egyptian embalming recipe ever found.