This discovery is the first of its kind, with a perfectly preserved 3-month horse of a now-extinct species in the Siberian permafrost.

The remains of a now-extinct species of horse have been unearthed in the Siberian Permafrost. Semyon Grigoryev, the head of the Mammoth Museum in Yakutsk, told the Siberian Times that this discovery is unlike any other.

This horse was said to have been “completely preserved by permafrost” and was found buried 30 meters underground in the Batagi depression in the Yakutia region of Siberia, according to the Siberian Times.

The foal was discovered by a team of scientists from North-Eastern Federal and Kindai Universities in Japan while on an expedition to the Verjhoyansky district of Yakutia. The horse was just three months old when it died during the late Palaeolithic period, approximately 40,000-years-ago.

“This is the first find in the world of a pre-historic horse of such a young age and with such an amazing level of preservation,” Grigoryev said.

The photos of the perfectly-preserved horse are almost unbelievable. It was found with its tail, mane, and hooves still attached and its dark brown coat seems to be in excellent condition. Also, all of the horse’s internal organs are still inside the animal after tens of thousands of years.

Michil Yakoklev/North-Eastern Federal UniversityLeft: nose of the horse, Right: hooves of the horse.

According to Science Alert, the baby horse is just 38 inches tall and is genetically distinct from those now living in the region. This horse was an Equus lenesis, also known as the Lena horse, which roamed the area during the late Pleistocene, but is now extinct.

Grigoryev also told the Siberian Times that this find has many other potential benefits for researchers outside of just the discovery of the horse.

“The extra value of the unique find is that we obtained samples of soil layers where it was preserved, which means we will be able to restore a picture of the foal’s environment,” Grigoryev said.

The region where this ancient horse was found, known as the Batagai depression, is infamously treacherous and is also known as the “Mouth of Hell,” according to the Siberian Times. The tadpole-shaped crater is one kilometer long and 800 meters wide. 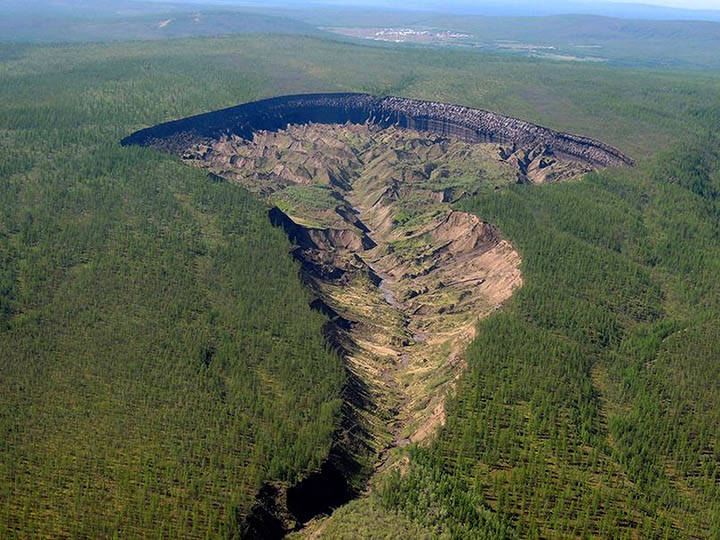 The Siberian TimesThe Batagai depression in Verkhoyansky district of Yakutia.

The locals in the remote region also refer to the huge crater as the “gateway to the underworld” and are heartily superstitious about it. The depression was originally created by the Soviets when they cleared the forest in the area and local scientists now say that climate change is making it larger.

The amazingly well-preserved horse plucked the “hellish” area is a groundbreaking find for scientists, as they hope it will help them to unlock more secrets of the horse’s environment all those millennia ago.

Now that you’re done reading about the most well-preserved horse in history, read about the best-preserved woman in history. Then check out the enormous, prehistoric beast called the “Siberian unicorn” whose discovery shocked scientists.