From cannibalistic snakes to sexually frustrated dolphins, here are the animal news stories that caught your attention the most in the past year. 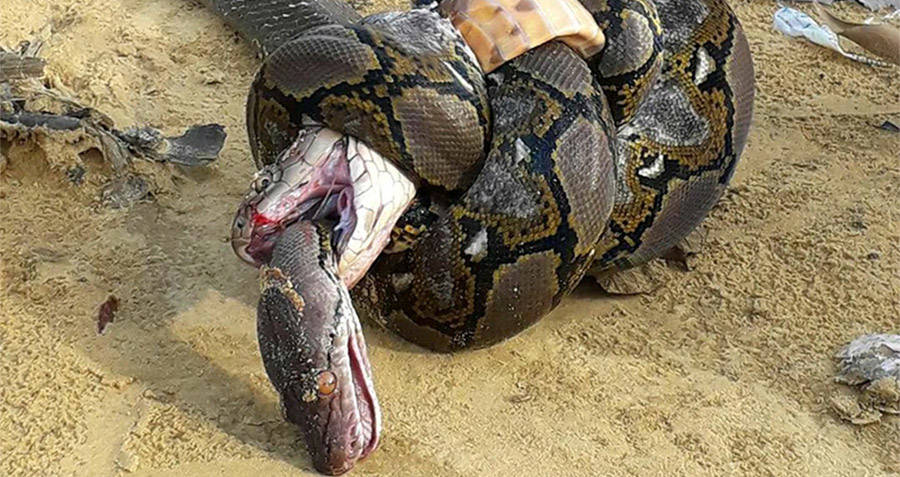 Facebook/Reptile HunterA king cobra and python in the aftermath of their lethal battle.

This year has seen its share of depressing news — so much so that it’s become difficult to even pay attention to the news at the risk of exposing yourself to yet another devastating headline. In an effort to alleviate the not-so-fun headlines that have dominated the past year, here are some incredible animal news headlines, unrelated to the chaos, that show a whole new side of 2018. 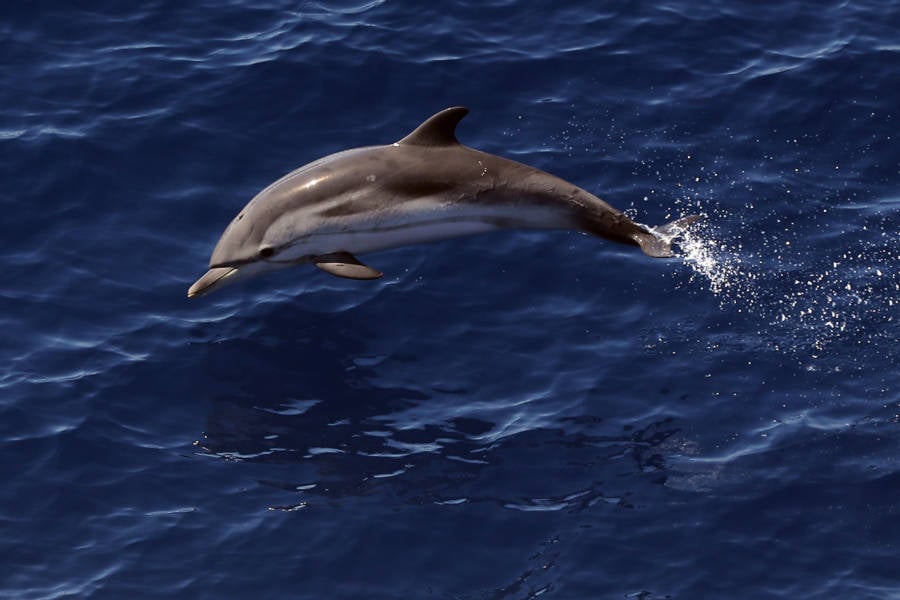 Nicknamed “Zafar” by locals, the bottlenose dolphin had been hanging around the waters of the Bay of Brest for a couple of months and subsequently became a tourist attraction.

Zafar was known to playfully swim alongside people in the area and to even let them hold onto his dorsal fin.

But Zafar’s behavior turned much more intimate, and in many cases, dangerous, over time. He began aggressively rubbing up on swimmers and boats, lifted one woman with his nose, and prevented yet another from returning to shore, BBC reported. Though that swimmer had to be rescued, she was fortunately not seriously harmed.

According to a report by a marine expert, Zafar was “in heat,” and therefore looking for companionship from unsuspecting bathers. 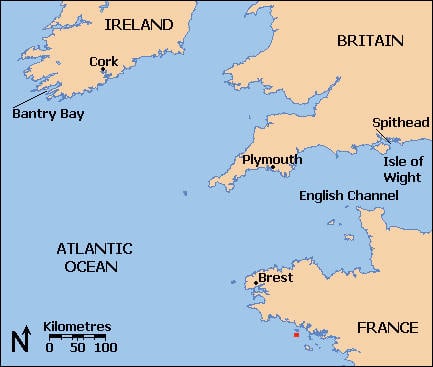 Although no swimmers have been seriously hurt by Zafar thus far, authorities worried that he could if his behavior were to worsen. This prompted one French mayor to shut down the beaches in his town.

Mayor Roger Lars, the mayor of Landévennec, issued a law that banned getting within 50 meters (164 feet) of Zafar when in the water, as well as swimming or diving when Zafar’s presence is confirmed, in order to “to protect people’s security.”

An excited dolphin can be dangerous to humans in some cases. For instance, back in 2012, Cayman Island-based scuba diver Michael Maes was able to capture an aroused dolphin that he nicknamed “stinky the Loner Dolphin” attempting to push both him and a fellow scuba diver to the ground— with randy intentions.

So while Zafar’s promiscuous behavior is not unprecedented, he could use a lesson in consent. In the meantime, the story of Zafar has certainly topped the best in animal news headlines this year.

Animal poachers are hunters who illegally poison, catch, and kill animals so that they can sell the animal or its parts on the black market. In an incident that took place at a private game park in South Africa, it was the other way around.

A man believed to be a poacher was mauled to death by the pride of lions he was hunting. It happened in the province of Limpopo of northeastern South Africa over the weekend of February 10th. The pack of lions attacked and killed the suspected poacher near Kruger National Park at the Hoedspruit private game park.

Little of the man’s remains were left as the animals ate his body after killing him. Only his head was left behind.

Moatshe Ngoepe, a local police spokesman, said authorities initially thought the dead man was a park employee and tractor driver who had gone missing. However, that man has since been found alive.

The identity of the eaten man is still being determined in an ongoing investigation. A loaded hunting rifle was found nearby, leading authorities to believe he was, in fact, a poacher. Additionally, poaching in the area has been on the rise in recent years due to an increase in rhinoceros poaching.