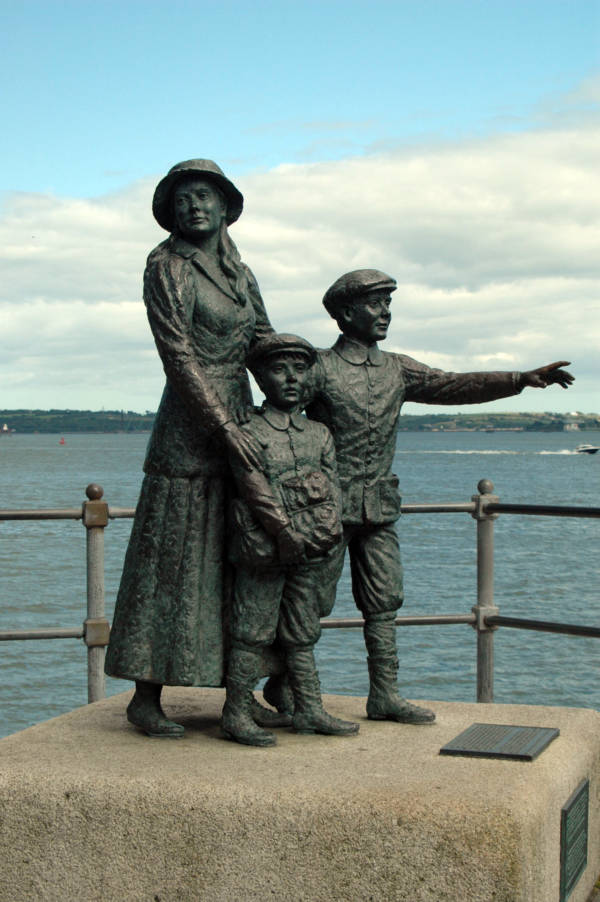 Flickr CommonsA statue of Annie Moore and her two brothers stands in the Irish harbor they departed from.

Seventeen-year-old Annie Moore and her siblings left their native Ireland in 1891 to reunite with their parents in the United States after a separation of four years. Annie and her two younger brothers departed from Queenstown, Ireland on Dec. 20, 1891 and spent Christmas at sea during their 12-day journey. Although there was nothing about the Moore siblings that particularly distinguished their story from those of the thousands of other immigrants to United States in the late 19th century, there was a unique surprise in store for them in America that would seal Annie’s place in history.

The steamship Nevada on which the Moore siblings traveled had arrived too late on Dec. 31 for its passengers to be processed that day. This wound up being a lucky turn of events for the 148 people in steerage, who would be welcomed to the New World with all the pomp and circumstance New York had to offer as the first immigrants to pass through the newly-built immigration station on Ellis Island on Jan. 1, 1892 instead. 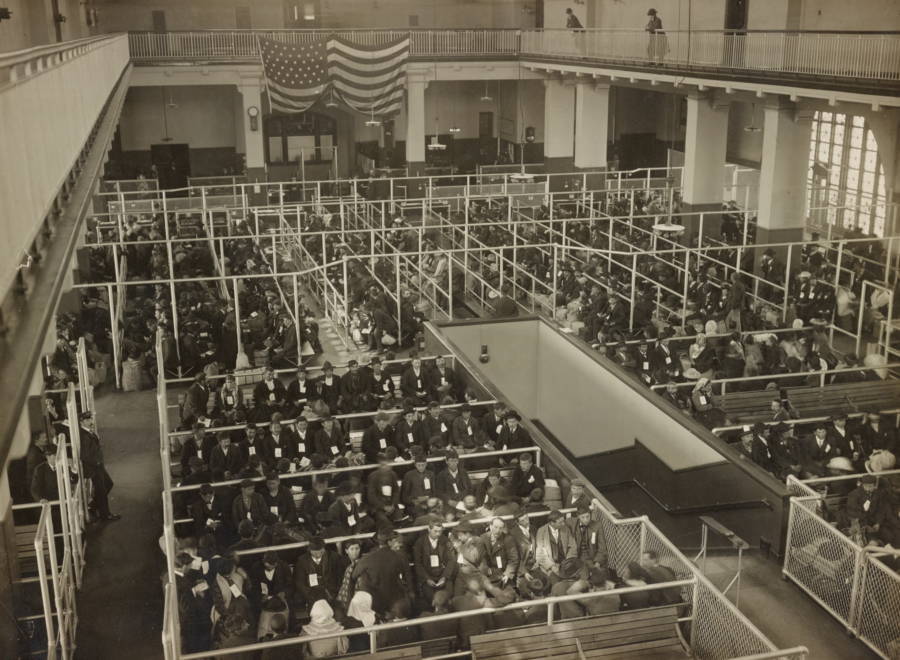 Previously, tiny Ellis Island in New York Bay had served as a military outpost. Around 1890, the United States government chose the location to serve as the first federal immigration station. Until its closing in 1954, more 12 million immigrants would pass through the Ellis Island station. It’s estimated that about 40% of all Americans today have at least one ancestor who took their first steps in the country on the island. To many people it remains an important symbol of hope and a new life in the New World.

The ships waiting in the harbor on Jan. 1, 1892 were decorated with red, white and blue bunting in preparation of the festivities. At 10:30 a.m. the next day, the ships docked below the iconic Statue of Liberty to prepare to drop off their passengers on Ellis Island. The gangplank was lowered amidst the cheers of the crowd and clanging of bells and 17-year old Annie Moore had the historic honor of being the first immigrant to be processed at Ellis Island. According to one story, Annie almost lost her place in New York history to a “large German man” who managed to get one foot on the gangplank before a sailor held him back with a call of “Ladies First!” and ushered Moore to the front. 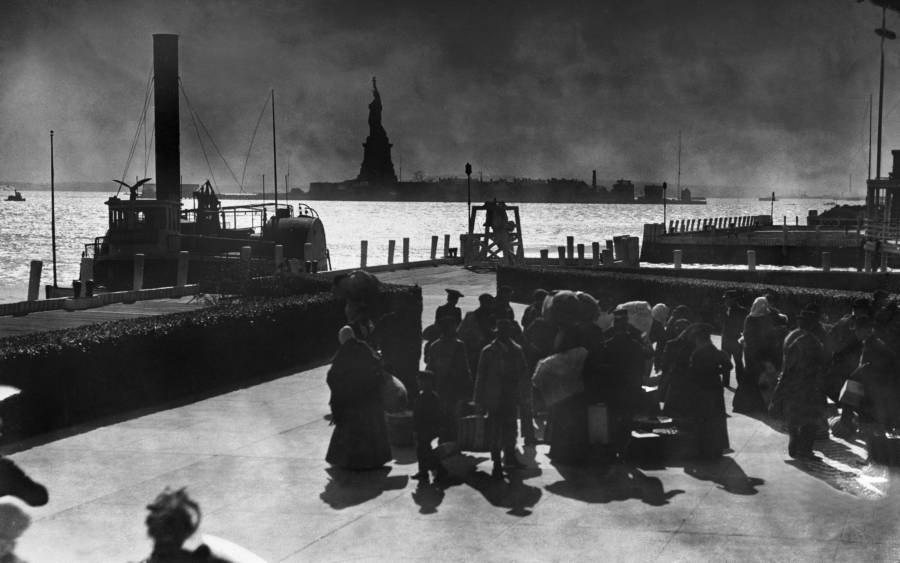 Albert Harlingue/Roger Viollet/Getty ImagesImmigrants stand near the dock at Ellis Island as the Statue of Liberty looms in the background. Circa 1900.

As an 1892 New York Times article told it, Moore was then led over to a registration desk “which was temporarily occupied by Mr. Charles M. Hendley, the former private secretary of Secretary [of the Treasury William] Windom. He asked as a special favor the privilege of registering the first immigrant.”

Hendley greeted the Irish teenager with a cheery “What is you name, my girl?” As a memento of the day she was given a $10 gold piece, which was “the first United States coin she had ever seen and the largest sum of money she had ever possessed.” Moore declared that she would “never part with it, but [would] always keep it as a pleasant memento of the occasion,” and went off to embrace her parents in the station’s waiting room.

Some immigrants who first arrived on Ellis Island went on to settle in the far-flung corners of the United States, some half a world away from the homes they had left. Others arrived in New York and stayed for their rest of their lives: Annie Moore was one of the latter. Until very recently, however, it was believed that Moore went on to Texas where she met an ultimately tragic end after being struck by a streetcar. This version of events was accepted even by Moore’s own descendants until 2006 when genealogists determined that the unlucky Annie Moore of Texas was actually a different person bearing the same exact name.

The Annie Moore of Ellis Island fame spent the rest of her days within the same few blocks in Manhattan’s Lower East Side. She married a clerk and had at least 11 of children (although only five lived to adulthood). She died in 1924 of heart failure and is buried beside her children in Queens.

Next, see these stunning colorized photos of Ellis Island immigrants. Then check out these 35 Ellis Island photos that capture early American diversity.