The Arizona organization claimed to be a respectable donor for the body parts of loved ones. In reality, it was an illegal body broker selling parts overseas. 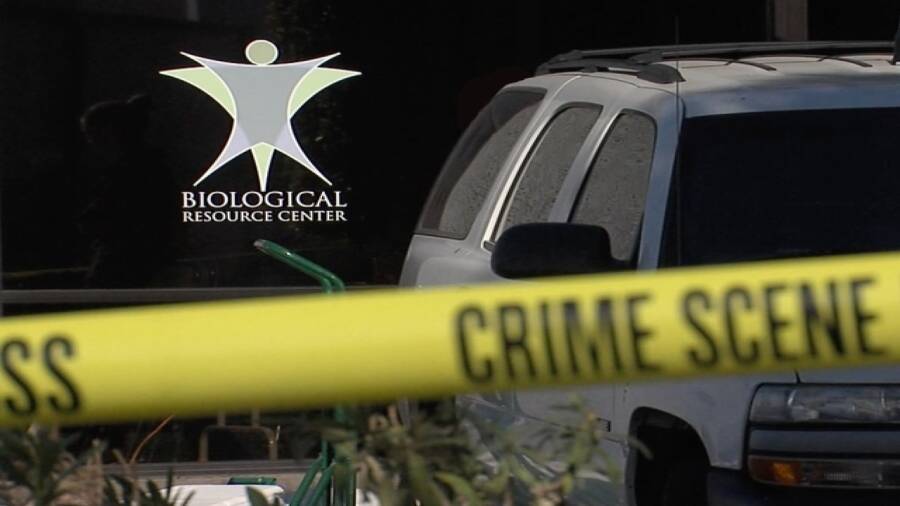 ABC 15 ArizonaScene outside the shuttered Biological Resource Center after it was raided by the FBI.

Years have passed since the Biological Resource Center, which claimed to be a body donation center for medical research, closed its doors after it was raided by federal agents on the suspicion of illegally selling body parts that had been donated to the facility. But now, newly released court documents are detailing the horrors that the FBI found inside the so-called “chop shop.”

As reported by ABC 15 Arizona which first broke the story five years ago, testimonies from federal agents involved in the 2014 raid of the facility paint a grisly picture of the center’s gross misconduct.

In his court testimony, former FBI Assistant Special Agent Mark Cwynar said that he witnessed buckets of heads, arms, and legs piled on top of each other inside the building. None of the limbs and body parts were properly tagged with identification as to which donor they came from. Cwynar also saw a cooler filled with severed penises.

But perhaps most disturbing from the former agent’s court statements was the ungodly scene of mismatched body parts. Cwynar described seeing a torso “with the head removed and replaced with a similar head sewn together in a Frankenstein manner.”

It became evident that the facility was illegally selling body parts overseas to as-yet-unknown entities.

“Confused and angry. We thought this was going to be doing some good,” an unidentified member of one of the families which had donated the body parts of their late loved one to the fake facility told ABC 15.

At least eight families stated that they donated their loved ones bodies to the facility for medical research. Now, the families are suing the company and its owner, Stephen Gore, for mishandling the donated bodies.

The lawsuit is based on the consent forms that were signed by the families which include the facility’s promise to “treating the bodies with dignity and respect.”

These allegations began to surface after the company told families that they would only use the parts that they needed and would cremate the ones that they didn’t the remains of which they would then return to the families. This evidently did not happen. 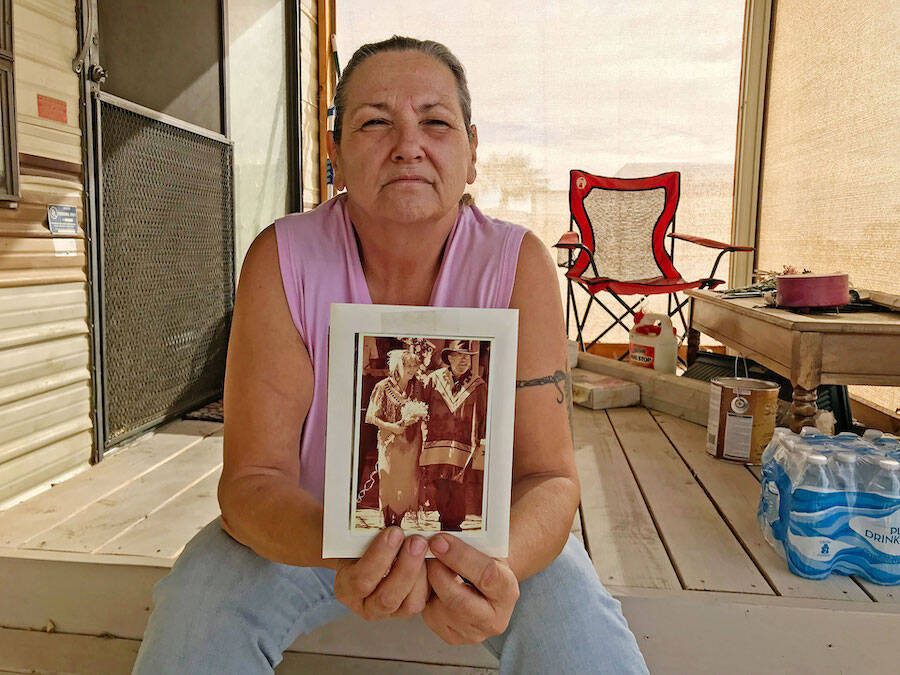 Reade Levinson/ReutersTama DeRosier holds a photo of her husband Robert. His body was donated to BRC in hopes that it would contribute to diabetes research but instead it was sold.

Gore has already pleaded guilty and was sentenced to probation — a slap on the wrist compared to the emotional distress his fake donation center has caused the grieving families. However, these families may still get their justice.

Gore will appear in court again in October to face several of the families who have filed civil suits against him and the company.

More disturbingly, it appears that the FBI may only be scratching the surface of an illegal industry in which this chop shop operated. The Arizona center has a counterpart in Illinois where hundreds of additional families have fallen victim to a similar “body part-brokering scheme” by a company under the same name: Biological Resource Center (BRC).

According to a 2017 in-depth Reuters investigation, the Illinois branch operated independently from the center in Arizona but they still did business together. BRC Illinois received at least 658 body parts from BRC Arizona.

The report estimated more than 2,357 body parts obtained by “brokers” from at least 1,638 people have been misused or desecrated over the course of the last decade.

Federal prosecutors had recommended 21 to 27 months for the father and probation for the son through a plea deal before a federal judge brought the trial to a halt after families of the victims sent letters to the court.

Many families affected by the case in Illinois had been vocal about being left out of court proceedings and claimed that they were unable to provide testimony in court.

“Our voices have been silenced. Justice delayed and perhaps even denied,” read an excerpt from a letter by John Butsch, whose late loved one was mishandled by BRC Illinois.

While neither case has quite been closed, one can only hope that the families will eventually be able to find peace once they have been.

Next, read why shoes with severed feet in them kept washing ashore on Pacific Northwest beaches. And then, discover the unsolved mystery of the Cleveland torso murderer.