Scientists Just Discovered The First Known Case Of The Plague In A 5,000-Year-Old Skeleton

These traces of the Yersinia pestis bacteria, which causes the bubonic plague, suggest that the disease emerged in humans more than 2,000 years earlier than previously thought. 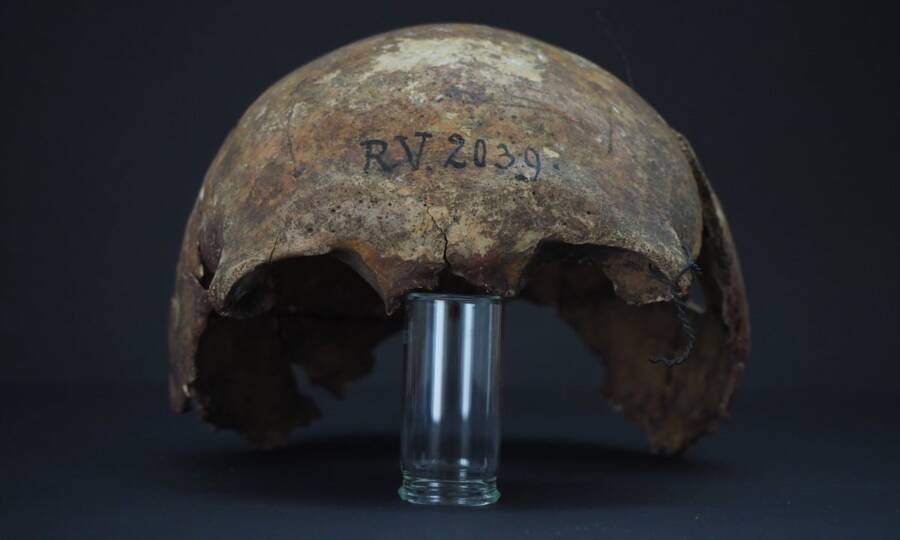 In the 14th century, a terrifying disease dubbed the “Black Death” swept through Europe. Spread by fleas, it devastated the continent and killed nearly half the population. But the plague’s origins are much older than previously thought. Scientists just found a strain of the disease in a 5,000-year-old skeleton.

“Up to now this is the oldest-identified plague victim we have,” stated Dr. Ben Krause-Kyora, the head of the aDNA Laboratory at the University of Kiel in Germany and the senior author of an article describing the discovery in the scientific journal Cell Reports.

First discovered in the 19th century, the skeleton — called “RV 2039” — mysteriously disappeared for over a century. But once RV 2039 resurfaced, Krause-Kyora and his team examined him for traces of bacteria or viruses.

After studying DNA left in his skull and teeth, they were surprised to find Yersinia pestis — the bacteria that causes the Black Death. Previously, scientists had thought that the disease emerged much later.

“What’s most astonishing is that we can push back the appearance of Y. pestis 2,000 years farther than previously published studies suggested,” Krause-Kyora explained.

“It seems that we are really close to the origin of the bacteria.” 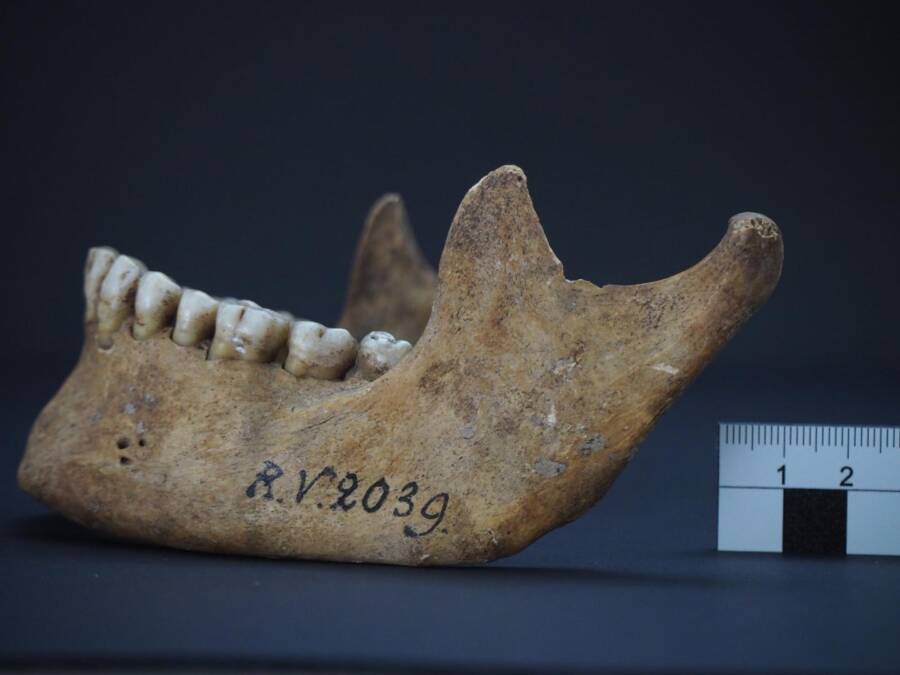 Scientists suspect that RV 2039, who was between 20 and 30 years old when he died, was infected by a rat. He had a high bacterial load in his bloodstream, suggesting that the subsequent infection led to his death.

“He most likely was bitten by a rodent, got the primary infection of Yersinia pestis and died a couple of days [later] – maybe a week later – from the septic shock,” Krause-Kyora said.

But, significantly, the other skeletons found with RV 2039 did not contain traces of Yersinia pestis. That suggests that RV 2039 alone died of the disease. He did not infect others.

Indeed, scientists were able to determine that the bacteria that infected RV 2039 had not yet developed the ability to jump to fleas. And to contract the disease, humans needed to make direct contact with an infected animal.

In other words, the Black Death began as a mild, isolated disease. But over the centuries, it gained strength and evolved to become more infectious. By the 14th-century, it developed the ability to jump from fleas to humans — with devastating results. 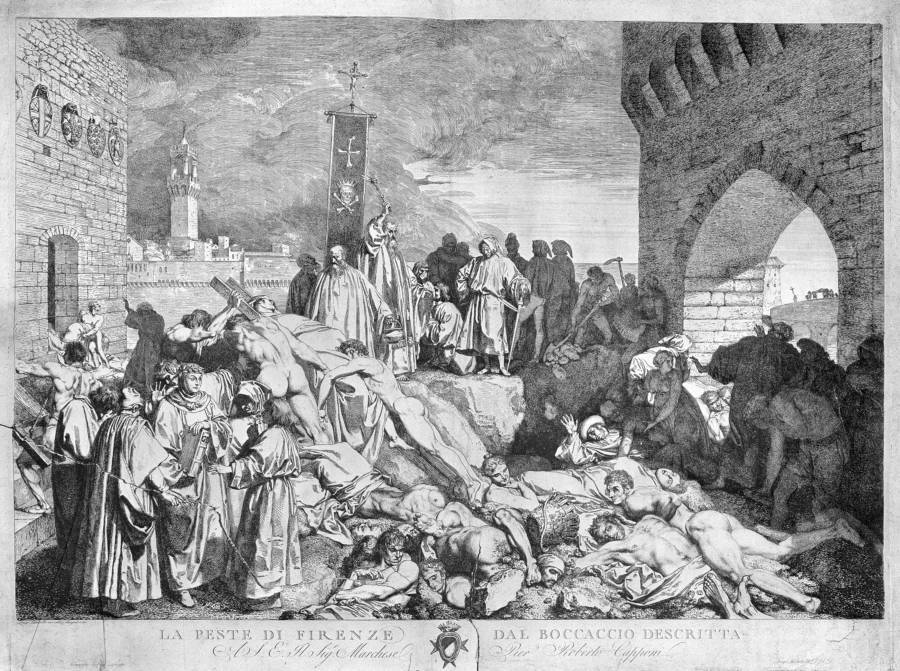 Wikimedia CommonsDepiction of the Black Death in Florence, circa 1348.

The Black Death arrived on the shores of Europe like a tidal wave in 1346. Extremely infectious and deadly, it swept across the continent, devastating entire countries and killing millions. Those infected suffered from pus-filled boils in their lymph glands, fever, chills, headaches, shortness of breath, hemorrhaging, coughing up blood, vomiting, and delirium.

But the plague’s origins remain murky. Historians have long thought that the Black Death developed as humans began to congregate in cities. Cities — especially surrounding the Black Sea — packed humans and domestic animals close together. In that environment, diseases could quickly spread.

The first recorded pandemic caused by Yersinia pestis was the Plague of Justinian from 541 to 549 A.D. It killed nearly a fifth of the city of Constantinople and spread throughout the Mediterranean Basin, Europe and the Near East.

However, the discovery of the plague bacteria in RV 2039 complicates this history. RV 2039 did not live in a city. He lived as a relatively isolated hunter-gatherer, long before the emergence of sprawling metropolises. 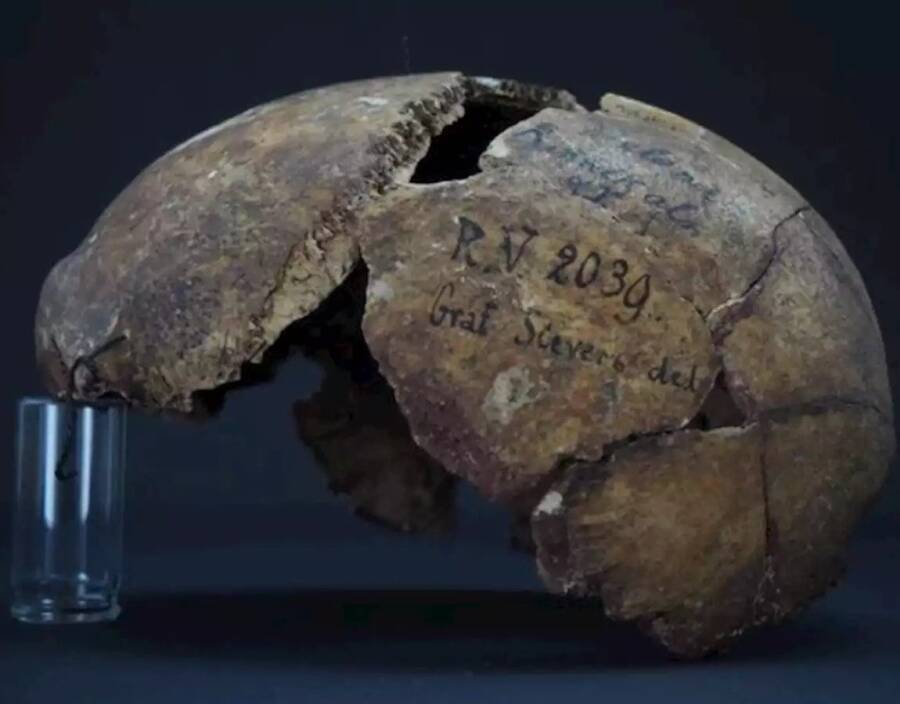 Dominik Göldner, BGAEU, BerlinA side view of the skull of RV 2039, discovered in the 19th century in Riņņukalns in present-day Latvia

“Isolated cases of transmission from animals to people could explain the different social environments where these ancient diseased humans are discovered,” explained Krause-Kyora.

“We see it in societies that are herders in the steppe, hunter-gatherers who are fishing, and in farmer communities – totally different social settings but always spontaneous occurrence of Y. pestis cases.”

The discovery of the plague bacteria in RV 2039 also complicates another historical hypothesis. At the end of the Neolithic Era, the human population suffered an alarming drop. Scientists aren’t sure why, but many have suggested an early outbreak of the Black Death as a cause.

However, because Krause-Kyora thinks the early form of the disease may have spread slowly and infected few people, he believes that this population drop was likely due to environmental factors. Other historians aren’t so sure.

“The individual does in fact overlap with the Neolithic decline,” pointed out Simon Rasmussen of the University of Copenhagen. “We know that large settlements, trade, and movement happened in this period, and human interaction is therefore still a very plausible cause of the spread of plague in Europe at this time.”

That said, there’s still plenty to learn about the Black Death and how diseases have developed throughout human history. And this discovery is set to update the established timeline of how relatively harmless bacteria can evolve to cause deadly pandemics — it may just take 2,000 years.

After reading about the world’s earliest known plague victim, learn about the terrifying tasks that faced Medieval plague doctors. Or, discover all the awful Black Death symptoms that people suffered.