Joan Crawford’s Daughter Exposed Her Sadistic Behavior — But How Truthful Were Those Claims?

Christina Crawford famously claimed in "Mommie Dearest" that her mother was a sadistic parent. But those closest to Joan Crawford disagreed.

Joan Crawford was one of the biggest American movie stars of all time, but her daughter Christina Crawford claimed that the glamorous facade hid a cruel and sadistic personality. Where does the truth lay?

Go behind the story of “Mommie Dearest” and one of the most infamous families in Hollywood history. 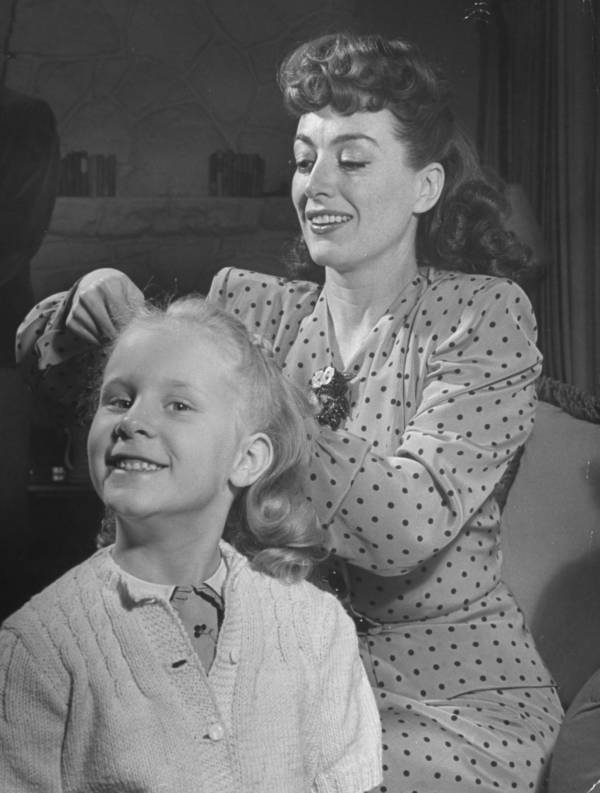 Joan Crawford’s New York Times obituary stated that, “Miss Crawford was a quintessential superstar—an epitome of timeless glamour who personified for decades the dreams and disappointments of American women.” 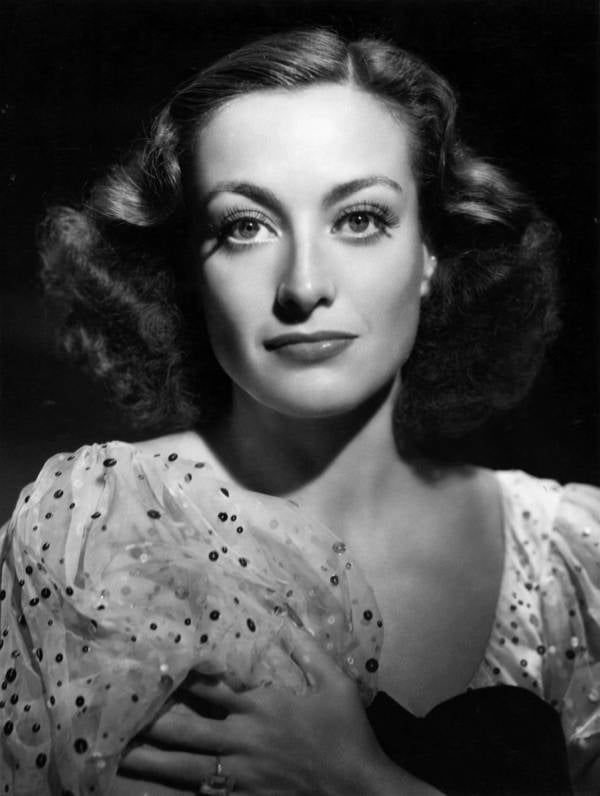 Wikimedia CommonsJoan Crawford was one of Hollywood’s biggest stars during the movie industry’s Golden Age.

Indeed, during her nearly five-decade career, Joan Crawford starred in some of the most widely-praised films of her time. She received an Academy Award for Best Actress in a Leading Role in 1946 for her portrayal as a hardworking mother trying to provide for an ungrateful daughter in Mildred Pierce.

30 years later, Christina Crawford revealed how Joan’s life had imitated art in ways her legions of fans could never have envisioned.

Christina Crawford And Her Childhood 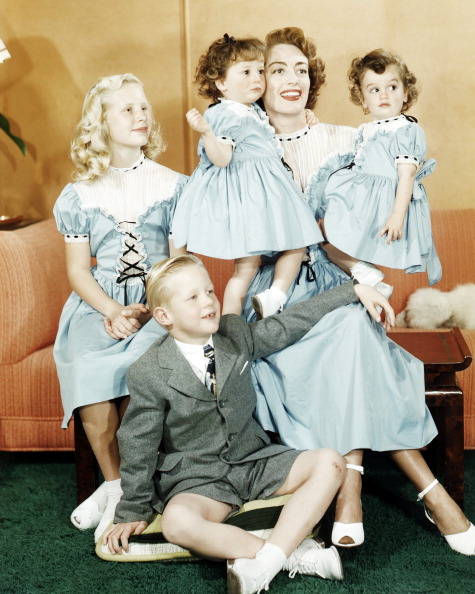 Christina Crawford was the eldest of Joan’s adopted children. Unable to have any children of her own, the actress adopted Christina in 1939, followed by Christopher in 1943, and two twin daughters, Catherine and Cynthia, in 1947. Joan Crawford had attempted to adopt a child prior to Christina, but he was reclaimed by his birth mother.

Although five children saved from abandonment and brought in by one of the world’s biggest actresses may have seemed like a real-life fairytale, Christina Crawford claimed it was nothing less than a nightmare. 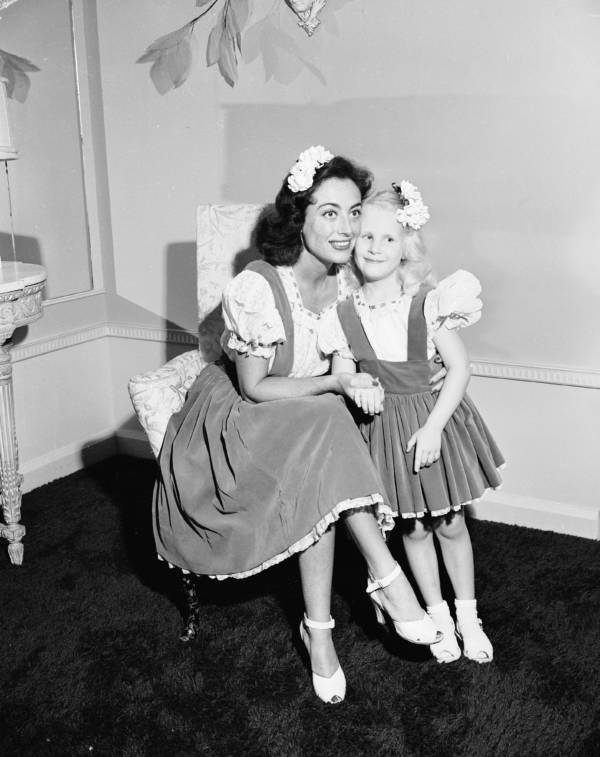 In Christina Crawford’s 1978 autobiography Mommie Dearest (which would later be turned into a film starring Faye Dunaway), Christina revealed that far from being a generous and caring maternal figure, Joan was an alcoholic who physically and emotionally abused her adopted children.

Christina described how she and Christopher bore the brunt of the abuse, with Christopher being strapped down into his bed with a harness each night so that he couldn’t get up to go to the bathroom.

In one chapter of the book (which would become the most famous scene in the movie), Christina recalled how Joan went into a blind rage after discovering a forbidden wire hanger in her daughter’s closet one night. The Oscar-winning actress “ripped the clothes off their hangers” and flung them all onto the floor before seizing Christina by the hair.

Christina Crawford recalled how “with one hand she pulled me by the hair and with the other she cuffed my ears until they rang” all the while screaming “no wire hangers!” before proceeding to destroy Christina’s part of the room and then ordering her to “clean up your mess.”

The autobiography became an immediate best-seller and “no more wire hangers” has since been a pop culture staple. For many people, Joan Crawford will forever be associated as a deranged mother instead of a sophisticated star.

The book and film became so popular that the stories of Joan Crawford’s cruelty were in some ways accepted as fact. But many of the people closest to her were quick to jump to her defense and upend the stories of Christina Crawford. 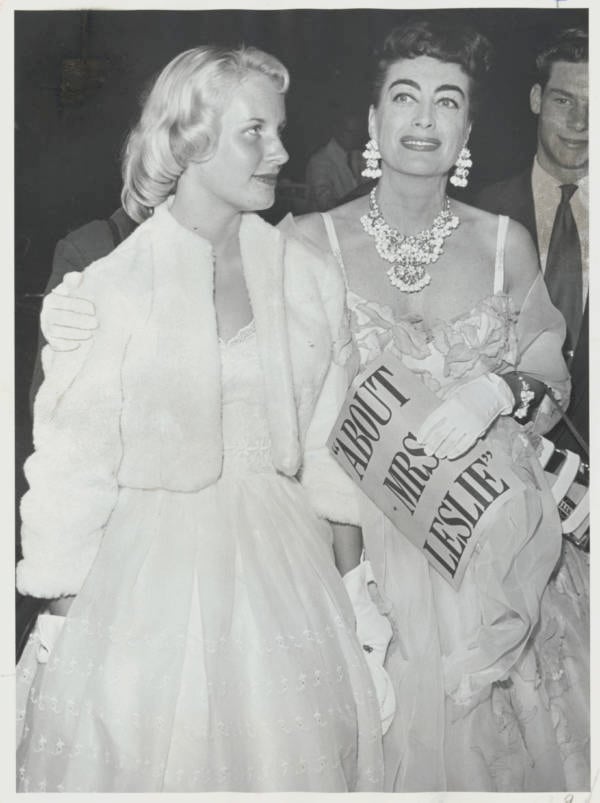 GettyJoan and Christina Crawford at the About Mrs. Leslie premier.

The Aftermath Of Mommie Dearest

One of Joan Crawford’s staunchest defenders against the claims of Christian Crawford was actually her biggest rival: Bette Davis.

The famous rivalry was often capitalized on for classic movie roles, like What Ever Happened To Baby Jane?, which featured Crawford and Davis as bickering sisters. But even Davis, who “was not Miss Crawford’s biggest fan,” dismissed Christina Crawford’s expose.

She said that the book as “trash” and declared it was a “terrible, terrible thing” for Christina to have done to “someone who saved you from the orphanage, foster homes.”

Douglas Fairbank’s junior, Joan Crawford’s former husband and movie star in his own right, also wholeheartedly dismissed Christina’s accusations by stating that Joan beating her children “would not only have been out of character, but she only used covered padded hangers.” 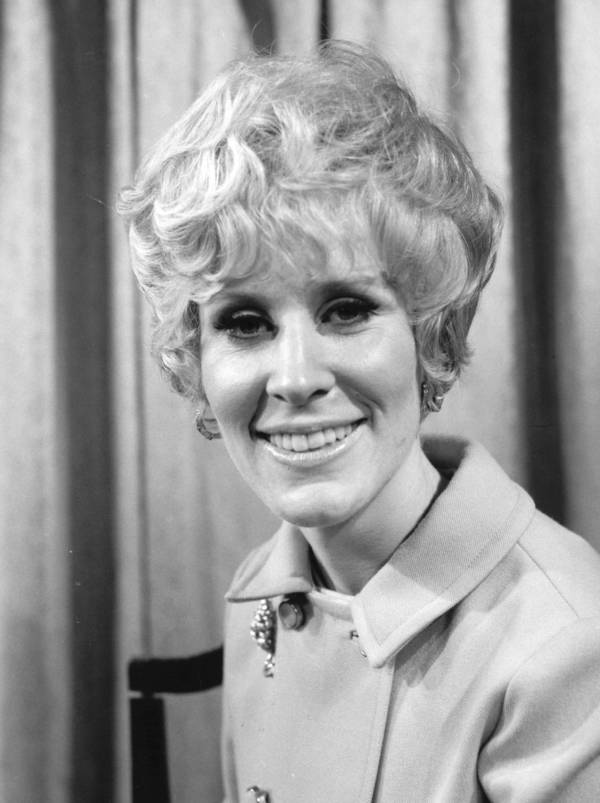 It wasn’t only other Hollywood stars who came to Joan’s defense, but also her other children.

Catherine and Cynthia, Joan’s adopted twin daughters, were heartbroken about their adopted sister’s portrayal of their mother. Catherine stated that Christina “lived in her own reality” and that “Our Mommie was the best mother anyone ever had.”

Catherine remembers Joan as an affectionate and caring mother, who once rushed off a set in the middle of filming upon getting a call from Catherine’s school that she had broken her wrist on the playground. Joan drove her daughter to the doctor herself, still in her full movie makeup, a far cry from Dunaway’s portrayal of a violent and vain star.

Another disturbing scene from Mommie Dearest.

Joan herself never read the biography of Christina Crawford as it was published after she died, although she knew Christina had been writing it. A year before her death in 1976, she rewrote her will to exclude both Christina and Christopher, “for reasons which are well known to them.”

After learning about the fraught relationship between Joan and Christina Crawford and the real story behind “Mommie Dearest,” read about five of the earliest Hollywood scandals. Then, check out these pictures of vintage Hollywood.