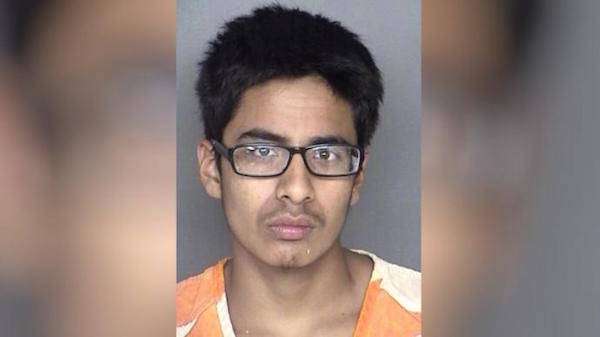 A 17-year-old in Texas shot a 16-year-old in the face — all because of the social media-fueled “No Lackin challenge.”

On June 10 in Grimes County, Texas, 17-year-old Raul Garcia Jr. and a 16-year-old friend (whose name has not been released) were driving around when they decided to play the No Lackin challenge, also known as the You Lackin challenge.

Not many people have heard of it, but this dangerous challenge has surfaced a few times on YouTube and the like over the past year. It involves one person pointing a gun at another person and asking, “You lackin?” Then, the other person is to pull out their own gun, point it at the first person’s face, and reply “no.”

Now, the challenge doesn’t involve ever pulling the trigger, but that’s not how things happened for Raul Garcia Jr., reported local CBS7 news.

Grimes County Sheriff’s Office investigator Kindale Pittman said that the two boys were playing the No Lackin challenge when the car hit a bump and Garcia accidentally shot his friend in the mouth.

Garcia then called 911 saying that his friend had been shot, but the cell phone connection was lost during the call. By the time the Grimes County dispatchers were able to make contact with him again, Garcia said he was driving his 16-year-old friend to a hospital in Huntsville.

Law enforcement met the two teenagers at the hospital. The victim survived and was taken in for treatment, while Garcia was taken into custody on an aggravated assault with a deadly weapon charge. A second-degree felony, it’s punishable by two to 20 years of confinement and fines up to $10,000. Garcia has since been released on $3,000 bond.

The victim was reported as being in stable condition.

This isn’t the first time the No Lackin challenge has caused life-threatening consequences. In January, a 17-year-old from Memphis was rushed to the hospital after he was accidentally shot in the head by his friend’s .40-caliber handgun while participating in the game.

“Guns aren’t toys,” Pittam said. “I would highly recommend to parents to monitor their children’s social media to determine what they’re looking at. If they were to find something that’s concerning, sit down and talk with them.”