Scientists Have Reconstructed The Face Of A 9,000-Year-Old Teenager

A team of scientists worked together to reconstruct the face of a teenager using a 9,000-year-old skull found in Greece.

Guess teenagers were just as angsty 9,000 years ago.

Meet Dawn, a teenager from the Mesolithic period, which was around 7,000 B.C. Her face was reconstructed by scientists using a skull that was found in 1993.

Based on bone and teeth analysis, Dawn is between 15 and 18 years old. Her face is scowled and her jaw protrudes out. Researchers guess the reason for this is because she would regularly chew on animal skin to make soft leather. This wasn’t because it was a unique hobby; this was a common practice at the time.

Dawn’s skull was first discovered in the Thessaly region of Greece in Theopetra cave, where people lived 100,000 years ago.

When she was discovered, she was named Avgi, the Greek word for Dawn, because she lived during the dawn of civilization. Researchers have determined that Dawn may have been anemic. She also possibly had scurvy, as well as hip and joint problems. These problems could have made moving hard for her, possibly leading to her death. 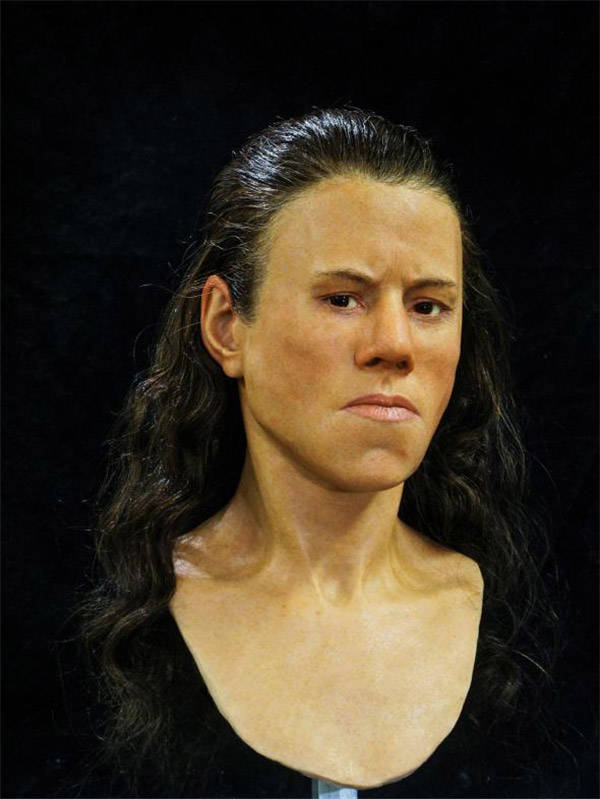 It took a team of endocrinologists, orthopedists, neurologists, pathologists, and radiologists to completely reconstruct Dawn. Manolis Papagrikorakis, an orthodontics professor, led the team in creating the silicone reconstruction.

The group also worked with Oscar Nilsson, a Swedish archaeologist and sculptor who is an expert in recreating faces from skulls.

Nilsson has a bit of a how-to guide on reconstructing a face on his website, but the general technique is to start with the skull. Researchers then take a CT scan and use a 3D printer to make a replica with the correct measurements. Then the face is fleshed out, muscle by muscle. Measurements, as well as research on regional traits of the time, are used to fill in the rest of the features.

Aside from it being cool, scientists say the reconstruction gives insight into how facial features have changed over time. Most notably, they point out how faces have smoothened since Dawn’s time period.

Dawn is now on display at the Acropolis Museum in Athens, Greece.

Now you might want to check out the 1,200 viking sword that was discovered on a Norwegian mountain. Then, read about the scientists who claim to have found oldest fossils ever.