For decades, scientists could not agree on whether to classify the Dickinsonia as an animal or not — until this new study showed that it is actually the oldest known animal. 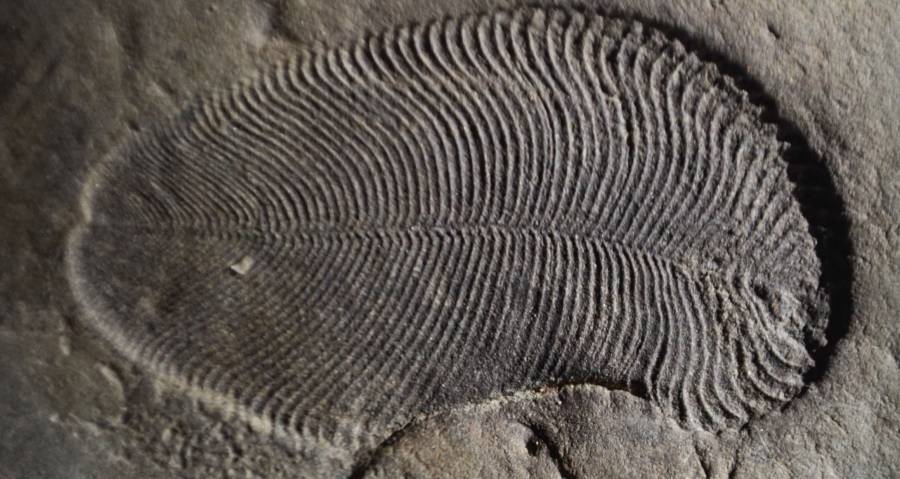 A decades-long debate over a 558 million-year-old fossil has now been settled after scientists were able to identify it as one of the Earth’s earliest known animals.

The fossil, Dickinsonia, was first discovered back in 1947 by Australian scientists inside a Russian cliff near the White Sea. It was unclear to scientists until now, however, whether the fossil could be considered that of an animal or otherwise.

The study, published in Science, discovered molecules of fat in the ancient Dickinsonia fossil which confirmed that it was in fact an animal.

“Scientists have been fighting for more than 75 years over what Dickinsonia and other bizarre fossils of the Ediacaran Biota were: giant single-celled amoeba, lichen, failed experiments of evolution or the earliest animals on earth,” Jochen Brocks, a professor at Australian National University and one of the study’s authors, said in the statement. 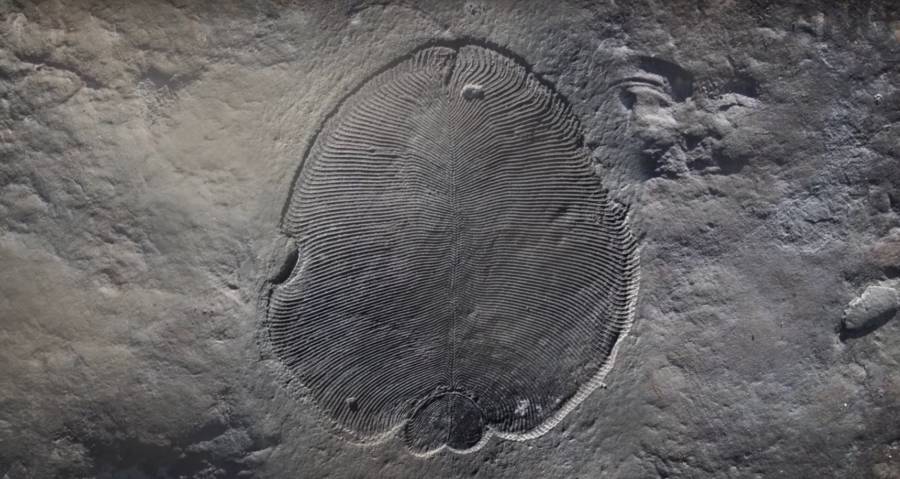 The Ediacarans are among the earliest examples of complex organisms on Earth. There has been much debate among scientists over whether or not these organisms could be considered animals.

“The fossil fat molecules that we’ve found prove that animals were large and abundant millions of years earlier than we previously thought,” Brocks said.

The Dickinsonia fossil on display.

The strange creature Dickinsonia was oval-shaped with rib-like segments throughout its body. It could reach lengths of up to 1.4 meters long, according to a statement from the Australian National University.

The team speculated that if they could extract molecules from inside the fossil rather than outside the fossil, then they would be able to determine the composition of the creature that made the fossil.

However, in order to test this new approach, researchers needed to find Dickinsonia fossils that still contained organic matter.

Ilya Bobrovskiy, the lead author of the paper, traveled to the secluded cliffs in Russia to extract more Dickinsonia fossils:

“I took a helicopter to reach this very remote part of the world – home to bears and mosquitoes – where I could find Dickinsonia fossils with organic matter still intact,” Bobrovskiy said. 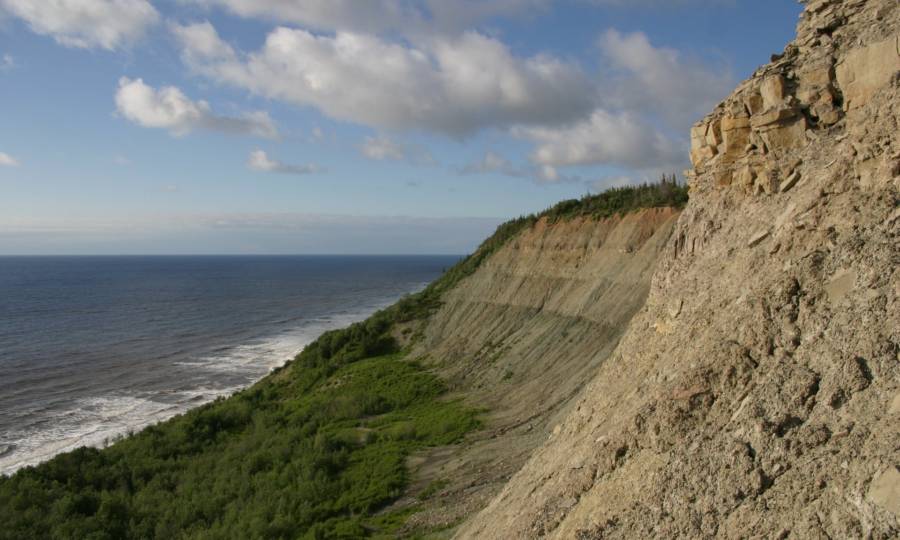 Ilya BobrovskiyThe cliffs where the fossils were found.

“These fossils were located in the middle of cliffs of the White Sea that are 60 to 100 meters high. I had to hang over the edge of a cliff on ropes and dig out huge blocks of sandstone, throw them down, wash the sandstone and repeat this process until I found the fossils I was after,” he continued.

His hard work paid off because when the team examined these new fossils, they found a startling abundance of cholesterol, which is “a type of fat that is the hallmark of animal life.” This allowed them to, once and for all, classify the Dickinsonian as animals.

With this new confirmation, a debate that has raged on since 1947 can now finally be put to bed, and we can understand just a bit more about life as we know it on the planet.

Next, check out the jawbone discovered by scientists that is the oldest human fossil ever found. Then take a look at “Little Foot,” the 3.7 million-year-old hominid skeleton.