Ancient Egyptians Violently Sacrificed Kittens And Cobras Before Mummifying Them 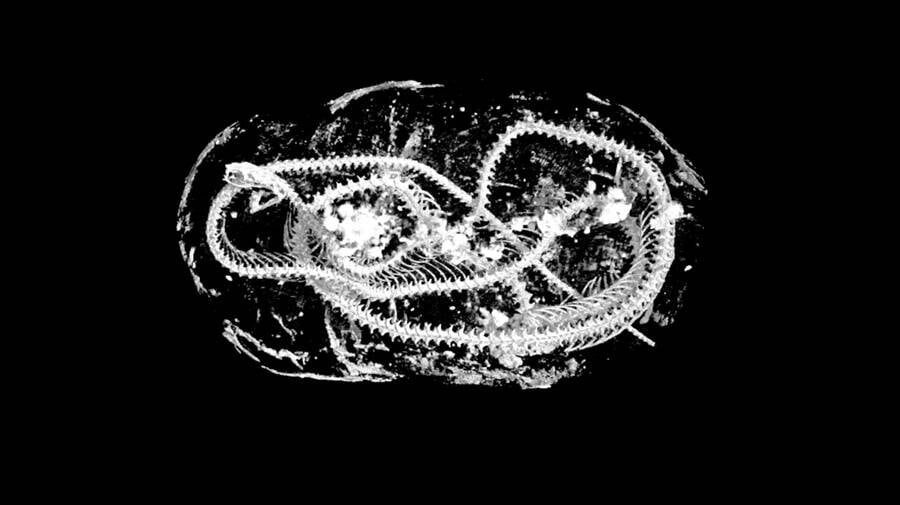 A team of researchers from the University of Swansea in Wales dissected the remains of mummified animals from Ancient Egypt. The examination was carried out without desecrating the artifacts via advanced high-resolution 3D digital scanning, resulting in a “digital unwrapping” of the ancient remains.

According to Gizmodo, the mummified animals date back to 2,000 years ago. Examining their embalmed remains has given researchers a bevy of insight into how the animals may have lived and died so long ago. The study was published in Scientific Reports.

The specimens were the wrapped corpses of a bird, a cat, and a snake. Although the use of X-ray scans to study ancient mummies has become an exceedingly common practice among archaeologists, the team of researchers in this study used X-ray microcomputed tomography, also called micro CT scanning.

The advantage with this specific technology is that it provides incredibly high-resolution images that are 100 times more detailed than images from a regular medical CT scan. Not only that, but the images also provide a 3D perspective of the subjects. The technology is so sharp that it has enabled the team to examine the mummified animals’ teeth.

“Using micro CT we can effectively carry out a post-mortem on these animals, more than 2000 years after they died in ancient Egypt,” said Richard Johnston, a professor at Swansea University, who led the study.

“These are the very latest scientific imaging techniques. Our work shows how the hi-tech tools of today can shed new light on the distant past.”

Johnston and his team were able to mine significant information about the wrapped-up animals through the incredibly detailed images from the micro CT scans.

“I selected a few samples with varied shapes that would demonstrate the technology, without knowing what we would find at that stage,” Johnston told Gizmodo of his strategy in selecting which specimens to examine.

“Hence selecting a cat, bird, and snake mummy. There are many examples of these mummified animals in museums, and they have been studied through history. We aimed to test the limits of what this technology could reveal that wasn’t possible before.”

Micro CT scans of the cat mummy revealed it had been a domesticated feline that died when it was less than five months old, which researchers were able to learn by “slicing” through the virtual mummy scans of the kitten’s jaw. It was information that hadn’t been picked up by previous researchers through analyzing the 3D data on a 2D screen and in the 3D print. 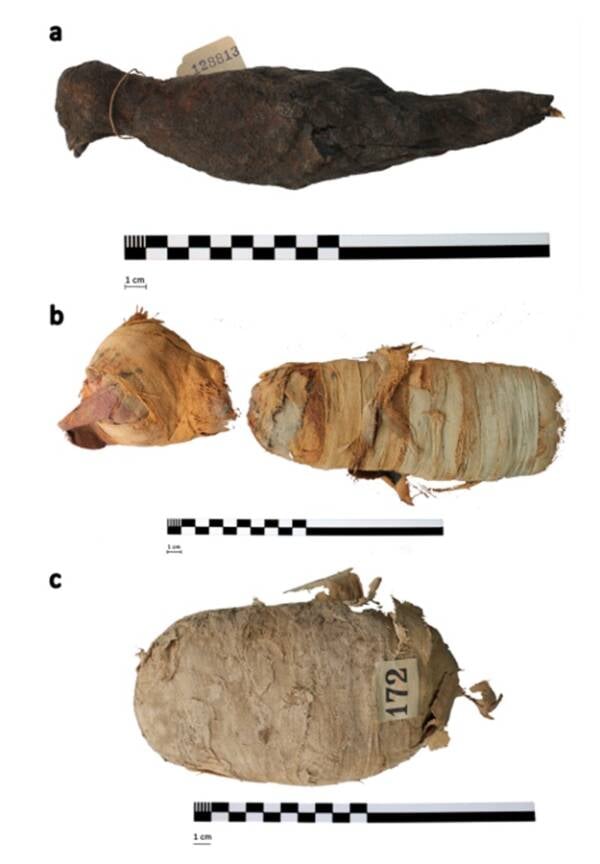 Swansea UniversityExterior of the mummified animals: a bird (a), a cat (b), and a snake (c).

The kitten’s neck was also broken, which either occurred right before it had died or just before its mummification to keep its head in an upright position for its embalmment.

For the snake mummy, the team found it was a juvenile Egyptian cobra that had developed a form of gout, likely because it was dehydrated when it was alive. Spinal fractures on the mummified snake suggest it was killed by being whipped onto a hard surface, a technique often used to kill snakes. There was hardened resin inside its throat which likely came from the mummification process.

The mummified bird, meanwhile, was a small type of falcon called the Eurasian kestrel. The identification of its species was possible due to the micro CT scan which enabled researchers to take the exact measurements of its bones, leading to its identification. Unlike the other two, no parts of the bird’s backbone were broken.

The scientists concluded that the mummies examined in this study were likely sacrifices, not pets writing, “Mummified animals were purchased by visitors to temples, who, it has been suggested, would offer them to the gods, in a similar way that candles may be offered in churches today.”

An estimated 70 million animals were mummified over 1,200 years which has led scientists to study animal mummification as a booming production industry of the times.

Next, Johnston and his team hope to continue their experiments using the new micro CT scan technology to hopefully uncover more valuable information that may have been overlooked.

Next, take a look inside the ancient crocodile mummy that was deliberately hunted down for mummification and then meet ‘Stuckie,’ the mummified dog who has been stuck in a tree for over 50 years.